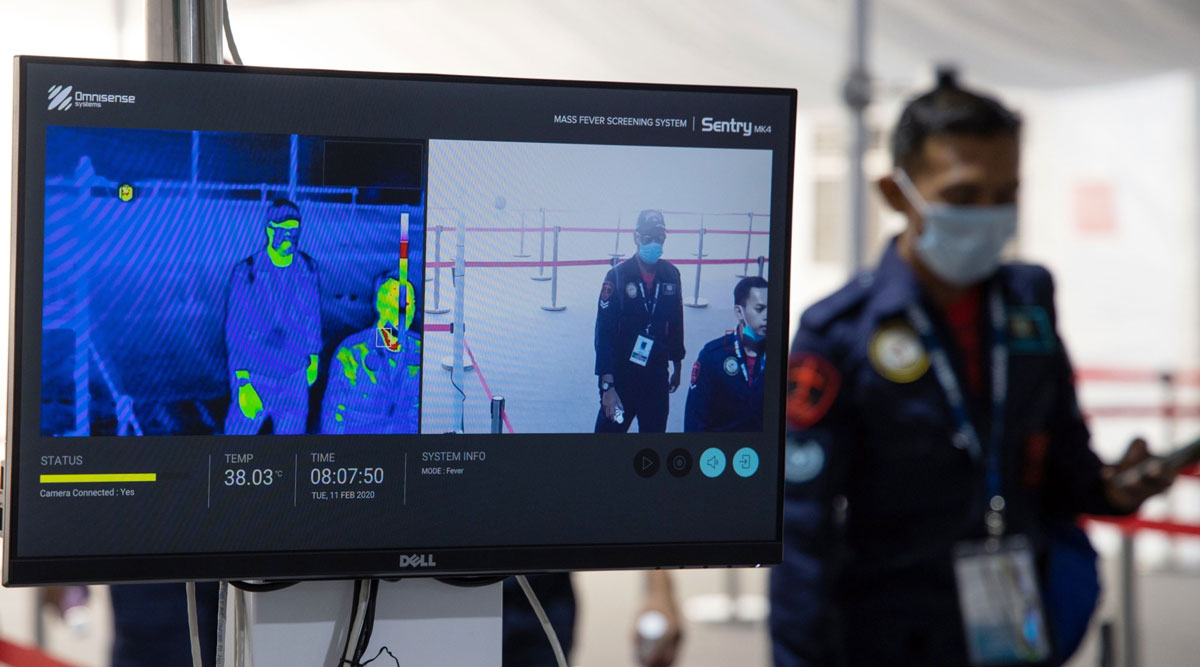 A monitor displays a thermographic image to detect abnormal temperatures in attendees at the Singapore Airshow on Feb. 11. (SeongJoon Cho/Bloomberg News)

In a world dominated by email and smartphones, the shipping industry still relies heavily on paper documents delivered by courier. With people unable or unwilling to travel to China because of the coronavirus, that dependence is wreaking havoc on commodities traders.

Some critical documents, such as bills of lading and letters of indemnity, aren’t getting to mainland China, and ship owners are unwilling to release cargoes to their buyers without them, according to three traders in the physical copper market, who asked not to be named discussing commercial issues.

It’s another example of the challenge posed by the coronavirus in physical commodity markets and shows the problem of relying on hand-delivered paper documents in a complex, global supply chain.

“The coronavirus is bringing to light all of these things that you wouldn’t think of as problems, which are actually hugely significant and critically important problems that need to be solved,” said Alexander Goulandris, co-founder of paperless trade platform essDOCS. “When you get these black-swan events, there’s no rulebook.”

One trader said he’s had difficulty getting shipping documents needed for a cargo transfer for a ship traveling via river in mainland China. Other traders said a lack of couriers is a major business headache right now, though they didn’t provide specifics.

While many shipping problems are slowly being solved as the extended Lunar New Year holiday ends, traders expect some logistical issues to remain.

DHL’s pick-up, delivery and warehousing services in Hubei province — the epicenter of the outbreak — are currently suspended, a spokesperson said Feb. 10. Authorities have imposed restrictions on movement in other provinces and cities as well, DHL said.

FedEx is running flights in and out of China as local conditions allow, the company said. Chinese logistics firm SF Express has advised customers that deliveries could take longer than usual.

Despite several initiatives backed by major trading houses, producers and banks, the path to paperless trade in metal markets has been frustrated by legal, technological and regulatory complexities. Traders have also had reservations about submitting commercially sensitive data to unified electronic shipping systems.

Some iron ore and coal shippers have made the switch to electronic documentation, helping them to dodge the issues facing traders in other metals markets, according to Tom James, chief executive officer of TradeFlow Capital Management Pte.

“This could be a positive catalyst, when the industry realizes that you can’t do what you have been doing,” James said. “They won’t really change unless they are forced to change.”