Containerships Headed for US Poised to Worsen Port Bottlenecks 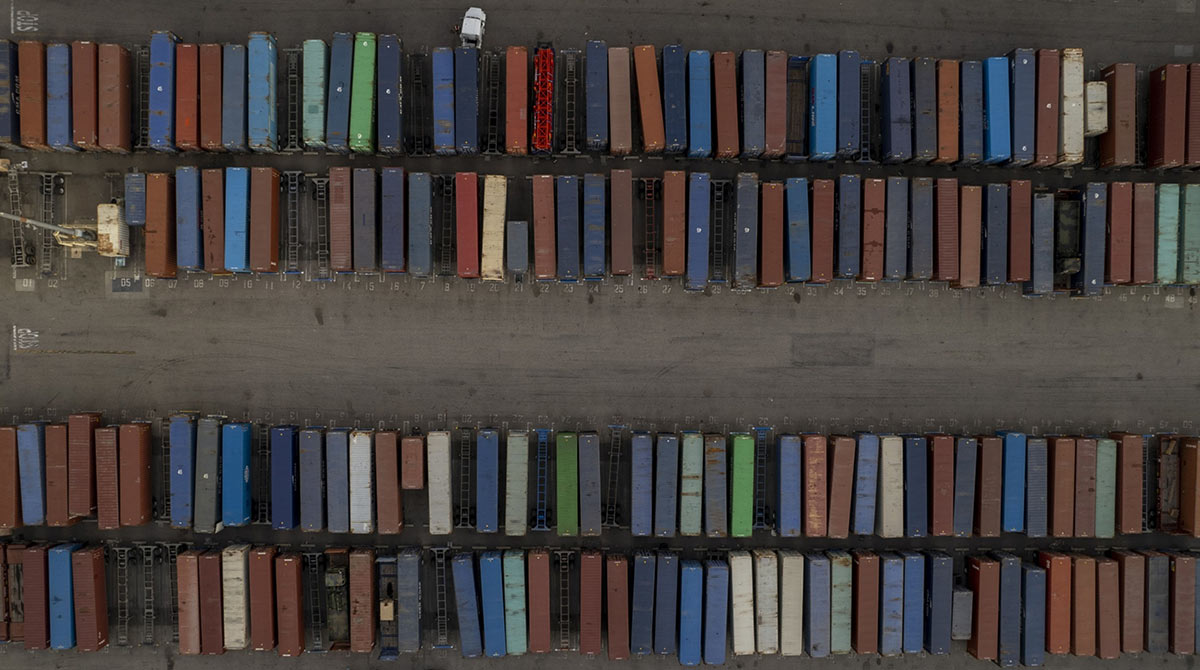 Containers at Port of Los Angeles by Kyle Grillot/Bloomberg News

The backlog of ships outside the twin ports of Los Angeles and Long Beach — America’s largest gateway for ocean freight — is poised to worsen.

There’s now a record of 80 container vessels waiting off Southern California, with more on the way from Asia. The bottleneck that started almost exactly a year ago shows little sign of letting up, according to a Bloomberg analysis of shipping data.

With the waiting area off Los Angeles starting to stretch farther and farther off the coast, Bloomberg’s Port Congestion Tracker has rebenched its anchorage area for the ports to more accurately show the total ships in queue. While counts for ships in port remain the same, total counts have ballooned to 112, surpassing Singapore for the world’s third-largest holding area for containerships.

The supply snarls swamping the West Coast followed similar backups that the ports of Hong Kong and Shenzhen dealt with in the aftermath of Typhoon Kompasu last week.

The total count of containerships off the Pearl River Delta now stands at 237, after reaching an April-to-October high of 279 earlier in the week. While the dwindling count doesn’t ensure those ports are completely back to normal, it does suggest that the worst might be over.

That might increase the pressure on ports on the receiving end of containers sent from China.

Canada’s port of Vancouver is now dealing with its highest volume of containers since Bloomberg started tracking the data in April, as 21 vessels were counted off its coast on Oct. 22. Russia’s port of Vladivostok saw 11 waiting vessels, full with Chinese cargo.