Consumer Sentiment Falls Most Since 2012 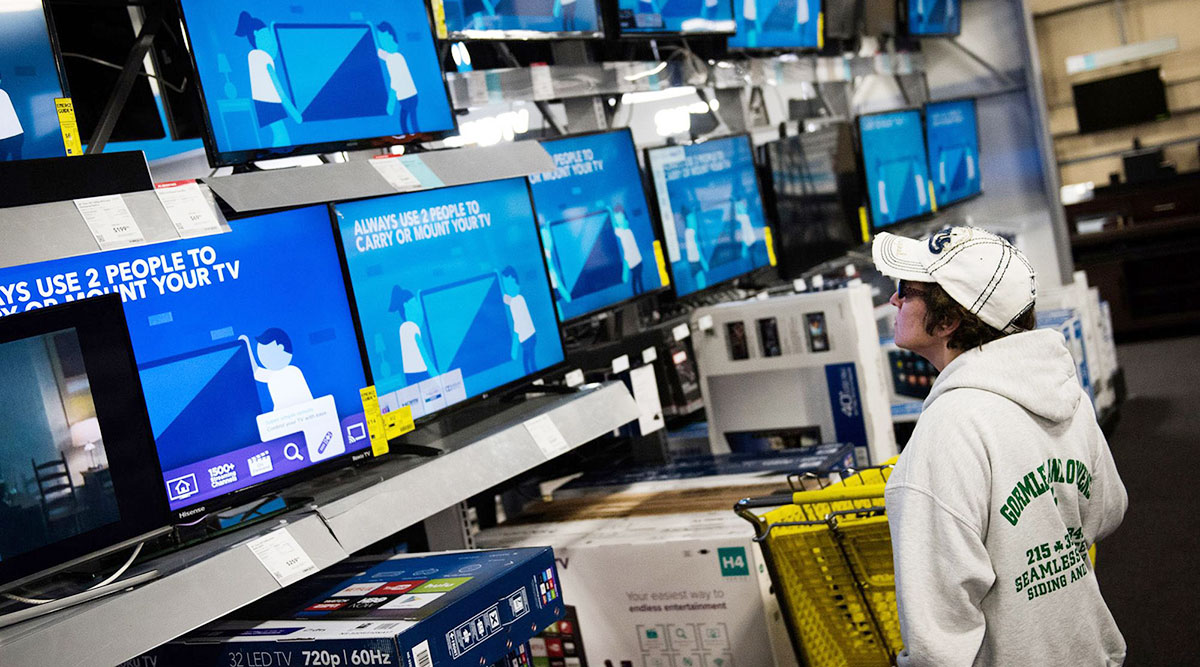 U.S. consumer sentiment fell the most in six years, slumping to the lowest level of Donald Trump’s presidency as Americans expressed concern about how his tariffs will affect the economy.

The University of Michigan’s final sentiment index fell to 89.8 in August from a previously reported 92.1 and 98.4 in July, data showed Aug. 30. The gauge of current conditions dropped to the lowest since October 2016, while the expectations index matched January as the weakest since that same period. The 8.6-point drop from July was the largest since December 2012 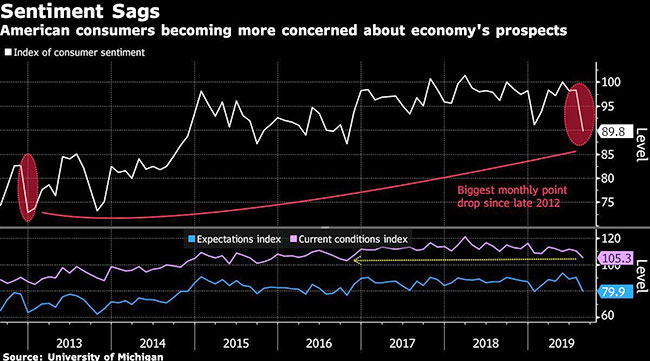 The increasingly downbeat mood suggests growing concern about trade policy uncertainty and a potential economic downturn are weighing on attitudes. Sentiment may face further headwinds as the trade war with China escalates, with additional tariffs set to go into effect Sept. 1.

Buying attitudes toward appliances, home electronics and other household durable goods fell to a five-year low on tariff concerns. Attitudes toward buying vehicles were the dimmest since 2013, with references to high prices reaching the highest since 1997, according to the report.

Consumer Confidence Slips in May Amid Stubborn Inflation