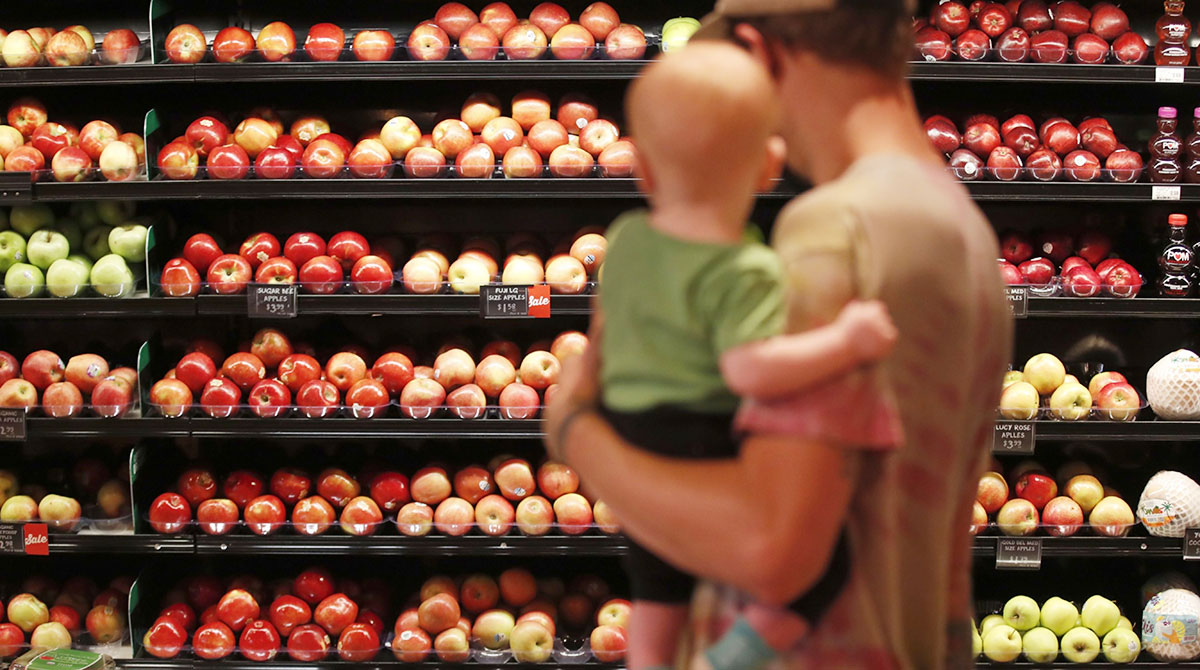 U.S. consumer sentiment unexpectedly collapsed in early November as Americans grew increasingly concerned about rising prices and the inflationary impact on their finances.

The University of Michigan’s preliminary sentiment index decreased to 66.8 from 71.7 in October, data released Nov. 12 showed. The November figure trailed all projections in a Bloomberg survey of economists that called for an increase to 72.5.

Waning confidence reflects “ an escalating inflation rate and the growing belief among consumers that no effective policies have yet been developed to reduce the damage from surging inflation,” survey director Richard Curtin said in a statement.

Consumers expect inflation to rise 4.9% over the next year, the highest since 2008, the report showed. They expect prices will rise 2.9% over the next five to 10 years, unchanged from the previous month. 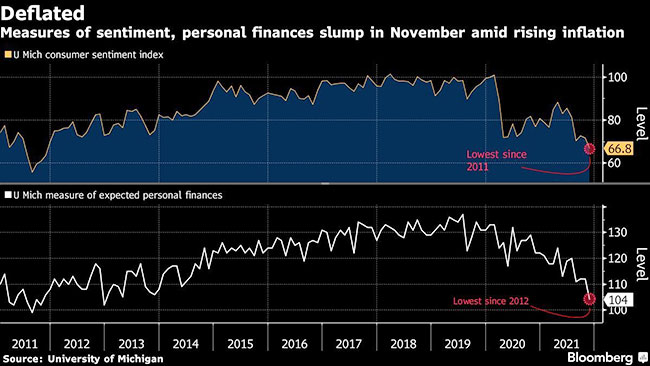 “One in four consumers cited inflationary reductions in their living standards in November, with lower income and older consumers voicing the greatest impact,” Curtin said.

About half of all families anticipate declines in inflation-adjusted incomes next year, according to the data. The sentiment figures follow government data earlier in the week that showed the highest annual inflation in three decades.

While consumers are growing more distraught over inflation’s impact on buying conditions, household spending showed signs of improving at the end of a soft third quarter.

“Looking ahead, the risk is outsize, persistent price rises feed into the consumer-inflation psyche,” Bloomberg economist Eliza Winger said in a note. “In the near term, shortages and prices should restrain inflation-adjusted spending.”

President Joe Biden said in a statement earlier this week that addressing rising inflation is a top priority as he faces declining approval ratings. The Michigan figures showed a deep divide along partisan lines. Sentiment among Republicans plunged 17 points to the lowest on record while for Democrat respondents it slipped 5.3 points.

The Michigan report showed buying conditions for household goods deteriorated sharply, with a gauge falling to a reading of 78 that was the second-lowest in data back to 1978. There were more frequent mentions in the survey of higher costs for vehicles, durable goods and homes.

Twenty-four percent of households expect to be worse off in the coming year, the highest since June 2008, according to Curtin.

The gauge of current conditions dropped to 73.2, the lowest since 2011. A measure of future expectations decreased to 62.8, which was the weakest since 2013, according to the survey.

Americans also are more pessimistic about the economy’s prospects over the coming five years. The university’s gauge fell to the lowest since 2011.