Consumer Prices Rose in July but at Slower Pace 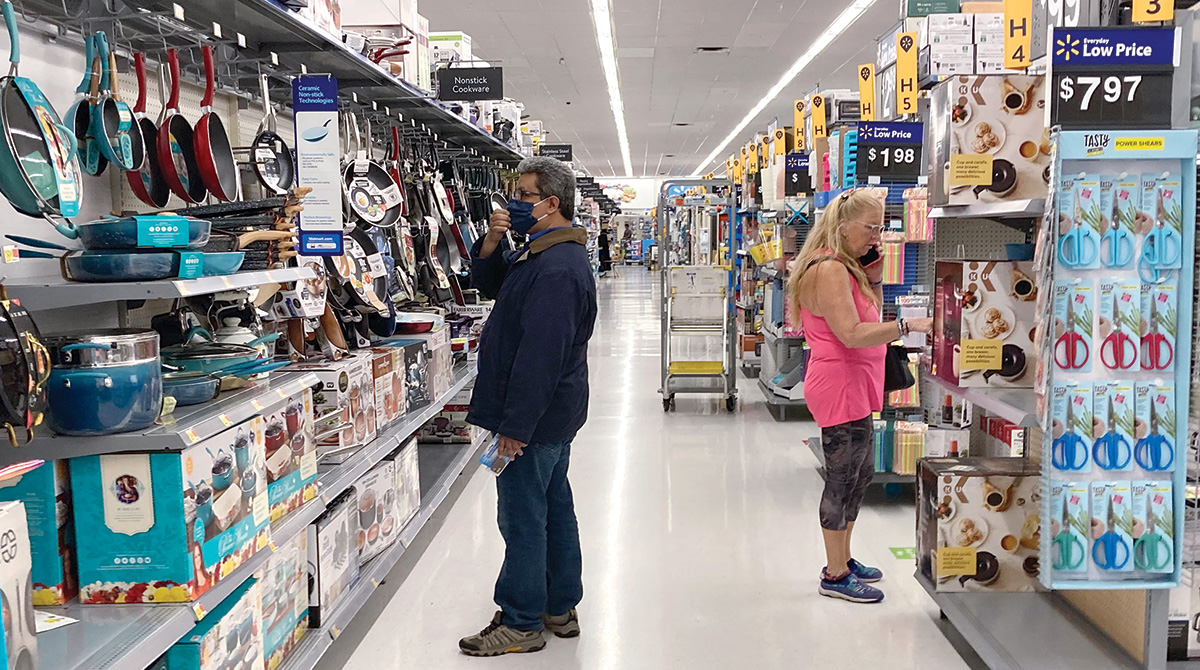 WASHINGTON — Prices for U.S. consumers rose last month but at the slowest pace since February, a sign that Americans may gain some relief after four months of sharp increases that have imposed a financial burden on the nation’s households.

The Aug. 11 report from the Labor Department showed that consumer prices jumped 0.5% from June to July, down from the previous monthly increase of 0.9%. They have increased a substantial 5.4%, though, compared with a year earlier.

Excluding volatile energy and food prices, so-called core inflation rose 4.3% in the past year, down slightly from 4.5% in June — the fastest pace since 1991.

Americans continue to face higher costs, with the year-over-year inflation rate matching June’s increase as the largest annual jump since 2008. At the same time, some recent drivers of the inflation surge slowed last month. The price of used cars, which had soared over the past three months, ticked up just 0.2% in July. Airline fares, which had been spiking, actually declined 0.1% in July.

“We believe June marked the peak in the annual rate of inflation,” said Kathy Bostjancic, an economist at Oxford Economics. “That said, price increases stemming from the reopening of the economy and ongoing supply chain bottlenecks will keep the rate of inflation elevated.”

Rising inflation has emerged as the Achilles’ heel of the economic recovery, erasing much of the benefit to workers from higher pay and heightening pressure on the Federal Reserve’s policymakers under Chair Jerome Powell, who face a mandate to maintain stable prices.

Inflation is also threatening to become a political liability for President Joe Biden, whom Republicans in Congress have blamed for contributing to accelerating inflation from having pushed through a $1.9 trillion financial aid package last spring that included stimulus checks to most households and federal supplemental unemployment aid. Further trillions in spending, backed by Biden and congressional Democrats, will be considered by Congress in the coming weeks.

In response, Powell and the White House have said they believe that the pickup in inflation, which well exceeds the Fed’s 2% annual target, will prove temporary because it stems mainly from supply shortages resulting from the sudden shutdown — and swift reopening — of a $20 trillion economy.

Still, the Biden administration sought Aug. 11 to rein in oil and gas prices, which have also spiked in the past year, by calling on OPEC nations to boost oil production to help support the global economy.

July’s inflation report suggested that while price increases are easing, they aren’t yet falling back as much as the White House and the Fed hope they will. The cost of auto rentals, for example, skyrocketed nearly 75% in the past year after rental companies sold off much of their fleets during the pandemic in order to raise cash. Yet last month, vehicle rental prices fell nearly 5%, a sign that the price spike may be reversing. Auto insurance prices also fell in July after have risen for six straight months.

Some categories are still recording price increases, but they are likely to moderate in the coming months. Hotel room costs, for instance, jumped 6% in July and have increased nearly 22% compared with a year ago. Lodging firms have struggled to hire enough workers to keep up with a travel burst as the pandemic faded this spring. But increases that large are unlikely to continue.

In other categories, recent cost increases may not fall back anytime soon. Restaurant prices jumped 0.8% in July, the largest increase since 1981, a sign that higher wages and rising food costs are being passed on to consumers.

New car prices, which increased 1.7% in July, have leapt 6.4% in the past year, the largest year-over-year increase since 1982. A shortage of semiconductors has limited automakers’ output, and there is little sign that it is easing yet. Nissan said Aug. 10 that it is closing a huge factory in Tennessee for two weeks because of the chip shortage.

And rents are rising as many would-be homebuyers are forced to stay in apartments because house prices have soared in the past year, making them unaffordable to many. One rent gauge, which makes up one-quarter of the overall consumer price index, increased 0.3% last month and could continue rising in the coming months.

A steady chorus of Fed officials have been suggesting that the Fed’s goal of making progress toward annual inflation modestly above 2% has been met and that the central bank should begin paring its $120 billion in monthly bond purchases. The purchases, which began in March 2020 when the pandemic shut down the economy, have been intended to hold down long-term loan rates to spur borrowing and spending.

Eric Rosengren, the president of the Federal Reserve Bank of Boston, said Aug. 9 in an interview with the Associated Press that underlying inflation, excluding the price spikes caused by supply shortages and the economy’s reopening, has sustainably topped 2%, the Fed’s target.

Some other Fed officials, though, including Powell himself and Governor Lael Brainard, have said they want to see more data before committing to any pullback of the Fed’s stimulus efforts.

Some companies are still raising prices to offset higher costs for parts and labor. The burger chain Shake Shack plans to raise its prices by 3% to 3.5% in the final three months of the year, executives said on an investor conference call.

Unilever, the maker of Dove soap and Ben and Jerry’s ice cream, has said it will raise some prices to offset higher raw materials costs. And Yum Brands, which owns KFC and Taco Bell, said late last month that its franchisees have implemented “moderate” price increases.