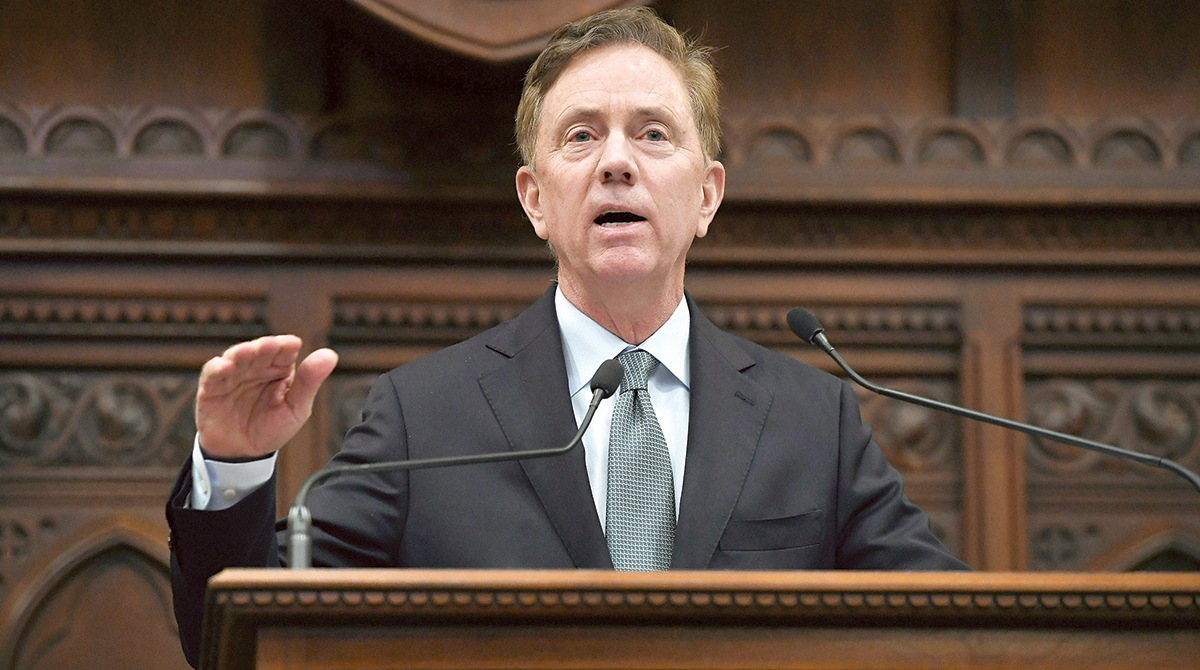 Lamont speaks at a past event in Hartford. (Jessica Hill/Associated Press)

“It’s a bad bill. It would adopt California emissions standards, which include an electric vehicle sales mandate that’s phased in over years and it would also have a lower NOx [nitrogen oxide] standard than what the Environmental Protection Agency will require,” said Joseph Sculley, president of the Motor Transport Association of Connecticut.

The EPA’s intention is to reduce NOx emissions from trucks by as much as 60% in 2045. The current NOx standard, adopted in 2010, is 0.2 gram per brake horsepower-hour. 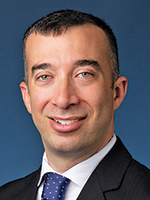 On March 7, the EPA proposed stronger standards to promote clean air and reduce pollution from heavy-duty vehicles and engines starting with model year 2027. It will hold a public hearing April 12 and 13 on the proposed rule.

Mike Tunnell, director of environmental research for the American Transportation Research Institute, said Connecticut is moving to adopt emission standards three years ahead of federal standards. Doing so, he said, creates a potential for manufacturers to make two different trucks for compliance, resulting in “differences in the price you’ll pay for those trucks.”

Sculley said Connecticut’s proposed law is only meant for trucks registered there and believes the state electric grid would have difficulties meeting higher demand.

“It will hurt our in-state trucking companies, it will hurt our truck dealerships. It will probably have the opposite effect because these new trucks are going to be so much more expensive than EPA-compliant trucks sold in other states,” he said. “Businesses will just run older, dirtier trucks longer or go to the used truck market to buy dirtier trucks there and operate them in Connecticut.”

During a public hearing March 11, Sculley was among 13 people mainly involved in business and transportation who testified against the bill or raised concerns, while 87 supporters included environmental groups, physicians, citizens and Tesla.

HB-5039 by Transport Topics on Scribd

Zach Kahn, Tesla’s northeast senior policy adviser, said his company will introduce a Class 8 heavy-duty truck called the Semi in two models (with ranges of 300 and 500 miles) as an all-electric truck able to meet “any duty cycle when paired with the megawatt charging system that Tesla and the industry is developing.”

Zane said unlike California, Connecticut is “a pass-through state” for interstate commerce and “could implement this bill and still not see the desired impact on air quality due to the high volume of out-of-state registered trucks on our roads.”

“Everything farms need to operate — feed for their livestock and poultry, supplies, fertilizer, all are delivered by trucks. Products off the farm to market are all delivered by trucks,” Nichols said. Although CFBA supports initiatives to reduce emissions, it is concerned about increasing costs farmers would pay for medium- and heavy-duty trucks due to the proposed law.

The Lumber Dealers Association of Connecticut, established in 1891, sent a letter opposing the bill on behalf of its members — including generational family-owned businesses — who rely on trucks. The lumber and building materials industry, which employs more than 35,000 Connecticut residents, has an annual payroll of more than $1 billion.

The bill was assigned March 29 to the Legislative Commissioners’ Office.