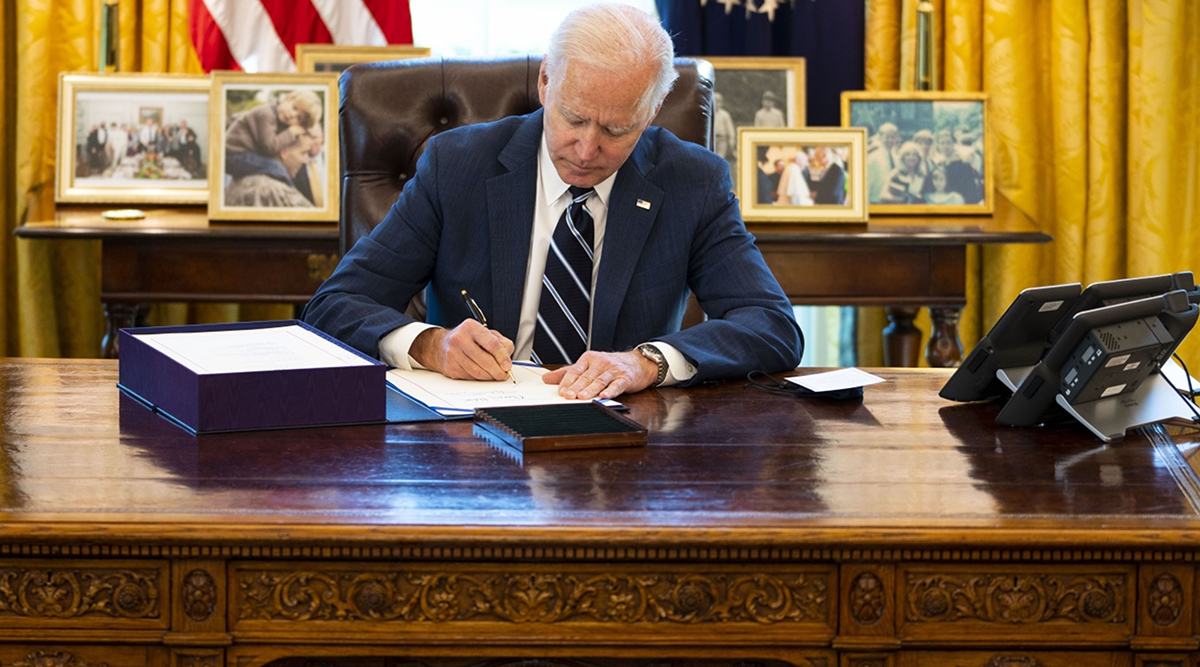 WASHINGTON — The United States Congress has approved a landmark $1.9 trillion COVID-19 relief bill that takes aim at twin pandemic and economic crises that have upended the nation for the better part of a year. The package, which includes funding for transportation corridors, was signed into law on March 11 by President Joe Biden, one day earlier than anticipated.

The House gave final congressional approval to the sweeping package by a near-party line 220-211 vote precisely seven weeks after Biden entered the White House and four days after the Senate passed the bill without a single Republican vote. GOP lawmakers opposed the package as bloated, crammed with liberal policies and heedless of signs the crises are easing.

Most noticeable to many Americans are provisions to provide up to $1,400 direct payments to most adults and extend $300-per-week emergency unemployment benefits into early September. But the legislation goes far beyond that. 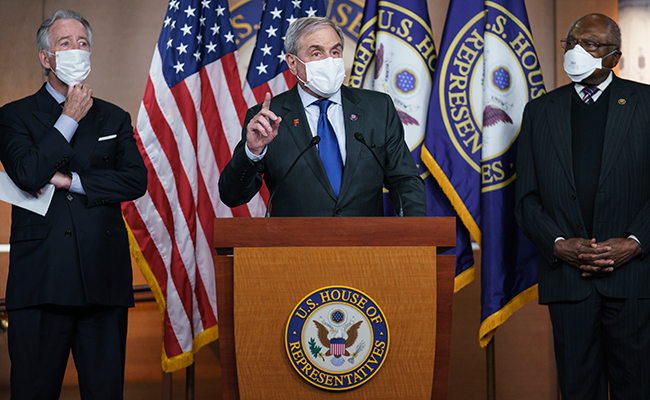 The bill was to include about $30 billion for transit operations and safety protections for workers, $3 billion for the aerospace manufacturing industry and more than $1 billion for Amtrak. According to Bloomberg News, the bill allocates $14 billion for eligible airlines and $1 billion for contractors to the air carriers to extend a payroll support program set to run out on March 31. The legislation also includes $8 billion for airports to make changes to facilities or personnel to prevent the spread of COVID-19. It also includes an additional $7.25 billion for forgivable loans to small businesses in the Paycheck Protection Program.

The measure addresses Democrats’ campaign promises and Biden’s top initial priority of easing a one-two punch that first hit the country a year ago. Since then, many Americans have been relegated to hermit-like lifestyles in their homes to avoid a disease that has killed over 525,000 people — about the population of Wichita, Kan. — and plunged the economy to its deepest depths since the Great Depression.

“Today we have a decision to make of tremendous consequence,” said House Speaker Nancy Pelosi (D-Calif.), “a decision that will make a difference for millions of Americans, saving lives and livelihoods.”

Help is here — and brighter days lie ahead. pic.twitter.com/HSp8rPBxty

For Biden and Democrats, the bill is essentially a canvas on which they’ve painted their core beliefs — that government programs can be a benefit, not a bane, to millions of people and that spending huge sums on such efforts can be a cure, not a curse. The measure so closely tracks Democrats’ priorities that several rank it with the top achievements of their careers, and despite their slender congressional majorities there was never real suspense over its fate.

A dominant feature of the 628-page bill is initiatives making it one of the biggest federal efforts in years to assist lower- and middle-income families. Included are expanded tax credits over the next year for children, child care and family leave — some of them credits that Democrats have signaled they’d like to make permanent — plus spending for renters, feeding programs and people’s utility bills.

Besides the direct payments and jobless-benefit extension, the measure has hundreds of billions for COVID-19 vaccines and treatments, schools, state and local governments and ailing industries from airlines to concert halls. There is aid for farmers of color, pension systems and student borrowers, and subsidies for consumers buying health insurance and states expanding Medicaid coverage for lower earners.

Underscoring the bill’s focus, the independent Tax Policy Center said the measure would give almost 70% of its tax breaks this year to households earning $91,000 or less. In contrast, the Trump-era GOP tax bill gave nearly half its 2018 reductions to the top 5% of households earning around $308,000, said the research center, which is run by the liberal-leaning Urban Institute and Brookings Institution.