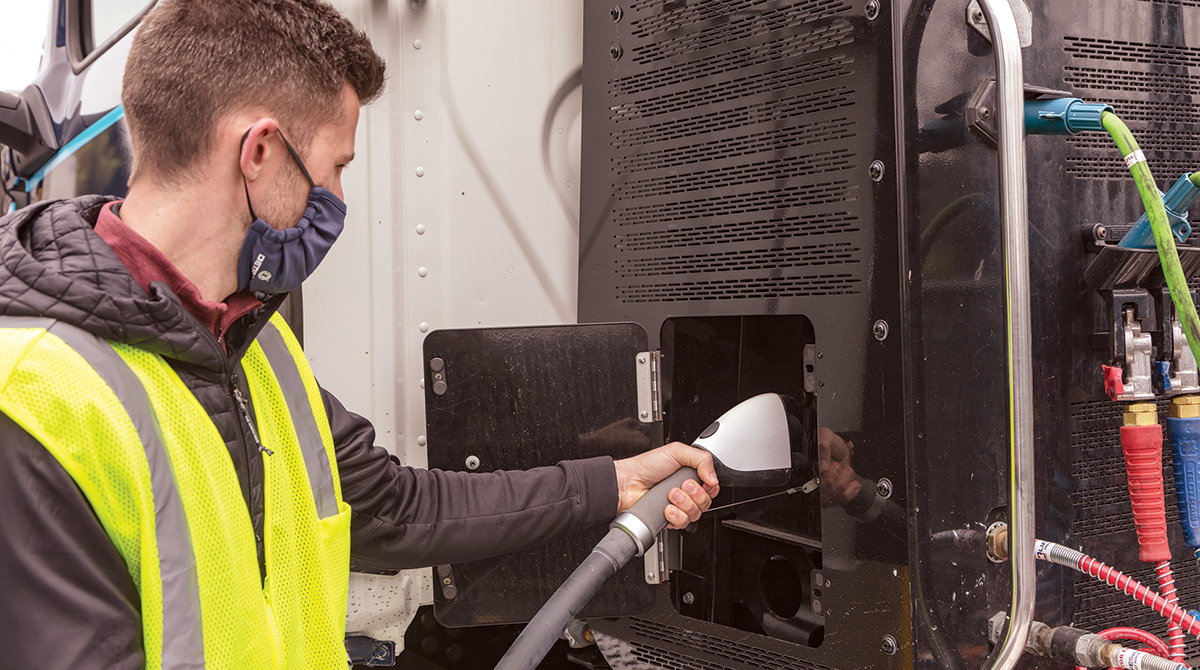 It’s spring, and talk of electric vehicle infrastructure is sprouting all over.

Congress, for example, is considering plans to deploy national infrastructure for electric vehicle charging (included in President Joe Biden’s American Jobs Plan) as it tries to decide what qualifies as infrastructure and how much money to make available.

At the same time, work at the local and regional level to promote commercial EV infrastructure is expanding, experts said during a recent virtual workshop discussion sponsored by the North American Council for Freight Efficiency.

“There are lots of different options for how these vehicles will be charged. I will note most all of the charging we are seeing, with a couple of exceptions, is fleet depot-based charging,” said Jessie Lund, senior associate with Rocky Mountain Institute’s Carbon-Free Mobility program. Rocky Mountain Institute is partnering with NACFE on the webinars and a related demonstration project, Run On Less Electric.

“There is a whole plethora of options,” she said. “Some may have some challenges, such as interstate rest areas where it’s illegal to do commerce. So that is probably not a great option for the near-term future.”

Meanwhile, the American Transportation Research Institute recently noted that among its top research priorities in 2021 will be a trucking industry-focused look at the infrastructure issues associated with deploying electric trucks.

One truck maker executive told Transport Topics that deployment of electric vehicles will be widespread if three conditions are met: availability of trucks offering positive total cost of ownership, accessibility of public charging and ensuring the resiliency of the electrical grid to handle the increased load.

“Truck OEMs are responsible for the trucks and the servicing, and are addressing this with technological innovation,” said Sean Waters, vice president of product compliance for Daimler Trucks North America.

“Incentives, like Section 45 in the Clean Energy for America Act, also are critical to spur the early adoption of zero-emission vehicles,” Waters said. “Similarly, to support a nationwide charging infrastructure, a vast coalition of players will need to participate in order to identify where to place charging infrastructure, ensure common standards and resiliency, and to help fund its creation.

“The federal government’s support for all of the above will be required in order to create a universally accessible, cohesive, nationwide experience viable for the nation’s fleets.”

Section 45 in the Clean Energy for America Act would, among other benefits, provide commercial operators access to a credit worth 30% of the purchase of an electric vehicle.

The credits would continue until the federal government determined electric vehicles represent more than 50% of annual vehicle sales, at which point the credits would phase out.

Meanwhile, Calstart, together with the U.S. Environmental Protection Agency, has evaluated 147 West Coast sites along the Interstate 5 corridor for alternative fuel infrastructure. That includes 62 sites for charging infrastructure, both depot and public charging, said Alycia Gilde, senior director of clean fuels and infrastructure for Calstart. 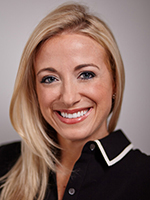 The nonprofit organization is focused on the growth of the clean transportation technology industry.

“We are going to need not only partner collaboration, but also finding resources to really support being able to build out that infrastructure,” she said during the webinar.

Another study Calstart and several utilities were involved in looked at what would be needed for the electric grid to support that corridor-style EV infrastructure.

“We wanted to understand where do we anticipate the transition to zero-emission vehicles, the traffic and throughput in terms of where we should be prioritizing infrastructure,” Gilde said. “For example, at truck stops. And then understanding what is the current load and what additional load do we need in order to support electrification along I-5.”

The study showed an opportunity to plan over the next five years for 27 sites along the 1,300-mile corridor for medium-duty charging.

Then as the technology comes online for fast charging for heavy-duty trucks, Gilde said, placing that at every other site location.

“We have the real estate and the amenities. We know what drivers want,” said David Fialkov, vice president of government relations at Natso. “Our industry is eager to work with Secretary of Transportation Pete Buttigieg, as well as Congress, state and local governments and the utility sector, to make this work.”