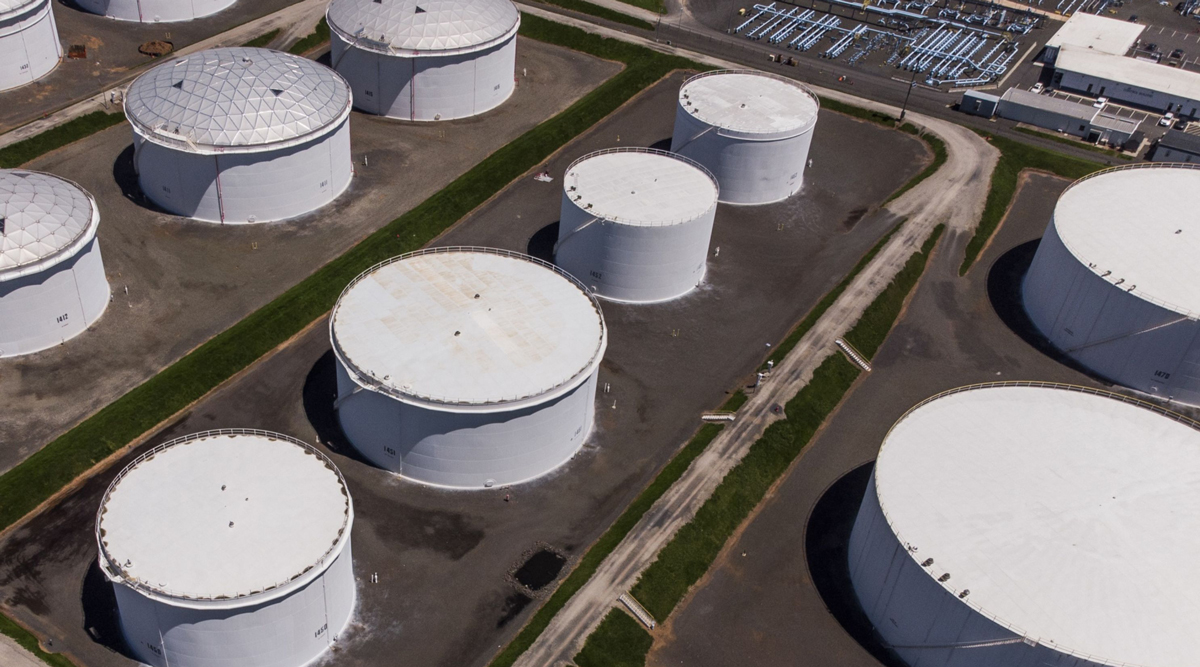 Storage tanks sit at a Colonial Pipeline facility in New Jersey in May 2021. (Mark Kauzlarich/Bloomberg News)

Colonial Pipeline Co. was sued by a gas station seeking to represent thousands more over the ransomware attack in May that paralyzed the U.S. East Coast’s flow of gasoline, diesel and jet fuel.

EZ Mart 1 LLC, a two-pump station in Wilmington, N.C., buys its fuel from a distributor supplied by Colonial, according to a complaint filed June 21 in a Georgia federal court. Colonial’s corporate headquarters is in Alpharetta, Ga., site of the “control center” where the electronic ransom note was discovered, EZ Mart says in the lawsuit, in which it seeks to represent more than 11,000 gas stations.

Colonial was reckless and negligent in “failing to take and implement adequate and reasonable measures to ensure that the pipeline’s critical infrastructure was safeguarded,” EZ Mart alleges.

Colonial didn’t immediately respond to an email seeking comment on the suit.

The ransomware attack affected 45% of the East Coast’s fuel supply, driving up gasoline prices and sparking shortages at filling stations after the company shut down the estimated 5,500-mile pipeline May 7.

More Stations in Southeast Running Out of Gas