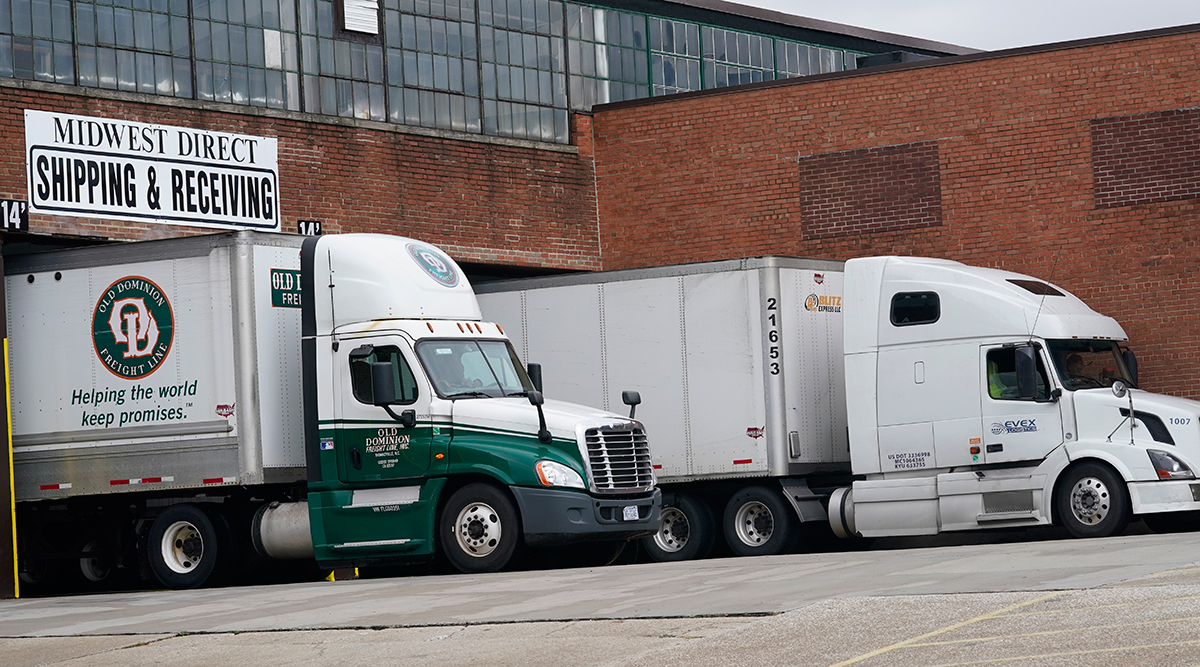 CLEVELAND — In a supply chain that desperately needs truck drivers, a Cleveland-based startup has a solution to the shortage. Matchmaking.

Software company Drive My Way lets drivers create profiles where they describe what they’re looking for in a working relationship. And then the algorithm finds employers that can meet their wants and needs.

“We often get compared to popular dating sites,” founder and CEO Beth Potratz said. “Only we’re matching drivers with the jobs they love.”

The company, founded in 2016, announced Oct. 27 that it closed on $4.4 million in venture capital funding.

Potratz said the company is a solution to a problem she’s seen since the late 1990s, when she worked as a human resources professional. Employers had a one-size-fits-all approach to hiring, when workers were looking for jobs with benefits that fit their specific needs.

She saw the problem firsthand when she consulted for a trucking company, where even a decade ago truckers were in short supply. But even when truckers are in demand, she said it’s still hard for them to find a job that fits.

For drivers, work life and personal life are inseparable, Potratz said, especially for drivers who travel across states. Often, she said drivers are recruited for jobs but find out later that the position won’t fit their needs. 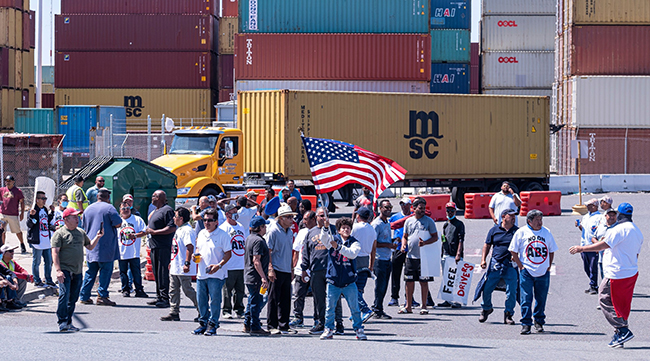 Truckers protest at the Port of Oakland in Oakland, Calif. on July 18, 2022. The shortage of truck drivers has weighed heavily on supply chains as approximately 80,000 truck drivers retired or left the industry as of 2021. (David Paul Morris/Bloomberg News)

Potratz said Drive My Way’s goal is help employers recruit and keep drivers, and that means both companies and workers being upfront about what they want.

“We’re viewing the driver as a consumer in the employment relationship, whose needs are going to change throughout their career,” Potratz.

Drivers fill out their profile and describe their ideal job. Will they be home on the weekends? What kind of cargo will they haul? Can they drive with their dog? Will they get a 401(k)?

Will the truck, which is often the office and a home for a driver, be in good condition?

Potratz said the company’s software matches drivers with companies. And drivers, who she said are often “stalked” by recruiters, can choose whether a matched company contacts them.

She said 70,000 drivers have created profiles, and many of them are heavily engaged with the platform. So far under 100 companies have signed on, although some are very large employers, Potratz said.

Drivers can use the service for free while companies pay Drive My Way. Potratz said the startup helps employers tease out what’s good about their jobs, gives them data about retention and helps them improve their recruiting strategy.

In a normal hiring process, Potratz said hiring managers would be lucky to find one hire out of 100 applications.

Using the software is more of a sharpshooter approach, she said. For every 23 drivers that express interest in a job on Drive My Way, one is hired for it. This means employers need to attract fewer applicants to fill their roles.

With the money raised, she said Drive My Way plans to expand the platform and its features.

The driver shortage that has plagued supply chains is expected to grow, Potratz said.

According to a report from American Trucking Associations, the industry is short 78,000 drivers. That could grow to 160,000 drivers by 2030. Nearly 1 million drivers need to be hired in the next decade to replace drivers that retire or leave the industry.

Potratz said she thinks a younger generation, seeing the hours and sacrifices their parents and grandparents made truck driving, are turning away from the career.

“They’re looking for something else out of a career,” Potratz said. “I really wanted to show that trucking can be a really viable career.”

This round of investment was led by venture-capital First Analysis and included investments from JumpStart Ventures and the JobsOhio Growth Capital Fund.

Potratz said the company has raised more then $10 million since it started.