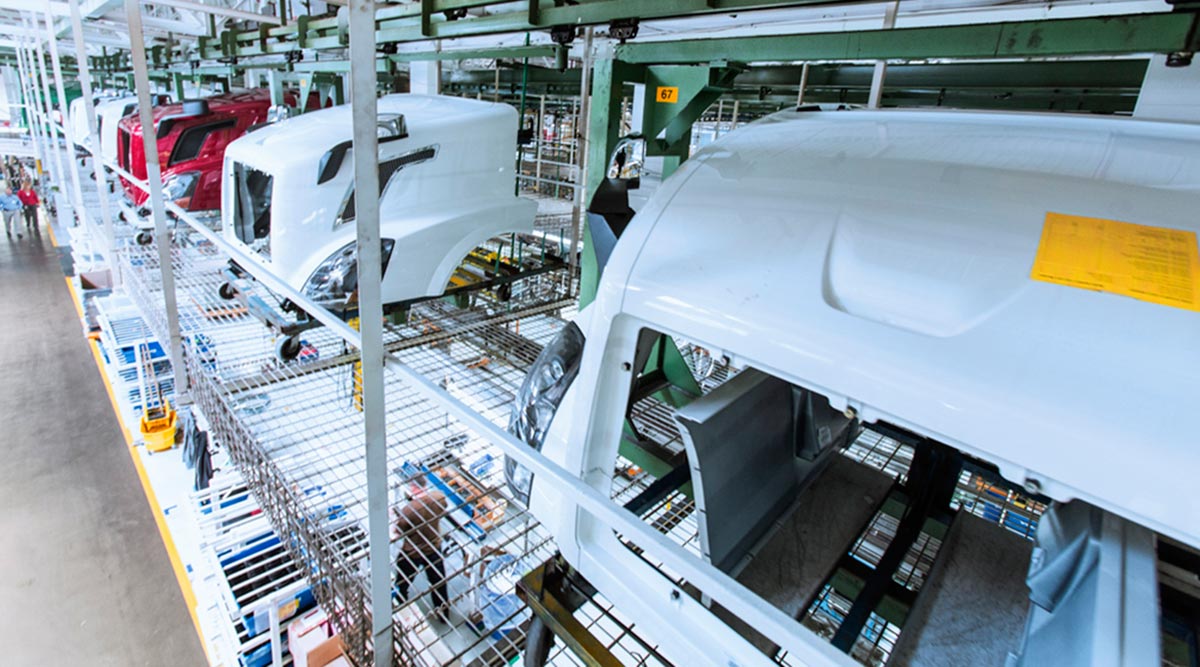 North American Class 8 orders cleared 18,000 in June, a 40% year-over-year gain, according to ACT Research Co., as small and medium-size fleets continued to pull the market out of last year’s doldrums.

Instead, there was broad-based strength in orders across the truck makers, she wrote in a note to investors, and these were “propelled by small and medium fleets.”

Those fleets are ordering to take advantage of more fuel-efficient newer models, she wrote, noting the average age of trucks at smaller fleets is 5 or 6 years, compared with an average age of 2 years at larger fleets.

“It was a good start to the summer,” Don Ake, FTR’s vice president of commercial vehicles, told TT. “The conditions are good, but they are not pushing things.”

For example, fleets are not feeling market pressure to add capacity, and truck makers have caught up with orders, he added.

FTR’s net total also was a preliminary figure to be revised later in the month once truck makers adjust their final numbers, Ake said.

While forecasters essentially agree on how demand will stack up in 2017, they differ on how much better 2018 could be.

“We are looking for a market turn next year,” Ake said.

Based on his latest survey of Paccar Inc. dealers, 25% reported orders overall in the second quarter exceeded their plan, compared with 60% of dealers in his first-quarter survey, Frohnapple wrote in a note to investors.

Paccar’s North American brands include Kenworth Truck Co. and Peterbilt Motors Co. Together, they have accounted for 29.8% of U.S. retail sales of Class 8 trucks through May, according to WardsAuto.com.

“The orders [in 2017] have been the bright spot in the whole industry, that forward-looking indicator,” Tam said. “But it is a much more muted cycle than we have seen in previous cycles.”

One fleet said it was active in the market.

“We have orders placed right now. The final order for the 100 [Class 8s] we are placing this year will be out in the next week or so, a final batch of 40,” Jeff Cohen, vice president of transportation at G&D Integrated, told Transport Topics on July 6.

“We have become more optimistic as to where the freight market is heading. We felt truck capacity was going to tighten — not so much from the e-log implementation — but from some degree of economic recovery, and I think we are seeing that,” he said.

Many of its core customers deal in heavy machinery and those markets are recovering, Cohen said. “So we have some opportunity to grow with our existing customer base. Our overall view is maybe we are at a point where we start to turn a corner here.”

“We have had good experiences with both [brands of trucks],” he said. “But some of the applications we use our trucks on work better with one than the other.”