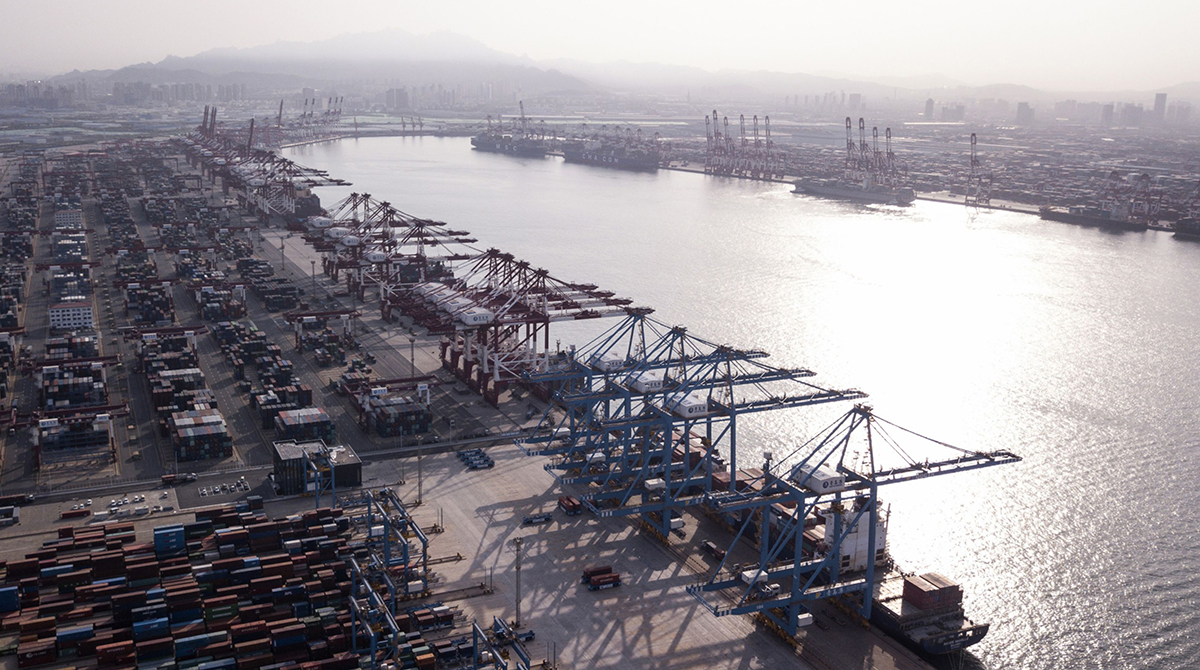 Widespread lockdowns in China akin to the measures just taken in the southern technology hub of Shenzhen could affect half of the country’s gross domestic product, with negative implications for economies elsewhere too.

Authorities on March 13 placed Shenzhen’s 17.5 million residents into lockdown for at least a week amid a surge of COVID-19 infections in the city, an action that Bloomberg Economics said will deal a “direct hit” to Guangdong.

The manufacturing powerhouse province, where the city is located, accounts for 11% of GDP or $1.96 trillion, around that of Spain and South Korea. Guangdong’s $795 billion worth of exports in 2021 accounted for 23% of China’s shipments that year, the most of any province, suggesting there may be fallout for growth and inflation internationally.

On March 14, residents in northeastern Jilin province were asked not to leave or travel. The region of 24 million people is home to Changchun, an industrial hub of some 9 million that accounted for about 11% of China’s total annual car output in 2020. That city had already come under lockdown last week, and Toyota Motor Corp. has since been forced to suspend the operation of its plant there.

As cases jump in the country, half of China’s GDP and population will be impacted by the latest outbreak, according to economists at Australia & New Zealand Banking Group Ltd. Beijing will come under fresh pressure to provide more stimulus days after the government set a 5.5% growth target for this year.

“Previous steps to contain virus flareups left manufacturing unscathed for the most part,” Bloomberg Economics’ Chang Shu and David Qu wrote in a note March 14. The lockdown in Shenzhen will hit output in industries such as tech and machinery, which feed into global supply chains, they said.

“The double hit to consumption and output, plus spillovers beyond China raise the stakes in this lockdown,” the economists added.

The Shenzhen move comes as other important economic centers in China try to battle the rapid spread of coronavirus. Aside from the measures in heavily industrial Jilin province, which is part of China’s “rust belt,” the financial and manufacturing powerhouse of Shanghai has suspended in-person classes and shut intercity bus services.

“Disruption of manufacturing supply chains has been minimal so far in China, but more problems look inevitable given the importance of Shanghai and Shenzhen as both ports and manufacturing hubs,” wrote economists at Gavekal Dragonomics in a March 14 note.

Raymond Yeung, chief economist for Greater China at ANZ, said the bank is not yet revising its forecast for 2022, but they are “wary” of further restrictions. ANZ forecasts GDP growth of 5% for the year, less than the government’s target of about 5.5%.

Should key provinces along the coast and in the northeast follow Shenzhen’s lead and lock down for a week, the economic cost could amount to 0.8 of a percentage point of GDP growth, Yeung said.

Nomura Holdings Inc. said the economic costs of China’s COVID-Zero approach are high and market participants may be too optimistic about this year’s growth outlook. The bank expects GDP expansion of 4.3%, well below economists’ consensus forecast of 5.2%.

Economists have also brought forward their calls for another interest rate cut in China as the outbreak grows, and after weaker-than-expected credit data late last week pointed to a slump in business sentiment. Nine of the 17 economists polled by Bloomberg expect the People’s Bank of China to lower the interest rate on one-year policy loans by 10 basis points to 2.75% on March 15. One of them forecast a 5-point reduction to 2.8%, while the rest see no change.

China is facing rapidly spreading clusters spawned by the highly infectious omicron variant. Daily new cases jumped to more than 3,300 on Saturday from just over 300 a week ago. The surge poses an unprecedented challenge to the country’s COVID-Zero strategy, which has so far protected its vast industrial sector but dampened consumption.

Shenzhen is home to the headquarters of tech giants like Tencent Holdings Ltd. and Huawei Technologies Co. Apple Inc. supplier Foxconn, the Taiwanese company also known as Hon Hai Precision Industry, which has its China headquarters in the area. The company has halted operations in Shenzhen, including at a site that produces iPhones, in response to the lockdown.

Major financial companies, including Ping An Insurance Group Co. and China Merchants Bank Co. are also headquartered in the city. And several foreign banks like UBS Group AG and HSBC Holding have opened branches in the area.

Brokerages and big state banks in the city have suspended in-person services after the lockdown, according to notices and local media reports.

Shenzhen is the second-most important port in China after Shanghai, and processes about 10% of the containers shipped from China in any month. A part of the port was shut for weeks in mid-2021 to contain a local outbreak of COVID, but even then the port was able to ship out almost 2 million containers in June 2021.

Yantian port said in a March 14 statement that it is operating normally after Shenzhen tightened virus controls.

Guangdong’s $795 billion worth of exports in 2021 accounted for 23% of China’s shipments that year, the most of any province, according to Bloomberg Economics. Shenzhen alone had exports of $303 billion.

“Even if the lockdown is in place for only a short period — our baseline case — the impact will likely last for a few weeks longer due to likely disruptions to supply in the city and the reverberations beyond,” the economists said.

While COVID Zero has not led to major economic disruption so far, the restrictions are making the economy “particularly vulnerable to the more contagious omicron variant,” said Louis Kuijs, Asia-Pacific chief economist at S&P Global Ratings.

“Globally, the economic impact of COVID is declining as governments ease restrictions and many move toward a ‘living with COVID’ approach,” Kuijs added. “However, for China, omicron is a key risk for domestic demand, output and, possibly, supply chains.”

— With assistance from Jane Pong, Davy Zhu and James Mayger.