China, US Plan Next Round of Trade Talks for September 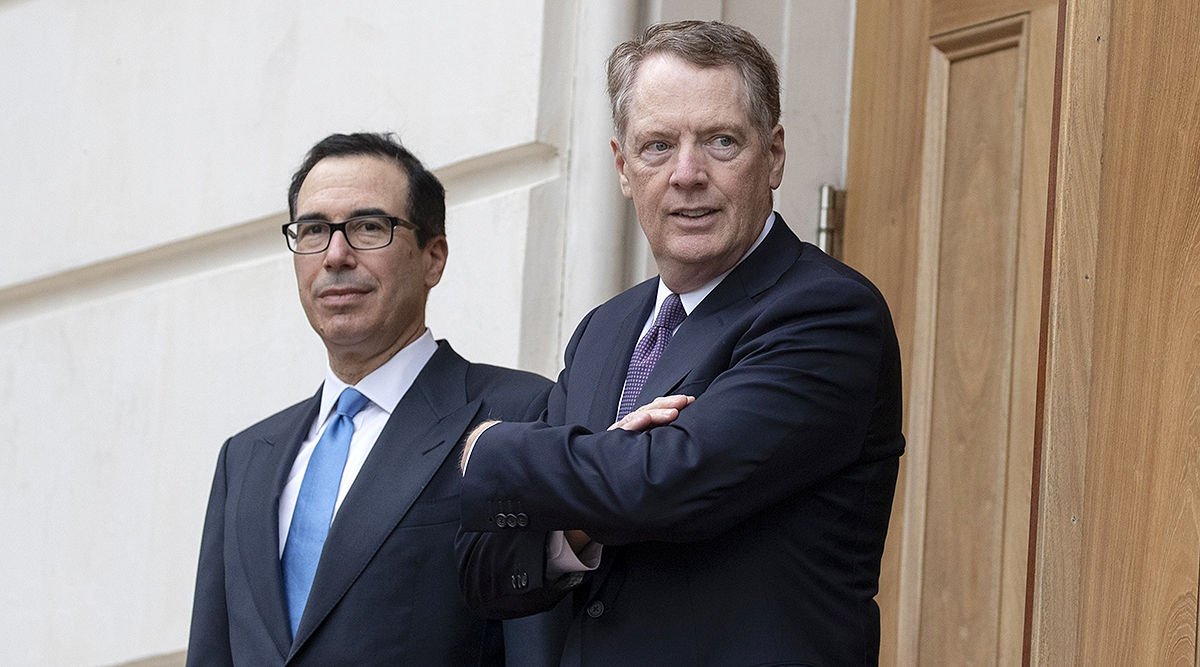 U.S. and Chinese trade negotiators plan to meet again in early September, as the latest round of negotiations ended with few signs of concrete progress.

U.S. officials including Treasury Secretary Steven Mnuchin and Trade Representative Robert Lighthizer wrapped up talks with their Chinese counterparts including Vice Premier Liu He on July 31 in Shanghai. In a statement, the White House specified Washington as the location for the next round of talks and said the sides held “constructive” talks this week over “forced technology transfer, intellectual-property rights, services, nontariff barriers and agriculture.”

“The Chinese side confirmed their commitment to increase purchases of United States agricultural exports,” according to the U.S. statement. The negotiators from Beijing and Washington discussed China’s import of agriculture products from the United States based on its needs, state-run news agency Xinhua reported.

The latest round of talks took place against a backdrop of a fresh outburst by President Donald Trump, who, as delegates gathered July 30, let fly at China’s perceived unwillingness to buy American agricultural products and said it continues to “rip off” the United States.

The People’s Daily, mouthpiece of the Communist Party, responded to Trump on July 30 with a commentary saying that China has no motive to “rip off” the United States and has never done so, and China won’t make concessions against its principles on trade.

Federal Reserve Chairman Jerome Powell addressed the drag from the trade war during a news conference July 31 after the U.S. central bank cut rates for the first time in more than a decade. “Trade policy uncertainty has been more elevated than we anticipated,” he told reporters. The secondary effects of tariffs, especially the knock to business confidence, have had more impact on the economy than the tariffs themselves, he said

The Americans arrived in Shanghai on July 30 and attended a dinner at the Fairmont Peace Hotel in the evening. A person familiar with the event described the atmosphere at the dinner as being all about rapport building without substance on negotiations.

Relations between the delegates appeared cordial, according to the pool report. Xinhua said it was a candid, efficient and constructive exchange on major economic and trade issues.

China’s trade minister, Zhong Shan, played a more prominent role in the discussions than in previous rounds. His greater involvement had caused concern among some U.S. delegates as he is perceived as tougher negotiator.

On July 31, China’s foreign ministry spokeswoman Hua Chunying said at a briefing in Beijing that it doesn’t make any sense for the United States to exercise a maximum-pressure campaign. “Only when the U.S. shows enough sincerity and good faith can we achieve progress in the trade talks,” she said.

Expectations for a breakthrough in the trade talks have been low. The sides are further apart than they were three months ago, when negotiations broke down and each side blamed the other for derailing attempts to reach a deal. China is pushing for compromise in the talks, with state media underlining this week that the United States should meet it “halfway.”

“I had low expectations, and still I was disappointed,” David Dollar, a senior fellow at Brookings Institution, told Bloomberg TV on July 31. Putting off the next round of talks until September is an indication that “no one feels any great urgency about reaching a deal.”

Trump and Chinese President Xi Jinping seem “happy now with the status quo” said Dollar, adding he expects occasional talks to continue as the sides seek to prevent an escalation of trade tensions ahead of the 2020 U.S. presidential election.