Chance of US Recession Rises to 35% Among Economists Surveyed 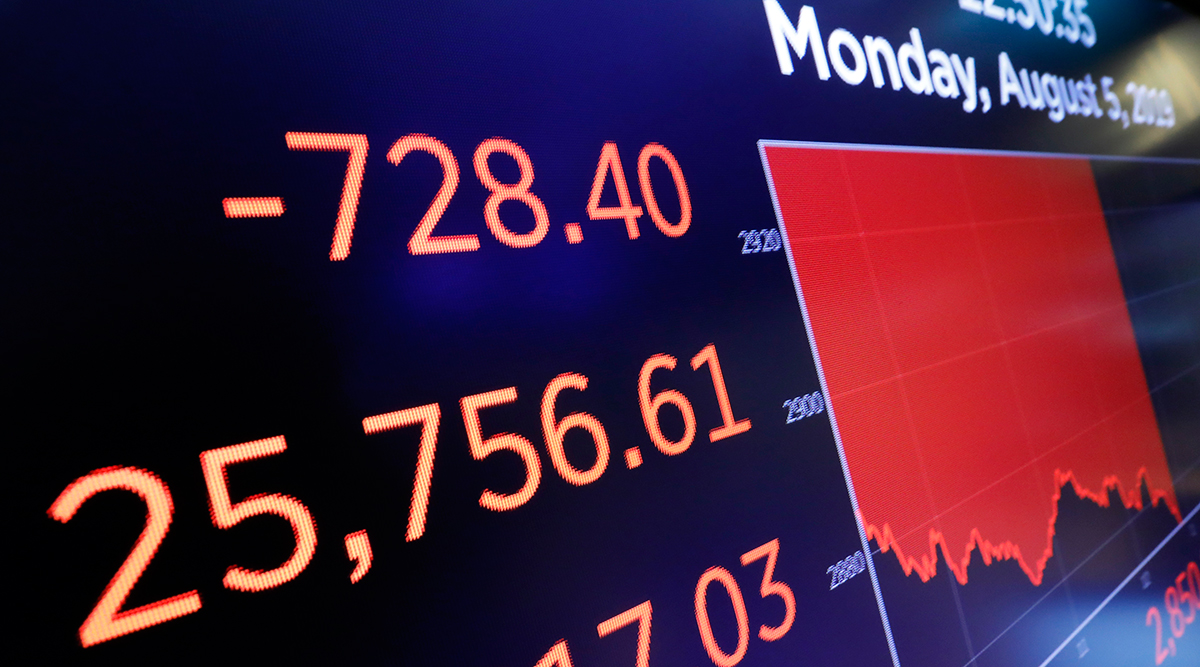 The likelihood of a U.S. recession in the next 12 months rose to 35% in an August survey of economists, from 31% forecast previously, as global trade tensions fuel economic uncertainty.

Growth in the world’s biggest economy will average 2.3% this year, down from 2.5% seen in a July survey. Gross domestic product expansion is forecast to slow to a 1.8% annualized pace in the third quarter, from 3.1% in the first three months of the year and 2.1% in the second quarter. Economists see the U.S. entering its next recession in 2021.

Despite the tick up in recession odds, economists still see fairly healthy growth as the U.S. is buoyed by a strong labor market and robust consumers.

Jobless claims fell to 209,000 in the week ended Aug. 3, hovering just above a 49-year low, the Labor Department reported Aug. 8. Sentiment among U.S. consumers, which account for the largest part of the economy, fell the most in 10 months but remained at a relatively high level, according to the Bloomberg Consumer Comfort Index for the week ended Aug. 4.

President Donald Trump last week announced new tariffs on imported Chinese goods, to take effect Sept. 1, causing steep declines in global stock markets. That was the day after the Federal Reserve cut interest rates for the first time since 2008, to a range of 2% to 2.25%, in a bid to support the economy.

“Trade tensions are needlessly roiling financial markets, which could eventually destabilize a stable economy,” Parul Jain, chief investment strategist at Macrofin Analytics in New Jersey and a professor at Rutgers Business School, said in comments attached to her survey response.

Economists moved up expectations for the next Fed interest-rate cut to September from December and now see a 25-basis-point reduction in the benchmark rate, to a range of 1.75% to 2%, at the next meeting, according to the poll.

Jeff Kearns and Ryan Haar contributed to this report.