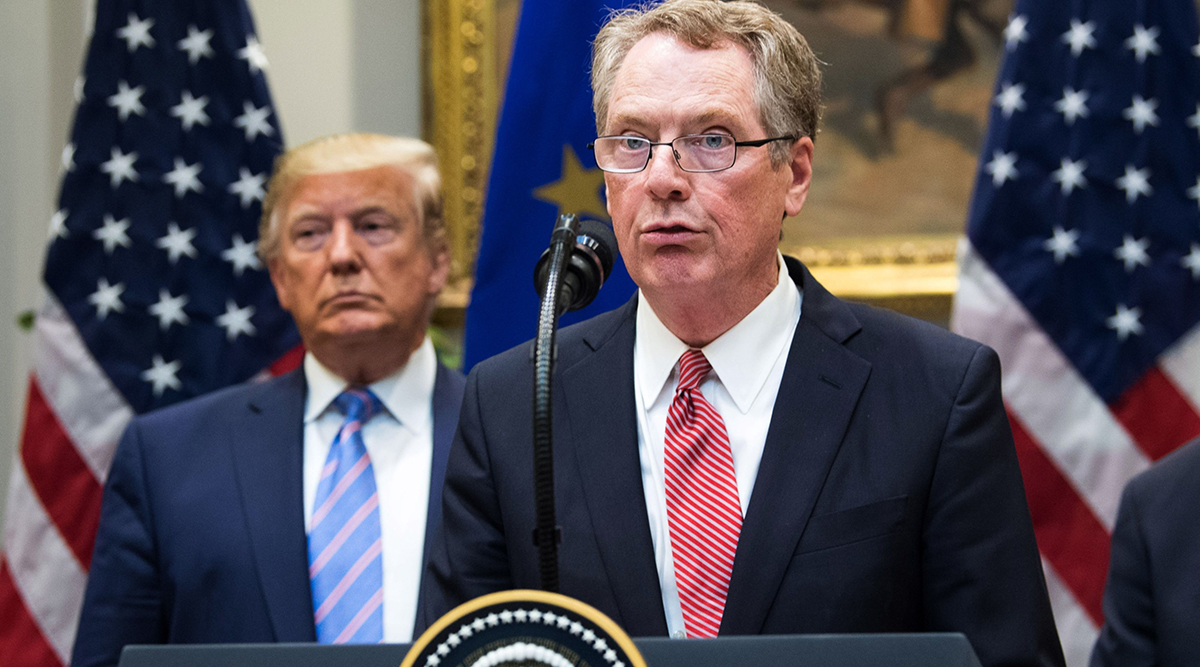 The Trump administration is rushing to finalize a list of $300 billion in Chinese imports it plans to hit with tariffs in a few weeks’ time, as U.S. companies make a last-ditch appeal to be spared from the latest round of duties.

President Donald Trump’s announcement last week on adding a 10% tariff as of Sept. 1 to virtually every Chinese import that’s not yet subject to punitive duties took U.S. Trade Representative Robert Lighthizer by surprise, people familiar with the discussions said. Lighthizer and his staff now are under pressure to revise an initial list targeting more than 3,800 Chinese product lines based on issues raised during a public comment period and hearings.

The USTR is planning to publish the final list this week or early next, the people said. In the meantime, companies are making a final attempt at convincing the Trump administration not to impose duties or to drop items they import from the tariff list.

In a meeting shortly before the president announced the new duties, Lighthizer argued against them. He instead urged patience to allow more time for a tariff increase in June to 25% from 10% on an earlier round of $200 billion worth of Chinese imports to inflict pain on the Asian economy, the people said.

A USTR spokesman disputed that account, and said the agency was following the same legal process as it had in previous tariff rounds. Trump decides when the tariffs will go into effect and USTR will publish the final list before the effective date, the spokesman said.

Still, companies are complaining about the lack of certainty for their business decisions and say a couple weeks’ notice isn’t enough time.

“Companies don’t plan by tweet,” Jon Gold of the National Retail Federation said. “These are all contracts that are already executed and cargo is on the water.”

After Trump and his Chinese counterpart Xi Jinping agreed on yet another tariff truce in late June, businesses didn’t expect another escalation this soon and felt like they had more time to plan, Gold added. Companies and trade associations still are trying to weigh in with the administration to make their case and potentially get their products taken off the list.

The proposed list of goods, which USTR published in mid-May, includes consumer items like smartphones, laptops, clothes and toys. Since this batch extends tariffs to nearly all imports from China, there appears to be less flexibility than previous rounds to lobby for products to be excluded, as companies such as Apple Inc. had done with the Apple Watch and AirPods headphones.

Even some products that were removed from previous tariff lists are back on the latest list. 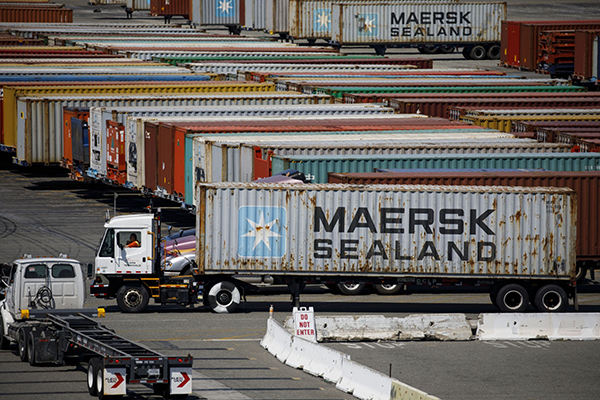 A cargo shipping container is transported at the A.P. Moeller-Maersk A/S APM Terminals shipping terminal at the Port of Los Angeles on May 7, 2019. (Patrick T. Fallon/Bloomberg News)

Jay Foreman, the chief executive of Basic Fun! toy company in Florida, which makes the Lite-Brite and other products, said he’ll have no choice but to reduce employees by the same percentage as the duty.

“We are not making toys here using imaginary elves from the from North Pole,” Foreman said Wednesday on conference call with reporters arranged by Tariffs Hurt the Heartland, a campaign of trade groups opposed to the tariffs. “American workers are designing, developing, selling, shipping and trucking our toys.”

White House economic adviser Larry Kudlow this week signaled the tariffs could be called off before Sept. 1 if Beijing shows goodwill on buying American agriculture goods and getting back to the negotiating table.

“The president and our team is planning for a Chinese visit in September,” Kudlow said Tuesday on CNBC. “Movement toward a good deal would be very positive and might change the tariff situation. But then again, it might not.”

It’s not clear if businesses are able to submit requests for product exclusions once the duties are imposed. For previous lists, such an option was only available once the tariff rate was bumped up to 25%.

It also hasn’t been clarified whether Sept. 1 applies to the date when the item arrives in the U.S. or when it leaves China — a critical question for importers because of the amount of product that is already on the water traveling to America.

Of the almost 13,750 exclusion requests submitted for the initial tariffs imposed last year on $50 billion in goods, only 23% have been approved as of Aug. 2. About 60% were rejected and the rest still are being revised, government data show. Companies can file for exclusions in the last round of tariffs on $200 billion of products until Sept. 30.

Win Cramer, the chief executive officer of California-based JLab Audio, said he was in Minneapolis on Wednesday visiting with two retailers — and instead of talking about holiday plans, they were discussing tariffs. It’s impossible to plan because of the uncertainty of what Trump will do next, he said.

“The answers aren’t there yet because we don’t know what we don’t know,” Cramer said on the conference call. “These decisions are made with a tweet, they can also as easily be reversed with a tweet. So we’re kind of in wait-and-see mode.”