C.H. Robinson on Jan. 3 announced the departure of CEO Bob Biesterfeld, and set in motion a process to find a permanent replacement while tapping an interim leader from its board of directors.

Biesterfeld, a 24-year veteran with the company, took the CEO reins in May 2019. He also held the title of president and was a member of the board of directors. Prior to rising to the top post, he was the company’s chief operating officer. His departure took effect Dec. 31.

C.H. Robinson said in a filing with the Securities and Exchange Commission that Biesterfeld was involuntarily terminated without cause. As a result, he is entitled to severance benefits in accordance with an executive separation and change in control plan. 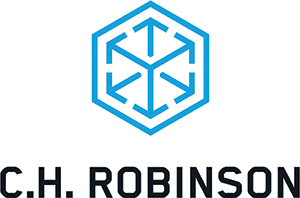 “It has been a privilege to lead C.H. Robinson and this exceptional team,” Biesterfeld said in a news release. “I am proud of all that we have achieved together, and it has been a pleasure working with so many talented members of the team throughout the organization during my tenure as CEO. I am confident that C.H. Robinson’s industry leading people and culture will continue to ensure that the company is well-positioned for the future.”

“On behalf of the board of directors, I thank Bob for his many important contributions over the past three years as CEO and his 24 years with C.H. Robinson,” Anderson said. “Since joining Robinson in 1999, Bob has played an important role in positioning C.H. Robinson for long-term success, most recently leading the company through a challenging period, which included COVID-19 and dealing with supply chain disruptions. We wish him all the best.”

Board member Jodee Kozlak will become independent chair of the board. Kozlak, founder and CEO of consulting firm Kozlak Capital Partners, has been a member of the company’s board since 2013.

“I am honored to take on the role of interim CEO and am committed to ensuring this will be a seamless transition for all C.H. Robinson stakeholders,” Anderson said. “Now is the right time for C.H. Robinson to accelerate our strategic initiatives and the board is focused on identifying a CEO successor who can execute on the opportunities ahead for Robinson.”

The Biesterfeld exit “came as a bit of a surprise,” Citigroup analyst Chris Wetherbee told Transport Topics. “We weren’t necessarily expecting that. Obviously, results in the third quarter were not particularly good. And it doesn’t sound like the fourth quarter is progressing all that well either. So, I think there is some short-term financial pressure on Bob.”

Wetherbee suggested the board of directors may believe a change of leadership is needed to achieve their longer-term goals.

“Bob, I think, was on the same page about executing toward more of a digital future for the brokerage platform, and streamlining and cutting costs,” Wetherbee said. “I just don’t know that the cost-cutting side was urgent enough for the board at this point, given what’s going on in the market and results that they were seeing.”

Anderson has been a director with the company since 2012, and served as chairman between 2020 and 2022. Wetherbee believes Anderson will provide a steady hand to manage the business before a permanent leader is found.

“He has an ability to step in and be a leader right off the bat, to sort of help bridge this gap between Bob leaving and whoever ultimately is being named there,” Wetherbee said. But he doesn’t believe Anderson will be named to the post.

The board retained national executive search firm Russell Reynolds Associates to conduct a search for a new CEO, including internal and external candidates.

“I think they’ll run a full process, and obviously see who’s out there,” Wetherbee said. “We’ll see. They’re certainly going to be looking at people, though, outside of executive management.”