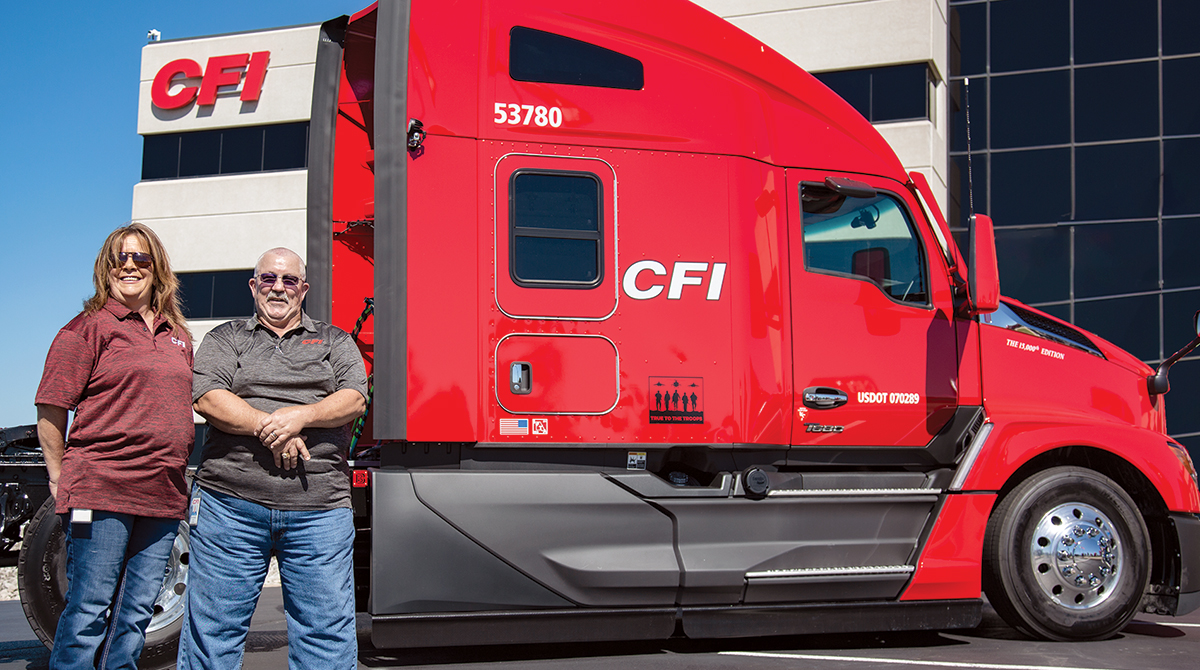 CFI marked seven decades in business Oct. 1 and held a ceremony the week prior to commemorate the anniversary at its headquarters in Joplin, Mo.

Ursul Lewellen started with just one truck and two trailers when he founded the company in 1951. At the time, it was called Contract Freighters Inc.

“CFI has called Joplin home since our first day in business, and we have been blessed with strong leadership and dedicated associates who have always represented our company with passion, professionalism and integ- rity,” CFI President Greg Orr said.

CFI now deploys nearly 2,000 professional drivers operating a fleet of more than 1,800 tractors and more than 7,000 53-foot dry-van trailers throughout the U.S. and Canada, with cross-border service to Mexico. The company also contracts with approximately 700 owner-operators.

“That includes a remarkable team of fleet managers, safety and support personnel standing behind a group of professional drivers who continue to be an inspiration and are the backbone of the safe, reliable service we deliver to shippers every day,” Orr said.

CFI bought its first company-owned truck from Kenworth in 1985. During the ceremony, the company received the delivery of its 15,000th truck from Kenworth, a 2021 Kenworth Next Gen T680. The company also honored several of its professional drivers for exemplary work by presenting them with custom-made trucks and trailers. The professional drivers were: