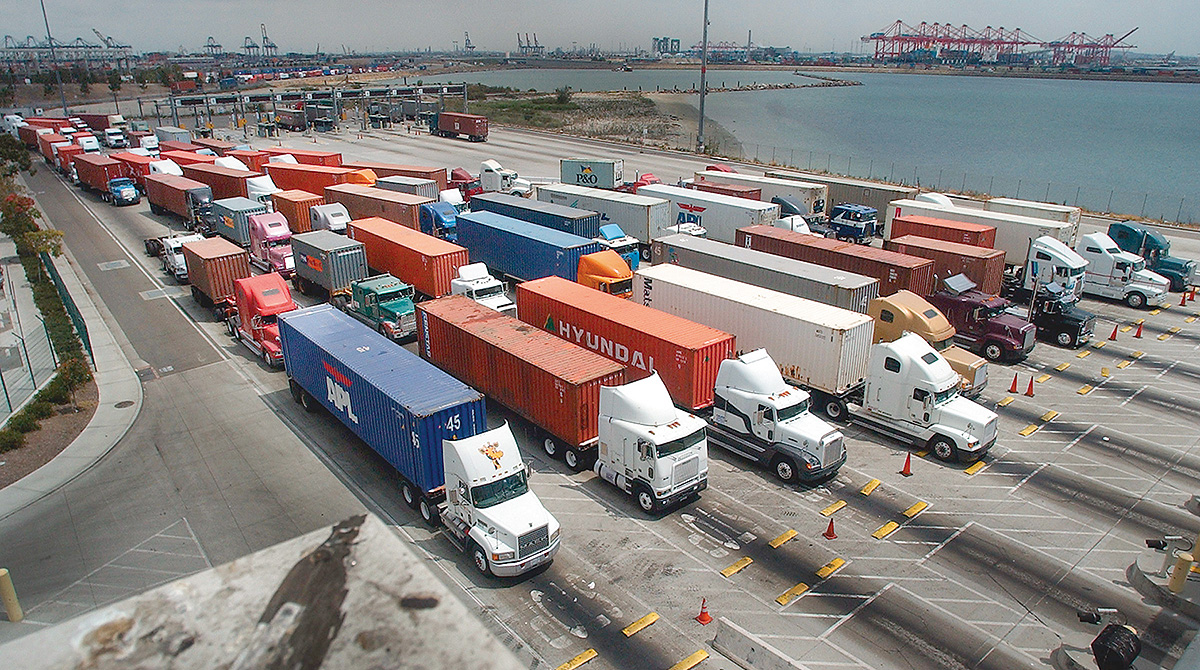 One vital sign of the American economy is pointing toward growth turning negative by the end of the year.

The Cass Freight Index, a monthly measure of rail, trucking and airfreight volume, dropped 3% in August from a year earlier, the ninth consecutive month of declines. The figures released Sept. 13 blamed tariffs for stalling trade.

The numbers and the analysis behind it run counter to President Donald Trump’s claim that he’s presiding over “perhaps the greatest economy in the history of our country,” even as he urges the Federal Reserve to cut interest rates to an emergency setting of zero or lower amid tame inflation.

“The shipments index has gone from warning of a potential slowdown to signaling an economic contraction,” according to the commentary included in the report. “We see a growing risk that GDP will go negative by year’s end.”

• The index has turned negative before without being followed by a GDP contraction. “However, weakness in demand is being seen across most modes of transportation, both domestically and internationally, with many experiencing increases in the rates of decline.”

• Concern about “the increasingly severe declines in international airfreight volumes (especially in Asia) and the ongoing swoon in railroad volumes, especially in auto and building materials.”

• As the volume of chemical shipments slowed, “our concerns of the global slowdown spreading to the U.S. and the trade dispute reaching a ‘point of no return’ from an economic perspective grow.”

• Tariffs have “throttled export volumes in many areas of the U.S. economy, most notably agriculture exports and other select raw materials.”

“Bottom line, more and more data are indicating that this is the beginning of an economic contraction.”

The freight index is produced by St. Louis-based Cass Information Systems Inc., which processes more than $28 billion in annual freight payables on behalf of clients.

There’s also plenty of evidence that the economy remains resilient during the U.S. trade war with China. While manufacturing is slumping, uncertainty is mounting and businesses are paring spending as global demand slows, unemployment is near a five-decade low and U.S. equities have risen for three straight weeks.