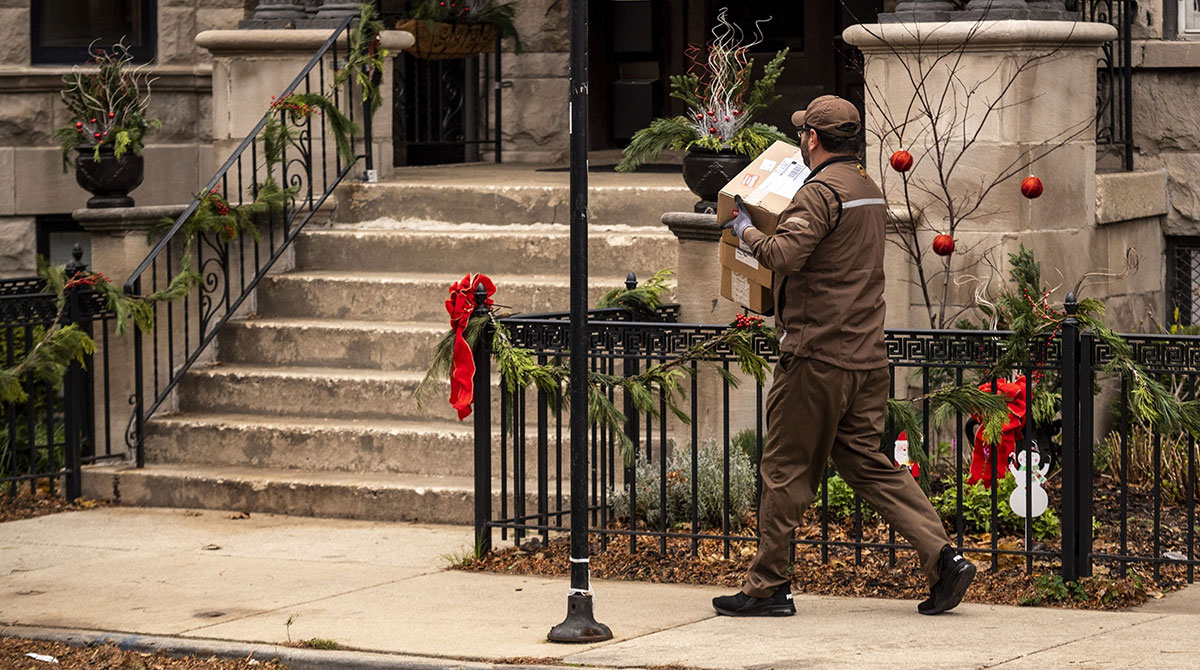 A UPS driver delivers a package in Chicago. (Christopher Dilts/Bloomberg)

The trucking industry, working since March to replenish inventories depleted by the coronavirus, now has to grapple with holiday season demand.

“The inventories got wiped out during COVID when things were shut down and retailers have been trying to build them back up,” Lee Clair, a managing partner at Transportation and Logistics Advisors, told Transport Topics. “But inventory levels are still below normal amounts as we go into the holiday season, which people buy more stuff during this time.”

UPS Inc.-founded Ware2Go noted in a study Nov. 12 that 62% of consumers started their holiday shopping in October. The survey also found that 54% plan to do more shopping this year than last year and that 83% will shop online for more of their gifts. 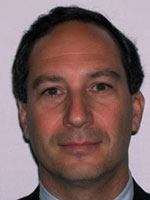 “We’re seeing things level off, but they’re leveling off at a very high level,” Todd Tranausky, vice president of rail and intermodal at FTR Transportation Intelligence, told TT. “It’s not as though we had a peak event and it has come down. It has been holding at the very high level that it has been operating at as people continue to use e-commerce shopping and people put pressure on the parcel carriers to deliver things quickly.”

Tranausky added that the trucking market has tightened up quickly. That has kept pressure on intermodal as folks look for capacity. He did note there are downside risks with volumes such as stimulus money or unemployment benefits running out.

“You have this pent-up demand for orders that have been placed that there isn’t enough product for,” Erik Caldwell, XPO Logistics president of last-mile business in North America, told TT. “You have this peak season hitting at the same time.”

XPO found in a survey that 51% of its U.S. consumers preferred shopping online for gifts. It also found 61% are spending more time online shopping this year and 73% agree online shopping will be the primary trend after the pandemic.

Caldwell noted that when consumers order online they tend to return more.

To keep up with #global holiday orders this season, we're expanding like never before. Swipe through pic.twitter.com/Wsy4gHiAhM — XPO Logistics, Inc. (@XPOLogistics) December 2, 2020

“So you have three simultaneous maneuvers going on within the logistics space,” he said. “Part of that is because inventory levels are at a historic low. Companies are trying to reposition the inventory to fulfill the existing orders while simultaneously having a flood of new orders, and then when they get clear of those in January you’re going to have a ton of returns at the same time. So it’s going to put an unprecedented amount of pressure on the supply chains.”

Paul Bingham, director of transportation consulting at IHS Markit, noted that so far holiday shipping is shaping up as anticipated. Retail supply chains remain stretched with the mismatch between capacity and demand. Brick-and-mortar retail store traffic and sales are down significantly, but e-commerce still is booming. He also noted those still employed have shifted spending from services to goods.

“The ocean carriers, railroads and truckers that serve this segment of freight demand are seeing the impacts in volume demand now at levels above where they were last year at the same time,” Bingham told TT. “Freight rates have jumped, challenging shippers whose supply chains were already strained due to playing catch-up with the inventory drawdowns following the factory and store shutdowns during the pandemic earlier in the year.”

Trucking is likely to see the exceptionally high demand spill over into next year with the likelihood of high returns and that retail inventories will not have the chance to catch up as carriers tackle the holiday season.

“We’re kind of at a maximum retail input level that’s not likely to let off and as we get past the holiday season a likely scenario is that it will still be above average volumes,” Transportation and Logistics Advisors’ Clair said. “They’ll be trying to build inventories up post-holiday because they’re not going to get them built up now.”

Clair also noted in transportation generally there is a good chance a lot of things people buy will not arrive by the desired time. He warned there simply is nowhere near enough capacity.

“Retail inventories are still low so we expect to see intermodal volumes continue to stay strong probably for at least a quarter and maybe two,” Tranausky said. “But in terms of the holiday season, things are maybe even a little more robust than we thought.”