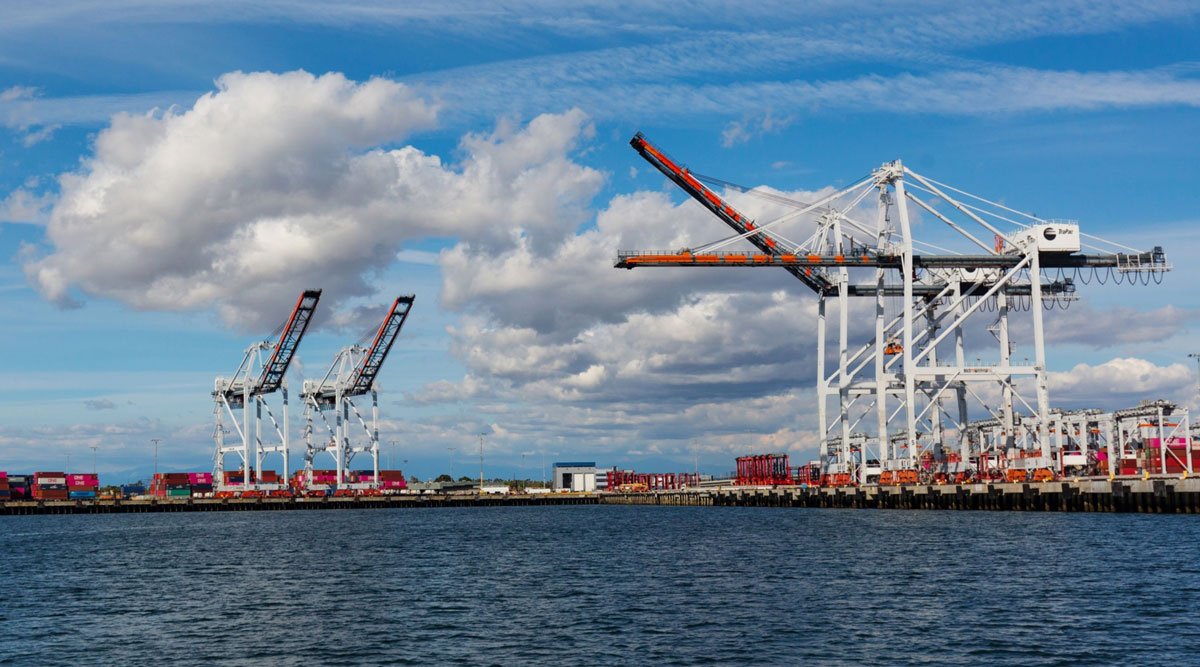 A shipping container shortage that has left everything from Thai curry to Canadian peas idling in ports may be about to get a whole lot worse as China steps up its coronavirus precautions on incoming vessels.

Unloading holdups in China and delays on the return of vessels when the outbreak was largely limited to Asia have left shippers waiting for hundreds of thousands of containers to move their products. But as the disease goes global, the port of Fuzhou is starting to quarantine incoming ships from countries including the U.S. for 14 days. That threatens to exacerbate the crunch.

“That’s millions of tons of capacity that’s wiped off the board,” said Greg Cherewyk, president of Pulse Canada, a Winnipeg-based industry group that represents the nation’s growers, traders and processors of products like peas and lentils. “An industry like ours, we depend on containers.”

Containers bringing consumer goods from Asia are normally unloaded, then filled with exports of other commodities. Brazil usually ships meat, pulp and coffee in containers to China, a journey that takes a month each way, while Canada uses them to ship everything from specialty crops to lumber, plywood and paper.

The availability of cargo containers at Hamburg, Rotterdam and Antwerp in Europe and Long Beach and Los Angeles in the U.S. are at the lowest levels recorded, according to a Bloomberg report. Imports to the port of Los Angeles and Long Beach, which have a 35% share of containers coming into the U.S., fell as much as 13% in the first two months of the first quarter, Bloomberg Intelligence analyst Lee Klaskow said March 18 in a report. International volume could begin to increase as Chinese exports pick up, he said.

Container throughput in the port of Shanghai fell 19.5% in February from a year earlier, with outbound containers slumping 25%, according to data from the Municipal Statistics Bureau on March 19.

Canada doesn’t have enough containers to export some of its pea and lentil crops and exports are running as much as two months behind after 30 vessels from China canceled their sailing to Vancouver since January, Cherewyk said.

The legumes, used in everything from vegetarian cooking to packaged food, are in high demand as buyers stock up on dry, packaged goods and about one-third of the Canadian crops rely on containers to ship, he said.

“They’re a little bit stressed right now,” said Mark Hemmes, president of the Edmonton-based Quorum Corp., a company hired by the federal government to monitor Canada’s grain-transportation system. “Hopefully with China starting to start up its production this will correct itself in the next number of weeks.”

Adnan Durrani, CEO of food manufacturer Saffron Road, says getting certain spices, like curry from Thailand, was taking longer than normal by about a month. In the end, he was able to get what he needed, but there were higher shipping costs to get it on time. The coronavirus has “put some stress on the supply chain,” he said.

Brazilian coffee sellers have been struggling to secure forward bookings due to the shortage as many containers leaving to China aren’t returning.

U.S. pork exporters are also crimped by a tighter supply, though that’s partly since they are moving record high volume to China, said Laurie Bryant, executive director of the Meat Importers Council of America.