CARB Will Regulate Trailers If EPA Vacates Section of Phase 2 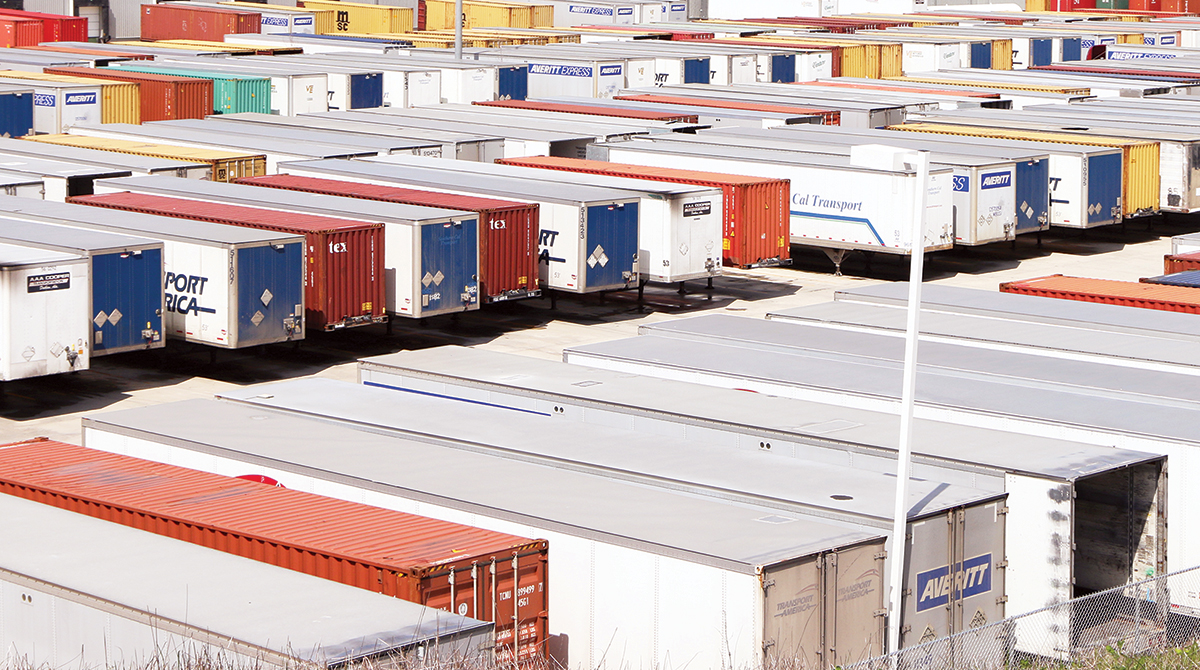 Whatever federal authorities may or may not do to alter parts of the U.S. Phase 2 regulation of greenhouse gases from trucks, California will keep regulations in place that are at least as tough as the October 2016 final rule, and might even get more strict and encompass aspects of nitrogen oxide emissions.

California Air Resources Board staff members said at a public hearing in Sacramento that they are monitoring actions by the federal Court of Appeals for the D.C. Circuit and the U.S. Environmental Protection Agency, both of which are addressing the trailer section of Phase 2 and other parts of the rule. CARB is inclined to harmonize its state rule with the federal regulation — if the court and EPA do not alter the federal rule significantly.

Two other changes likely to arise from the California regulatory effort are aimed at truck and engine makers: a mandatory extension of the warranty period for emission aftertreatment systems and an obligation to file for compliance certification with CARB in addition to EPA.

“We have said all along and asked U.S. EPA to take on this issue,” CARB spokesman David Clegern said of the regulation of trailer design and components. “We have urged them to take full advantage of the technologies available.

“If EPA or the court do away with it [the trailer section], we have to do something.”

Clegern made the comments in an interview after the Aug. 31 public workshop was held.

The sections of Phase 2 dealing with heavy- and medium-duty trucks and their engines have not been challenged and will be rolled out in three stages: 2021, 2024 and 2027. For trailers, manufacturers will face EPA standards for the first time as of Jan. 1, and then the rules will tighten through 2027 in the same three stages.

The Truck Trailer Manufacturers Association has challenged the rule in federal court. Then, on Aug. 17, EPA Administrator Scott Pruitt said he wants his agency to reopen the rule-making process on trailers.

The first federal greenhouse gas rule for trucks started Jan. 1, 2014, and then tightened Jan. 1 of this year. California adjusted its state rule at the time to come close to the federal version.

The CARB workshop presentation said it would be desirable to “harmonize with U.S. EPA Phase 2, including trailer certification requirements” if the trailer rule remains intact.

If the federal trailer section is withdrawn, CARB said its options include regulatory changes in two steps:

• The agency may propose “more stringent aerodynamic technology requirements” for 53-foot van trailers, dry and refrigerated, made in 2020. The standard might be EPA’s SmartWay Elite, which considers GHG and nitrogen oxide (NOx) emissions

Options for California’s truck trailer GHG rule for 2020-22 include:

• May propose aero requirements on tank trailers and flatbeds.

“The [TTMA] lawsuit and [EPA] reconsideration of the trailer provisions, however, does not affect California’s authority to establish standards for trailers hauled by heavy-duty tractors, and CARB is accordingly proposing to establish specific requirements for trailers,” the workshop presentation said.

“If Phase 2 goes away, California will ramp up regulations a little quicker,” said Mike Tunnell, director of environmental affairs for American Trucking Associations, who attended the workshop.

The workshop presentation also addressed two proposals aimed at truck makers: requiring an extension of the warranty for aftertreatment systems to 435,000 miles from 100,000 miles, and insisting that truck and engine makers certify their equipment with CARB as well as EPA.

The two major aftertreatment systems for a truck are selective catalytic reduction, which lowers NOx output, and the diesel particulate filter, which reduces soot. NOx and soot are considered “criteria pollutants” rather than greenhouse gases.

Tunnell described the current warranty level of 100,000 miles as “pretty minimal at this point.” Many heavy-duty trucks top 100,000 miles in less than a year.

Clegern said the rule would require manufacturers to make the 435,000-mile guarantee, and there would be no obligation for customers to purchase an extended warranty.

As for CARB certification, truck and engine makers used to be able to waive into California by demonstrating compliance with EPA. This was called “deemed to comply.”

Clegern said trucks sold in California also will need certification from CARB, in addition to EPA.

CARB’s timeline for the next six months calls for staff to produce a draft proposal before the end of October. Public comment on the draft would start in December.

The 16-member Air Resources Board is scheduled to vote on the rule in February.

Given that schedule, Tunnell said any rule passed might not take effect until about 2020.