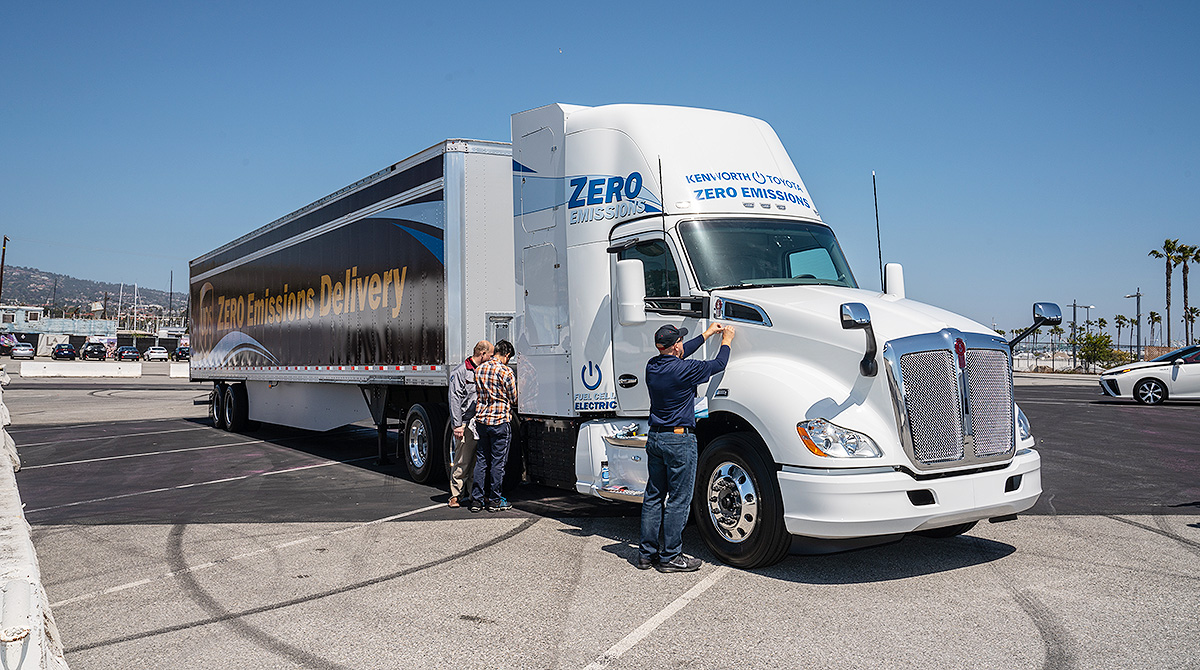 California environmental regulators approved a measure that within a few years will require truck manufacturers to transition a percentage of their sales in the state from diesel trucks to electric zero-emission vehicles.

In a unanimous vote, California Air Resources Board members on June 25 approved the state’s Advanced Clean Trucks Regulation, mandating, among other things, that 5% of all Class 7 and Class 8 trucks sold be electric beginning in 2024. Under the plan, the percentage of medium and heavy electric trucks sold would increase each year, topping out at 40% annually from 2032 and beyond.

The regulation also includes a one-time requirement for fleet owners with 50 or more trucks to report about their existing fleet operations.

California takes bold step to reduce diesel truck pollution. A first of its kind requirement for #zeroemission trucks in the state will help communities hardest hit by #airpollution

“I don’t have to say anything more about the historic nature of what we’re doing,” said CARB Chairperson Mary Nichols. “It is clear this is the first of its kind in the world.”

The decision came after a nearly six-hour virtual public hearing during which more than 130 commenters came to the online podium to offer their support, or concerns. Allotted only two minutes, many voiced support for the regulation, but some said the rule was either moving too quickly or not fast enough.

Jed Mandel, president of the Truck and Engine Manufacturers Association, said his group asked the board to move the sales requirement back by two years, going into effect in 2026, which would give more time to build out an electric charging infrastructure. The delay also would allow manufacturers time to recover financially from the COVID-19 pandemic, and give the board time to enact a link for the sales mandate to one requiring purchases by fleets, Mandel said.

Chris Shimoda, vice president of government affairs for the California Trucking Association, noted that the regulation approved by the board added flexibility to a previous proposal made in December, and also pointed out how much has changed since then.

“To put it mildly, the world has changed since December, with a $54 billion state budget deficit, a near zeroing-out of Greenhouse Gas Reduction Fund, record unemployment, and the sign of pandemic-related economic stress and recession all around us. This is all to say that our collective degree of difficulty has only increased since we last met in December,” Shimoda told the board. “To take the next step in successfully creating a zero-emissions truck market, there is much to be done by all stakeholders.”

In written comments on May 28, American Trucking Associations asked CARB to recognize and direct its staff to evaluate how changes in economic conditions have changed with the “still unfolding COVID-19 pandemic” and “associated economic crises unlike anything our state and nation have faced in its history.”

“While the full scope of the economic impact from this sudden, unplanned shuttering of large swaths of commerce is yet to be fully understood, there are some clear warning signs already emerging,” ATA wrote.

At least one board member also expressed concern about what may lie ahead. “The task in front of us is daunting, and comes at a time when there isn’t a lot of money on the table,” said board member Judy Mitchell, referencing the state’s current budget woes.

“For those manufacturers, Tesla among them, that have made bold announcements regarding our intentions to produce zero-emission medium- and heavy-duty vehicles, this regulation effectively holds them to a challenge by creating real opportunity costs for failure to deliver.” Schwartz added, “Charging infrastructure can, and will, be built.”

Paul Cort, a staff attorney for environmental nonprofit Earthjustice, added, “Yes, we need to have buyers for these trucks. But the record shows the market is there. And yes, we need to make sure that the combustion trucks that are left on the road continue to get cleaner.”

Meantime, CARB is also working on a proposal that would as early as 2021 or 2022 require truck fleets to take on a responsibility to purchase zero-emission electric vehicles.