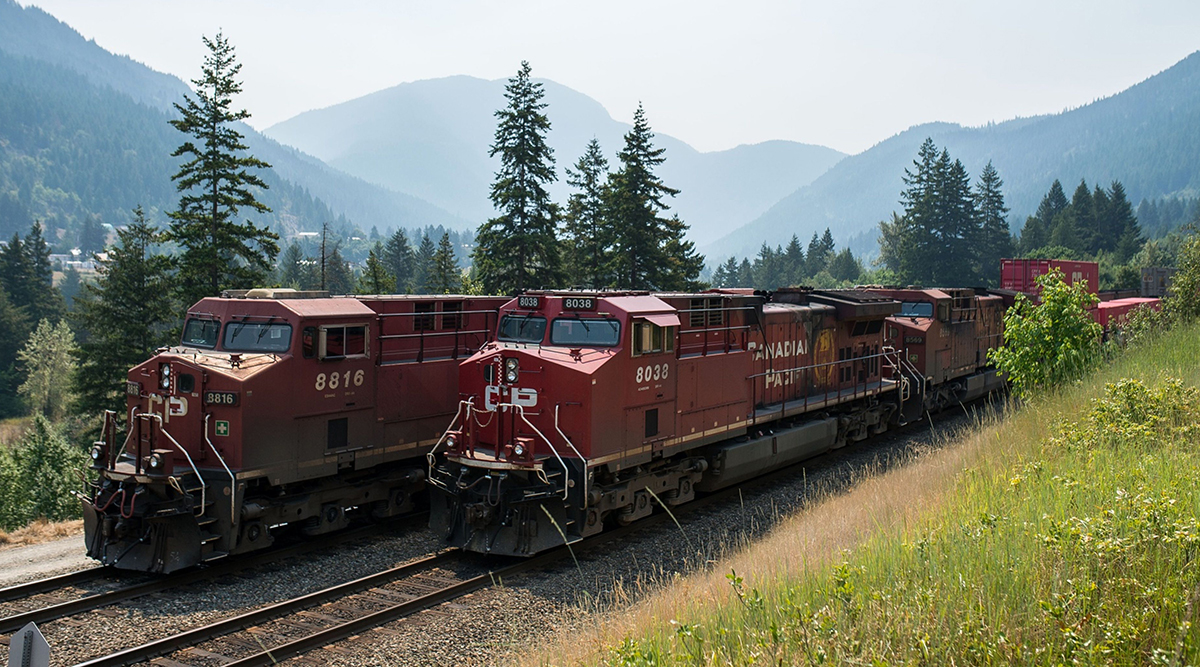 Canada’s transportation authority imposed new rules on its two largest railroad companies operating in wildfire-ravaged British Columbia as it investigates whether a freight train caused a blaze that destroyed a village two weeks ago.

Canadian National Railway Co. and Canadian Pacific Railway Co. will have to ensure they can respond within 60 minutes to any fire detected along rail lines in the most affected areas of British Columbia, according to a release July 11 from Transport Canada.

The rules also will make train conductors responsible for spotting fires or smoldering areas, require the rail companies to remove vegetation and combustible material from near tracks, and ensure areas are patrolled regularly where trains are running and the risk of fire is considered extreme.

The new rules come as the government investigates whether a June 30 wildfire that destroyed the village of Lytton was caused in part by a freight train. Both Canadian National and Canadian Pacific operate lines near the village. On July 9, Transport Canada ordered a 48-hour halt to railway operations in the area as residents temporarily returned to inspect the damage.

The bulk of rail cargo transported to the Pacific ocean port of Vancouver for export, from lumber to grains to crude oil, goes through the impacted area and the disaster has snarled thousands of railcars and created a bottleneck at the port, Canada’s largest.

“Unprecedented weather conditions in British Columbia continue to pose a serious threat to public safety and railway operations,” Omar Alghabra, Canada’s minister of transport, said in the press statement. “The Government of Canada remains committed to supporting those affected by the devastating wildfires in British Columbia.”

Nearly 300 wildfires were burning across Canada’s westernmost province July 11 as unusually hot, dry weather provided ideal conditions for blazes to start. The government also issued wildfire mitigation rules that will apply across the rest of the country, including requiring the largest rail operators to reduce train speeds on particularly hot days in areas where fire risk is considered extreme, and to inspect the exhaust passages of locomotives operating in such areas for combustible material. All these rules will be in effect until the end of October.