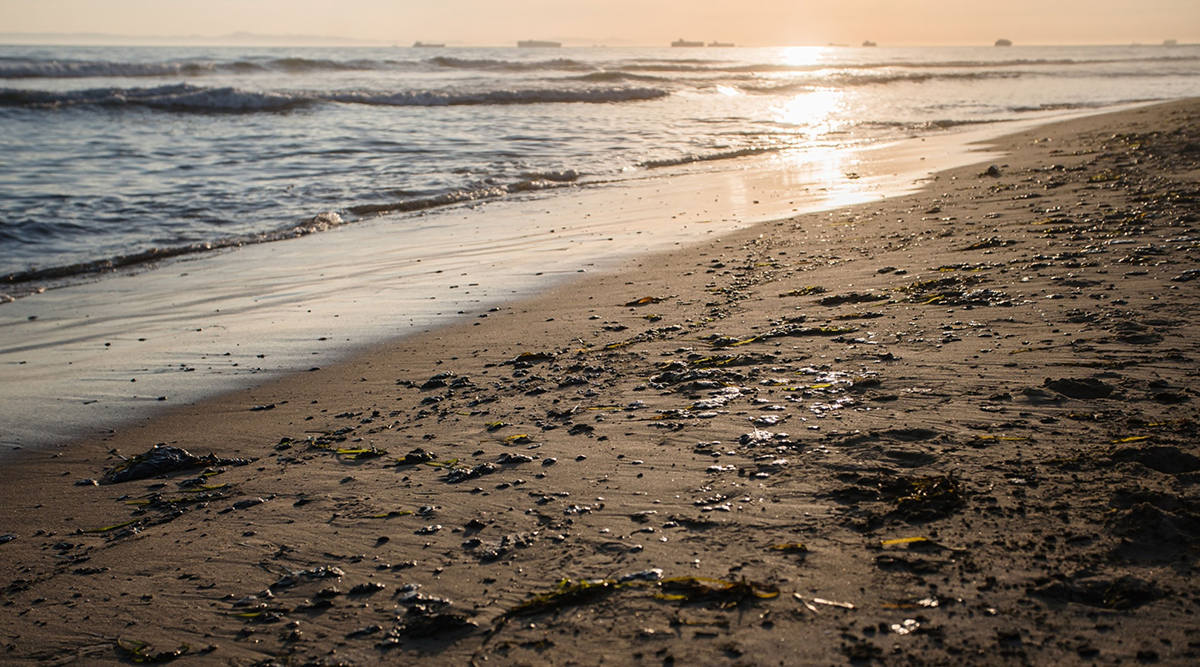 Oil that has washed up on the shores of Huntington Beach. (Ariana Drehsler/Bloomberg News)

Cruising along the panoramic Pacific Coast Highway that hugs the curves of California’s shoreline, it’s the salty sea breeze that typically overtakes you. This week, it’s the stench of crude oil.

The state’s worst oil spill in almost 30 years means crude is washing ashore as “tar balls” or “patties,” a sticky mess that gets caught in the sand. It’s marring some of the world’s most renowned beaches, famed almost as much for the surf as for the multimillion-dollar homes that dot the hills overlooking the ocean.

The mucky scene playing out across Southern California’s coastline is reigniting the debate over an offshore drilling industry that once helped make the Golden State one of the most prolific oil-producing regions in the world, churning out more than 1 million barrels a day at its height. Today, the output from old platforms that dot the region’s shores has dwindled to just tens of thousands of barrels a day, and the risk of leaks and oil spills has risen. The disaster has also drawn fresh scrutiny of aging offshore oil and gas infrastructure around the world, built decades ago back before fracking, horizontal drilling and shale made ocean drilling less economic.

This spill should be the end of offshore drilling in California.

The roughly 3,000 barrels of crude (126,000 gallons) that have poured into the ocean near Huntington Beach isn’t just an environmental and economic blow. It has triggered visceral anger and revived questions about why California still has an offshore oil industry at all, five decades after it stopped issuing new drilling permits.

“This spill should be the end of offshore drilling in California,” Julie Teel Simmonds, senior attorney at the Center for Biological Diversity, said by phone from San Diego. “This should be the last catastrophic spill we endure.”

It’s not just the environmentalists. Both of California’s senators, Dianne Feinstein and Alex Padilla, said the episode underscores the need to block offshore drilling, including through a legislative ban on new leasing off California, Oregon and Washington. The House already has tucked the measure into its version of a multitrillion-dollar reconciliation bill designed to advance major Biden administration policy priorities.

“This is yet another preventable environmental catastrophe,” but “we have the power to prevent future spills,” Padilla said in an emailed statement.

Many of the famous sandy stretches near Huntington Beach, which has been fighting with Santa Cruz for the nickname “Surf City,” are closed and vacationers are canceling plans. 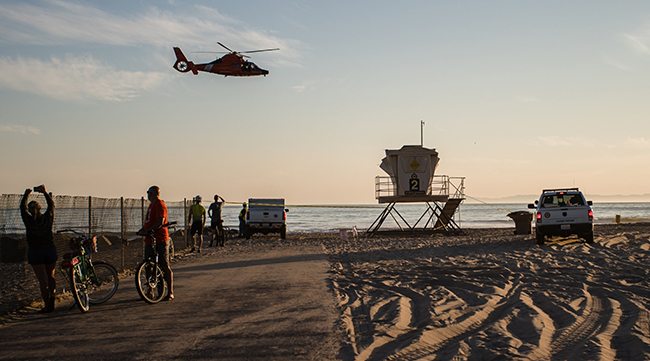 A helicopter flies over bystanders gathered at the beach during an oil spill in Huntington Beach on Oct. 3. (Ariana Drehsler/Bloomberg News)

Shaun Hammon, manager of Ocean Surf Inn and Suites in Sunset Beach, just north of Huntington Beach, said while the “actual physical stuff” hadn’t yet reached the beach closest to the inn, customers are nervous.

“It’s not only an ecological crisis,” said Chad Nelsen, who could smell the oil at his favorite surf spots this week. He serves as the CEO of the Surfrider Foundation, an environmental group headquartered in San Clemente.

“It’s a community, recreation and ultimately, an economic crisis. Once a spill occurs, the toothpaste is out of the tube, the damage is done,” he said.

The spill, from a pipeline owned by a unit of Amplify Energy Corp., comes at a time when California has been aggressively moving to shift away from fossil fuels. Although the first offshore oil wells in the U.S. were drilled just east of Santa Barbara in 1896, it’s been reining in the industry in more recent decades. The state stopped issuing new offshore oil and gas leases after a high-profile spill in 1969 and has taken an increasingly hard line on the sector.

The days of oil production were numbered in California even before the latest leak. Gov. Gavin Newsom, who declared a state of emergency late Oct. 4 to assist with the response to the spill, has banned the sale of new gasoline-powered cars by 2035 and targeted phasing out fossil fuel extraction by 2045. 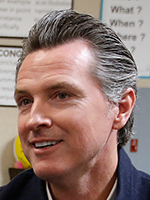 “As California continues to lead the nation in phasing out fossil fuels and combating the climate crisis, this incident serves as a reminder of the enormous cost fossil fuels have on our communities,” Newsom said in the statement.

Much of that decline happened after a break in a Plains All American Pipeline LP line near Santa Barbara in 2015 spilled thousands of gallons of crude onto a local beach, prompting the shutdown of multiple production platforms. One, Platform Holly, is currently being decommissioned and its wells plugged, but three others — ExxonMobil Corp.’s only oil platforms off the California coast — are still maintained, but not operating. The company is trying to get the go-ahead to start them up again.

But even then, California was ranked No. 7 last year among U.S. oil-producing states (topping for example, Wyoming, which is perhaps more well-known for its crude production).

The offshore production that continues in California may be partly because companies are reluctant to absorb the costs of shutting and decommissioning existing platforms, said Simmonds of the Center for Biological Diversity. The oil that spilled into the sea this week emerged from a pipeline linked to a network of decades-old production facilities.

“Oil and gas companies theoretically put up a sufficient bond to cover decommissioning costs, but they usually are woefully inadequate and many companies just end up declaring bankruptcy, leaving taxpayers to pick up the tab,” she said.

There are other obstacles to cutting back. The state is already facing an enormous squeeze on its electricity grid, with intermittent power from wind, solar and hydro sources proving difficult to manage amid recent bouts of extreme weather. Natural gas prices have soared as California utilities have had to burn more of that fuel.

“While there will certainly be a passionate reaction to the spill, it’s tough to say whether or not this will materially affect future production in California,” he said.

Even dwindling offshore production for some smaller oil companies makes it worthwhile, and dismantling an aging platform has costs and generates zero profit, said Deborah Gordon, senior principal in the Climate Intelligence Program at the Rocky Mountain Institute. She also pointed to the likelihood of more oil imports into the state if offshore output is curbed.

“It’s a much bigger systemic problem,” she said.

— By Robert Tuttle, Amelia Pollard and John Gittelsohn, with assistance from Sheela Tobben and Jennifer A. Dlouhy.