With California’s New Gas Tax Approved, Caltrans Is on a Hiring Spree as Construction Work Ramps Up 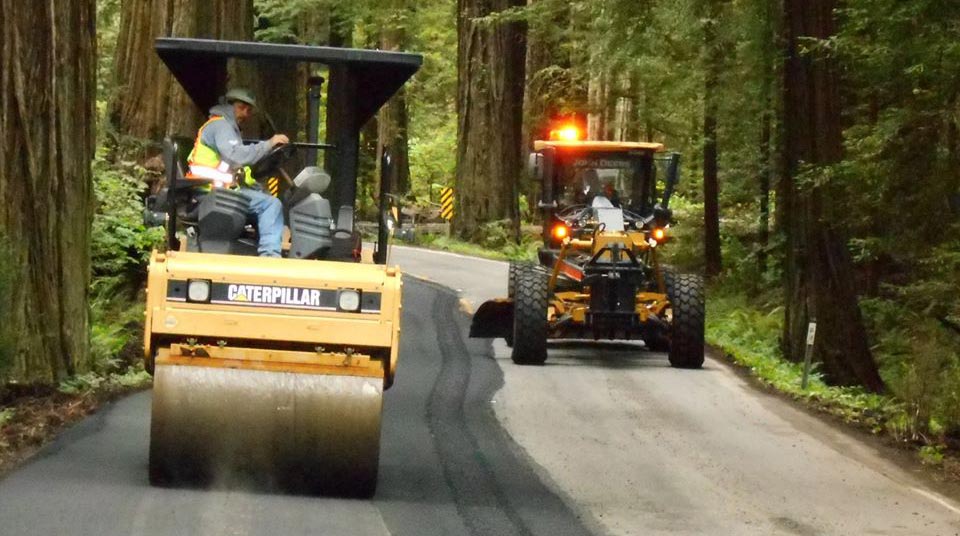 Vallejo native Chris Haynes had just finished high school when he signed up to work for the California Conservation Corps, a job that took him down back roads across the state. But wherever he went, he saw Caltrans workers too.

Something about that stuck with him, so when he saw Caltrans representatives at a job fair for military service members and veterans at San Francisco’s AT&T Park on Aug. 17, he was eager to see what the transportation agency had to offer.

“Caltrans just stayed with me,” Haynes said, as he mingled with hundreds of other hopeful job seekers talking to dozens of employers at the fair. “I’ve just always wanted to work for them.”

Since lawmakers approved SB 1, a gas tax and transportation funding bill, earlier this year, Caltrans has been ramping up its efforts to put shovels in the ground across the state. That means more workers — a whopping 1,100 more — in nearly every division, said Christina Hisamoto, a staff services manager for Caltrans. In the Bay Area, where Caltrans is headquartered, that also means more human resource workers and administrative employees, she said.

“We’re hiring for engineers, maintenance workers, equipment operators,” she said. “We have a lot of different opportunities. It’s just about everything across the board you can think of.”

That is good news for vets such as 26-year-old Air Force reservist Shawn Klein, who are looking to put skills they acquired during their military service to work. Klein is studying finance, he said, but works as an engineer in the reserves. And, if applying to Caltrans gets him out of his job working at the Air Force base’s commissary in Fairfield, so much the better, he added.

Some of the work from the landmark gas tax bill has already begun, even though the state won’t begin collecting the money until later this year. Caltrans released a list of 13 projects that began construction this summer, and on Aug. 17, the agency released a list of 32 more projects to resurface portions of highways across the state, fix and replace deficient bridges, and install electronic traffic management systems to reduce congestion.

The new revenue stream is expected to generate $5.4 billion annually, which is on top of the roughly $5 billion the state already doles out to transportation projects each year. Caltrans must also act quickly, because it committed to fixing more than 17,000 miles of pavement, 500 bridges, 55,000 culverts and 7,700 traffic control lights and message boards in 10 years, said Spokesman Mark Dinger.

But first, Dinger said the agency is looking to clear a backlog of shovel-ready projects that have been shelved due to lack of funding.

“These were projects that were already scheduled to begin in later years, but now, thanks to SB 1, we’ll be able to expedite these and start them nearly a year ahead of schedule,” he said.

At the same time, the California Transportation Commission, which oversees the allocation of SB 1 money and programming for state transportation projects, is right now in the process of finalizing guidelines for the various categories of funds available to local transit agencies, cities and counties, said Carl Guardino, the President and CEO of the Silicon Valley Leadership Group and a member of the commission. Municipalities could apply for sustainability grants, for example, to make infrastructure improvements that adapt to climate change. Or, a transit agency could ask for help with a project that demonstrably reduces congestion along a certain highway or bridge corridor.

“This can be transformational for transportation improvements across California, if we all do our jobs well,” Guardino said. “That’s why (the commission) staff and commissioners are working with Caltrans as quickly, but as transparently, as possible to develop all the guidelines in SB 1, so we can move forward with a competitive selection of projects.”