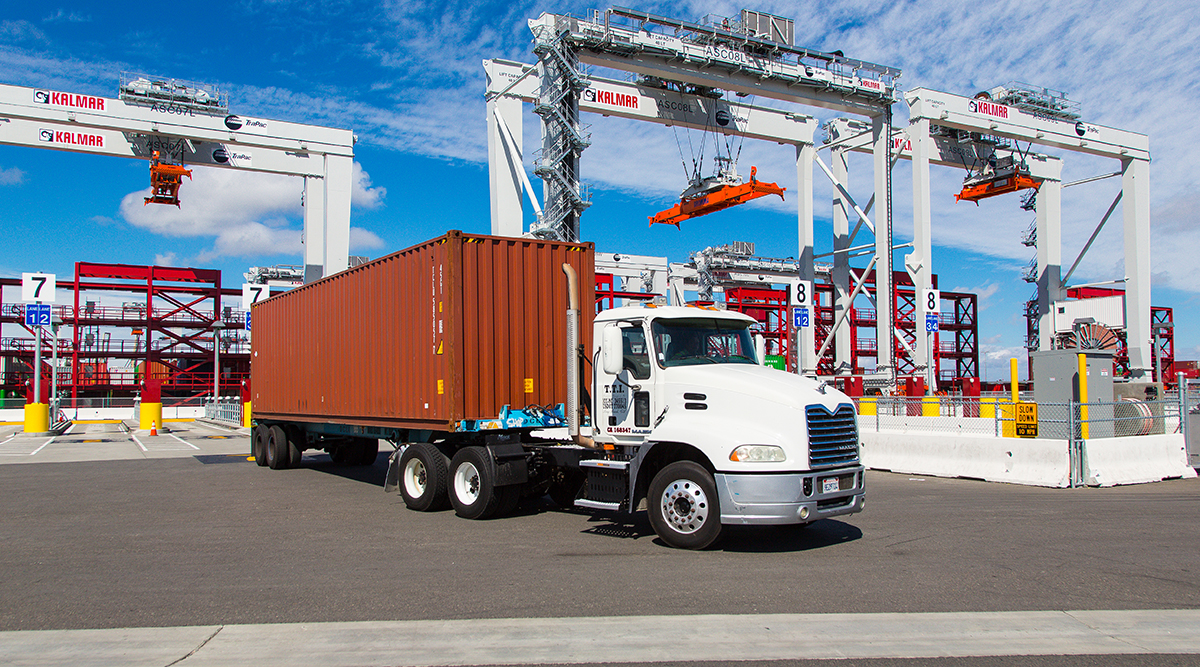 The top three containerports in California touted recent accomplishments in the battle against pollution as stakeholders debate what will be included in an update to the Clean Air Action Plan.

The Port of Los Angeles released an environmental study of emissions in 2016, finding that it surpassed its 2020 goal for reducing the public health risk from port-related activity.

The Clean Air Action Plan targeted reducing diesel particulate matter by 77%, sulfur oxides by 93% and nitrogen oxides by 59% below 2005 levels by the end of 2023 at the ports of Los Angeles and Long Beach.

The lowest decline in emissions in Los Angeles over the last 11 years was carbon monoxide, which still plunged 51%.

Isolated to heavy-duty trucks, emissions since 2005 plunged more than 90% on all pollutants except for nitrogen oxide, which fell 71%.

On a year-over-year basis, emissions by tons dropped between 3% and 14% compared with 2015 levels.

“These outstanding results are a powerful demonstration of how we can continue making our air cleaner even as we move record amounts of cargo at the port — and I’ll keep pushing for continued progress toward the goal of zero emissions goods movement at the ports,” said Los Angeles Mayor Eric Garcetti.

“The 2016 report validates the benefit of our clean air strategies in combination with improved operational efficiency,” Port of Los Angeles Executive Director Gene Seroka added. “We’re proud of the extraordinary progress we’ve made reducing emissions since 2006, and we’re determined to do more in the years ahead.”

Meanwhile, the Port of Los Angeles is also expanding its pilot program with GE Transportation to all terminals after a trial run at the APM Terminals at Pier 400. GE Transportation teamed with Los Angeles to digitize shipping data and make it available for stakeholders such as cargo owners and draymen to improve efficiency, which would improve turn times and reduce truck idling that contributes to pollution.

The Port of Los Angeles and GE Transportation also announced a five-year deal worth up to nearly $12 million, pending approval by the Los Angeles City Council. The port said the digitized data would support about 9 million TEUs for more than 15,000 truck providers and thousands of cargo importers.

“A trucking dispatcher may visit up to 40 websites a day just to coordinate cargo movement into the port complex. Having a single portal, a single reference point, will create new levels of efficiency that we’ve been seeking for a long time,” said Weston LaBar, executive director of the Harbor Trucking Association.

“The GE portal is an investment in the long-term growth of the Port of Los Angeles and tells our stakeholders and customers that we take seriously our responsibility to find new ways to drive efficiencies and optimization. We believe this project will not only move the needle but could be a game changer,” Seroka added.

Meanwhile, the ports of Los Angeles and Long Beach will hold a public workshop Aug. 30 to discuss the 2017 update to the Clean Air Action Plan.

Among the top items in the plan are:

• Set up a truck rate structure that encourages the use of near-zero and zero-emissions trucks, with the goal of transitioning to a zero-emissions drayage fleet by 2035.

• Develop a universal truck appointment system for the entire complex, with the goal of minimizing truck turn times.

• Expand the use of on-dock rail, with the long-term goal of moving 50% of all inbound cargo leaving the ports by rail. Rail currently accounts for about 33% of the outbound cargo, a port official said.

• Update the Vessel Speed Reduction Program, which encourages approaching ships to reduce emissions by going slower, expand the use of state-approved alternative technologies to reduce at-berth emissions and encourage clean technology upgrades on ships to attract the cleanest vessels to the San Pedro Bay ports.

The Port of Oakland believes port emissions have been reduced because more megaships are calling its terminals. Maritime Director John Driscoll said that the port may receive its second-fewest containership visits in the last 10 years, even though cargo volume is up.

Through July, import volume increased 3.7%, but the number of vessels declined 7.6%. Each vessel, however, loaded and unloaded about 11% more containers per visit than last year.

“This is a good trend,” Driscoll said. “Our cargo volume is up, but with fewer ships, we reduce diesel emissions and ease berth crowding.”