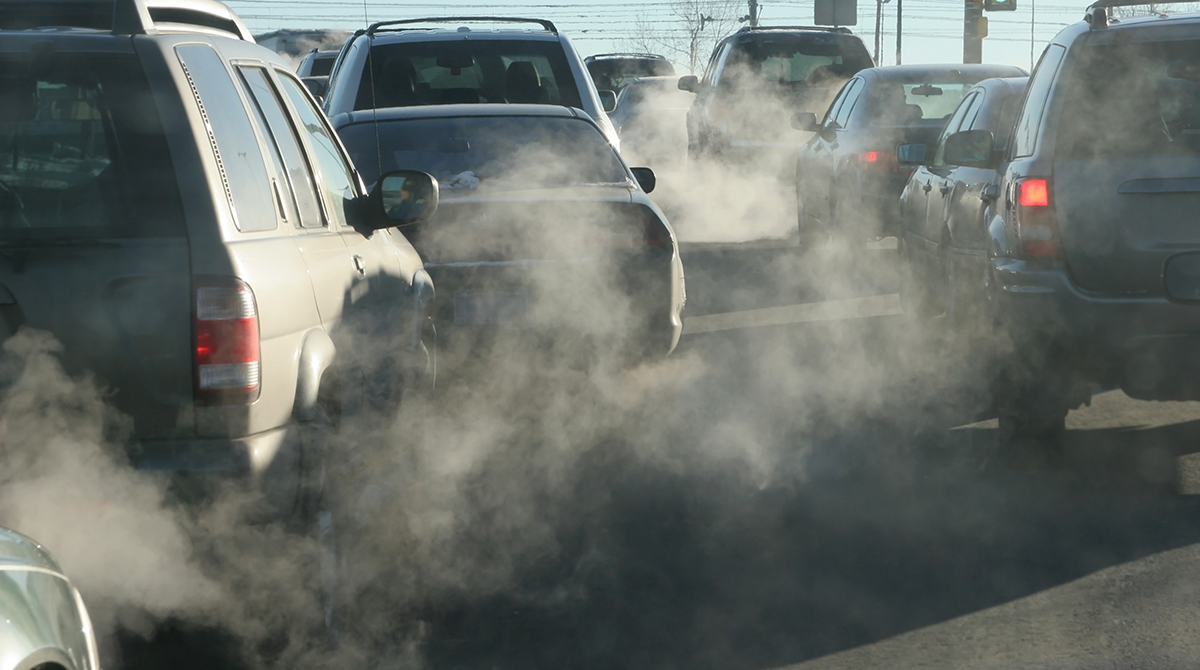 The internal combustion engine’s days may be numbered in California, where officials are mulling whether a ban on sales of polluting autos is needed to achieve long-term targets for cleaner air.

Governor Jerry Brown has expressed an interest in barring the sale of vehicles powered by internal-combustion engines, Mary Nichols, chairman of the California Air Resources Board, said in an interview Sept. 22 at Bloomberg headquarters in New York. Brown, one of the most outspoken elected official in the U.S. about the need for policies to combat climate change, would be replicating similar moves by China, France and the U.K.

“I’ve gotten messages from the governor asking, ‘Why haven’t we done something already?’” Nichols said, referring to China’s planned phase-out of fossil-fuel vehicle sales. “The governor has certainly indicated an interest in why China can do this and not California.”

Embracing such a policy would send shockwaves through the global car industry due to the heft of California’s auto market. More than 2 million new passenger vehicles were registered in the state last year, topping France, Italy or Spain. If a ban were implemented, automakers from General Motors Co. to Toyota Motor Corp. would be under new pressure to make electric vehicles the standard for personal transportation in the most populous U.S. state, casting fresh doubts on the future of gasoline- and diesel-powered autos elsewhere.

California has set a goal to cut carbon dioxide emissions by 80% from 1990 levels by 2050. Rising emissions from on-road transportation has undercut the state’s efforts to reduce pollution, a San Francisco-based non-profit said last month.

“To reach the ambitious levels of reduction in greenhouse gas emissions, we have to pretty much replace all combustion with some form of renewable energy by 2040 or 2050,” Nichols said. “We’re looking at that as a method of moving this discussion forward.”

California has the authority to write its own pollution rules, which dates back to the 1970 Clean Air Act. Those rules are underpinned by waivers granted by the U.S. EPA.

Nichols said the state would likely take a different legal route to enable a possible ban rather than use an EPA waiver, since the Trump administration would be unlikely to approve one. For example, California could use vehicle registration rules or control the vehicles that can access state highways, she said.

“We certainly wouldn’t expect to get a waiver for that from EPA,” Nichols said. “I think we would be looking at using some of our other authorities to get to that result.”

China will likely order an end to sales of all polluting vehicles by 2030, the chairman of electric-car maker BYD Co. said Sept. 21. France and the U.K. have announced 2040 as their end date for sales of fossil fuel-powered cars.

A ban for California could also still be decades away from implementation, and just how far out remains to be seen, Nichols said.

“There are people who believe, including who work for me, that you could stop all sales of new internal-combustion cars by 2030. Some people say 2035, some people say 2040,” she said. “It’s awfully hard to predict any of that with precision, but it doesn’t appear to be out of the question.”