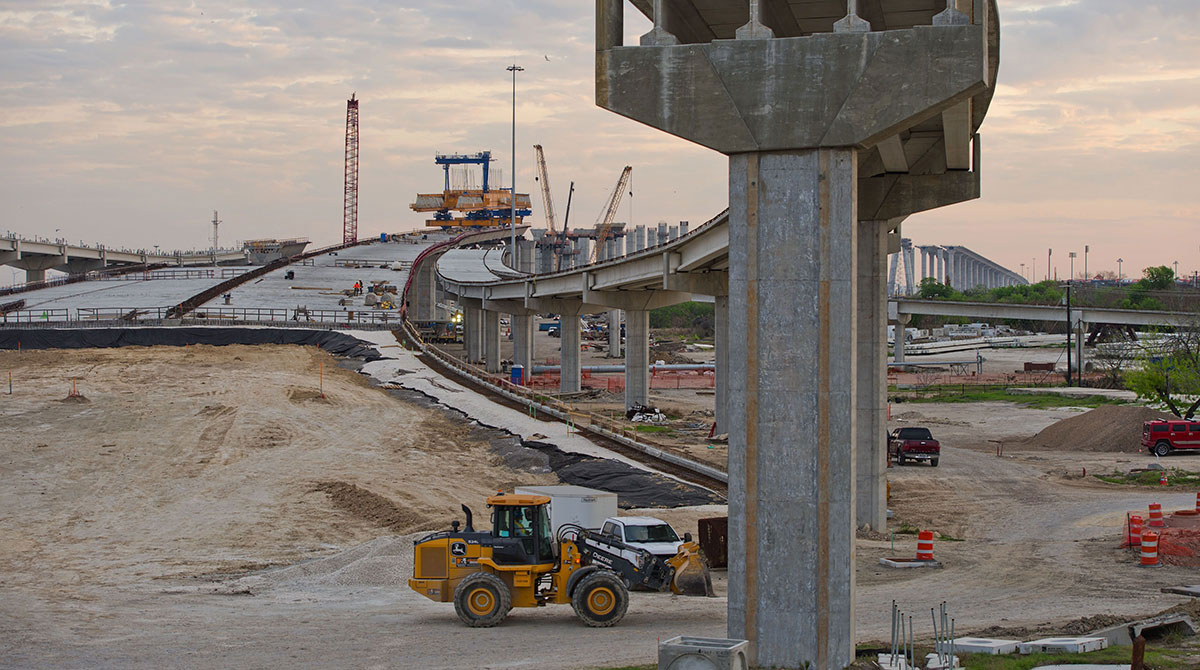 WASHINGTON — Major business and union groups have formed a new coalition designed to add momentum for a $1.2 trillion infrastructure package that the Senate is expected to take up this month.

The U.S. Chamber of Commerce and the AFL-CIO, along with trade groups representing manufacturers and retailers, announced the coalition July 8. The group’s formation comes as a bipartisan group of senators tries to craft a bill from a blueprint that aims to dramatically boost public works spending over the next five years.

Today we joined leading business & labor organizations to launch the Coalition for Bipartisan Infrastructure Investment, urging Congress to turn the bipartisan infrastructure framework into legislation that can be signed into law. Read full statement: https://t.co/cyt9SLMlDm pic.twitter.com/jYVJqI6y3o

The business and union groups often differ on policy issues in Washington, but that has not been the case when it comes to infrastructure as they tout the prospect of new jobs that would be created shoring up the country’s roads, bridges, rail lines and airports. They have emphasized that the legislation should be something that lawmakers from both parties can support.

“I appreciate the supportive words. Those are music to my ears,” Transportation Secretary Pete Buttigieg said of the coalition’s announcement during an event held by the Bipartisan Policy Center, a think tank that works to advance what it views as the best ideas from both political parties to solve problems.

Buttigieg described the framework agreed to by senators as an “incredibly ambitious deal that reflects a shared ambition to do big things.” Still, he worries that some may find it “politically advantageous to fail.”

“I think the biggest threat to this is politics,” Buttigieg said, adding, “I can’t think of better politics than actually delivering something that the American people want. I mean, the popularity that this has is off the charts.”

The framework agreed to by lawmakers has its critics on both sides of the political aisle. A group of influential conservative groups, including the Club for Growth and Heritage Action, says the compromise bill would “spend $1.2 trillion on left-leaning priorities and fails to properly pay for it.” The groups said some of the pay-fors identified in the bipartisan blueprint should be used to pay down the national debt.

Meanwhile, many Democratic lawmakers and groups are working to ensure that Congress not approve the $1.2 trillion package until there’s also a second bill providing additional money for health care, housing and other programs, which is unlikely to win GOP votes.

Buttigieg said the next few days and weeks are going to be decisive.

“It’s not a small thing to turn the outlines of an agreement, however hard won or however detailed into legislative text,” Buttigieg said. “We can’t let our energy dip at all in this critical phase.”

The bipartisan legislation would need 60 votes to pass the Senate. Speaking at a local Chamber of Commerce luncheon in northern Kentucky, Senate Republican leader Mitch McConnell dismissed Biden’s broader infrastructure goals as “wildly out of line.”

But he suggested the narrower, bipartisan package shows promise — so long as it’s “credibly paid for.”

“I think there’s a decent chance that may come together,” he said.