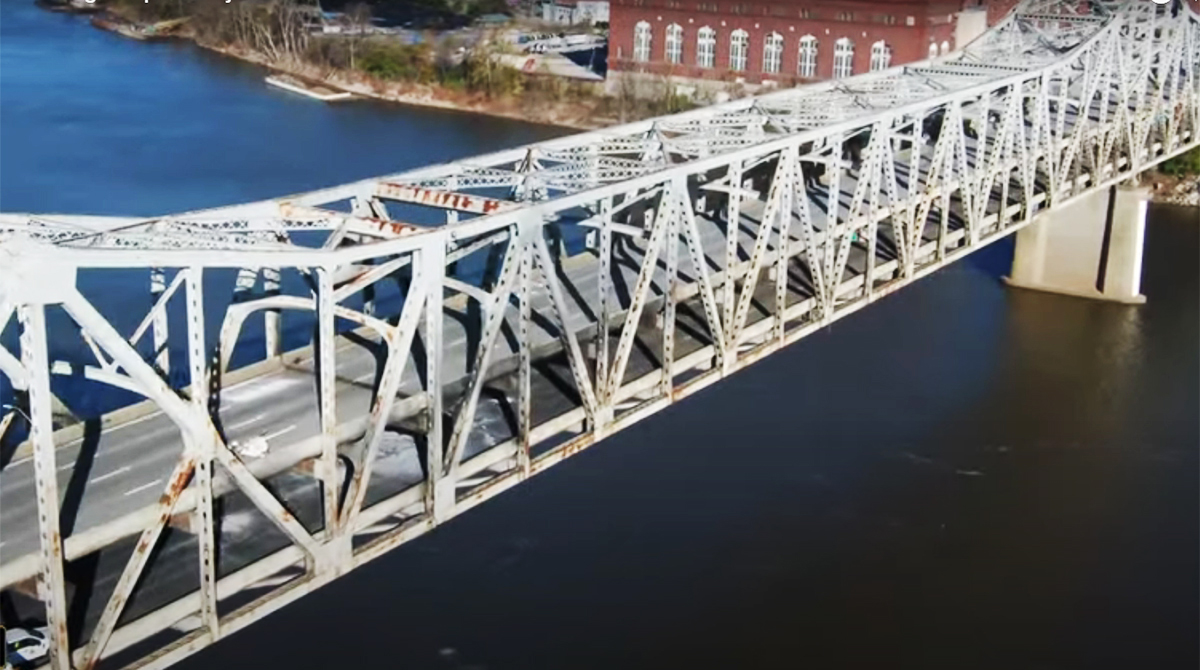 Biden said in an interview with WKRC-TV that he expected the Brent Spence Bridge, which carries traffic over the Ohio River and connects Cincinnati with northern Kentucky, would get funding in the bill that the House passed last week and he is expected to soon sign into law.

“You all are going to get in the state of Kentucky well over $10 billion,” Biden said in the interview. “It’s listed as one of the most notorious bridges in the country. And so my guess is that that’s going to be the choice that your governors are going to make and want to get done. And we can get it done now.”

The president spotlighted a proposed project in two states that he lost in the 2020 election to begin what is expected to be an extended administrationwide effort to tell the country about what the infrastructure bill could mean for Americans.

Biden and Cabinet members are expected to step up media appearances and visits around the country in the coming weeks to highlight what’s in the legislation. The White House said Biden will visit Baltimore on Nov. 10 to underscore how the bill will help Americans by upgrading ports and strengthening supply chains.

The busy Brent Spence Bridge has long been a bane of motorists in both states. The Federal Highway Administration declared the bridge functionally obsolete in the 1990s because its narrow lanes carried more cars than it was designed for.

Biden previously has pointed to the bridge project as the sort of much-needed infrastructure work that finally would get done if Congress passed the legislation. In a July CNN town hall in Cincinnati, he made passing reference to the dangerously outdated Brent Spence, vowing his administration would “fix that damn bridge of yours” if his legislation passed.

In Kentucky, McConnell said Nov. 8 he was “delighted” to see the infrastructure bill on its way to Biden’s desk, heaping praise on the bipartisan package he supported even as he has derided the president’s broader $1.75 trillion social services and climate effort still making its way through Congress.

“This will be the first time I’ve come up here in a quarter of a century when I thought maybe there was a way forward on the Brent Spence Bridge,” McConnell told an audience at a stop in Covington, Ky.

He said Kentucky stands to gain $4.6 billion for “hard infrastructure” and it will be the job of the state officials in Frankfort to divide it.

“I think there may be a way forward not only in Kentucky, but across the country to deal with these long-standing infrastructure problems,” McConnell said.

“I want to get this thing done,” Beshear said. “We’ve talked about it for decades. This is our best opportunity to do it. I want to be the governor that gets this done. What was once viewed as impossible suddenly now appears to be very possible.”

States Mobilize to Repair I-40 Bridge, but Closure Likely to Remain for Months