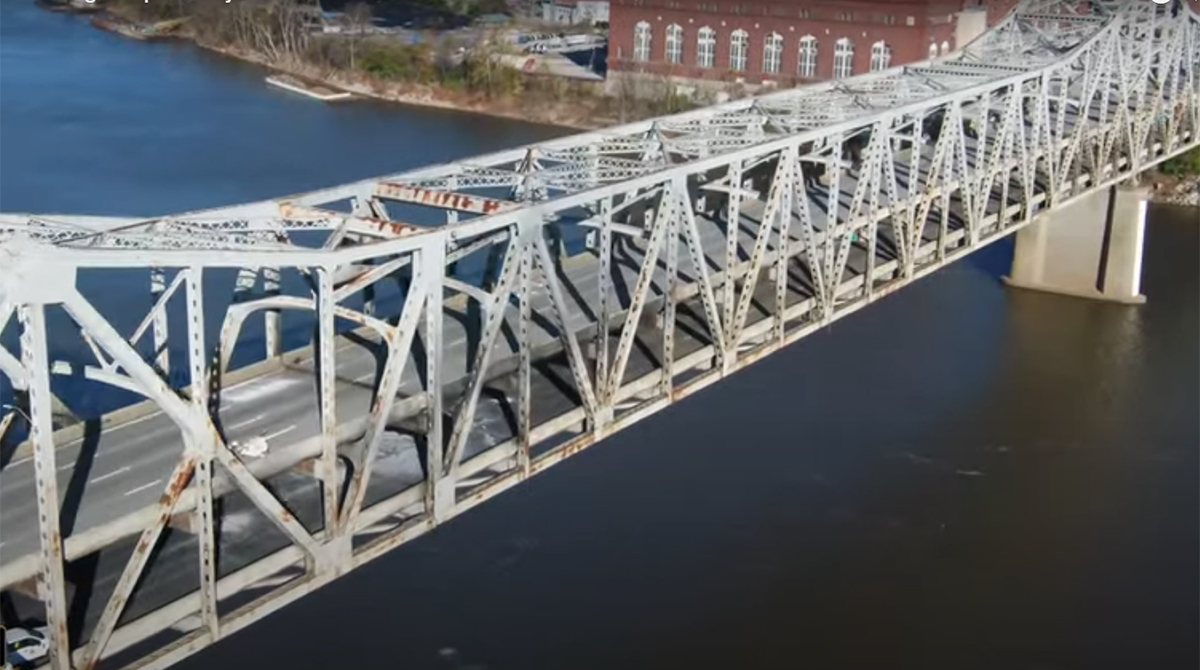 Transportation officials opened the newly repaired Brent Spence Bridge on Dec. 22, one day ahead of schedule.

The double-decker bridge, which forms a vital link between northern Kentucky and Cincinnati, carries interstates 71 and 75 over the Ohio River.

The span had been closed since a fiery crash involving two commercial motor vehicles occurred Nov. 11, when a northbound truck jackknifed on the lower deck of the bridge. A second truck, carrying potassium hydroxide, crashed into the first truck, causing a fire. Commonly known as lye, potassium hydroxide is used in various chemical, industrial and manufacturing applications, according to the National Library of Medicine.

Soon after the incident, a team of approximately 20 inspectors and engineers began work to examine and test damaged elements of the bridge’s steel superstructure and concrete decking. Repairs included replacing 16 steel beams that were damaged by the fire, pouring a new driving surface for the upper deck, pouring a new layer of concrete on the lower deck, removing and installing a drainage system, installing new overhead lights and restriping both decks.

KYTC announced Nov. 16 it had awarded a contract to Kokosing Construction Co. to repair the bridge. The company, based in Westerville, Ohio, aimed to have the bridge reopened by Dec. 23.

“Being able to beat our target date is a big win for everyone,” Gray said. “We are returning to the public a bridge that is strong and sturdy and safe and ready to serve our needs for many more years to come.”

We are grateful to everyone who supported this project -- either by working directly on the bridge or behind the scenes, or by rerouting their daily travels to detour around the bridge.

In response to the damaged bridge, Transportation Secretary Elaine Chao on Nov. 13 announced the availability of $12 million in “quick release” emergency relief funds. According to Gray, the final cost of the repair is expected to be as little as half the amount authorized by DOT.

Gray assured people the quantity of potassium hydroxide the truck involved in the crash was carrying was “far below” the amount that would qualify as hazardous materials cargo, and noted the truck was using the bridge legally. Even so, discussions after the incident contributed to a decision to place new signage around the bridge to raise awareness of hazmat restrictions. Gray said the signs will be put in place in 2021.

Besides the bridge, transportation leaders focused on the maintenance and reconfiguration of traffic while construction was ongoing. According to Gray, some 160,000 vehicles normally cross the Brent Spence Bridge every day. During the closure, trucks and Ohio-bound traffic relied on I-275, which forms a beltway around Cincinnati, as a detour.

Robert Yeager, chief district engineer for KYTC’s District 6 office, emphasized that restoring traffic to normal patterns will take time as the department will reopen the bridge gradually. District 6 encompasses Covington, which is located across the Brent Spence Bridge from Cincinnati. Yeager urged people to be cautious and patient while navigating across and near the repaired bridge.

“This is not going to be a NASCAR mad dash,” Yeager said. “On the bridge is not the place to be gawking. We want to make sure that you do your part for highway safety.”