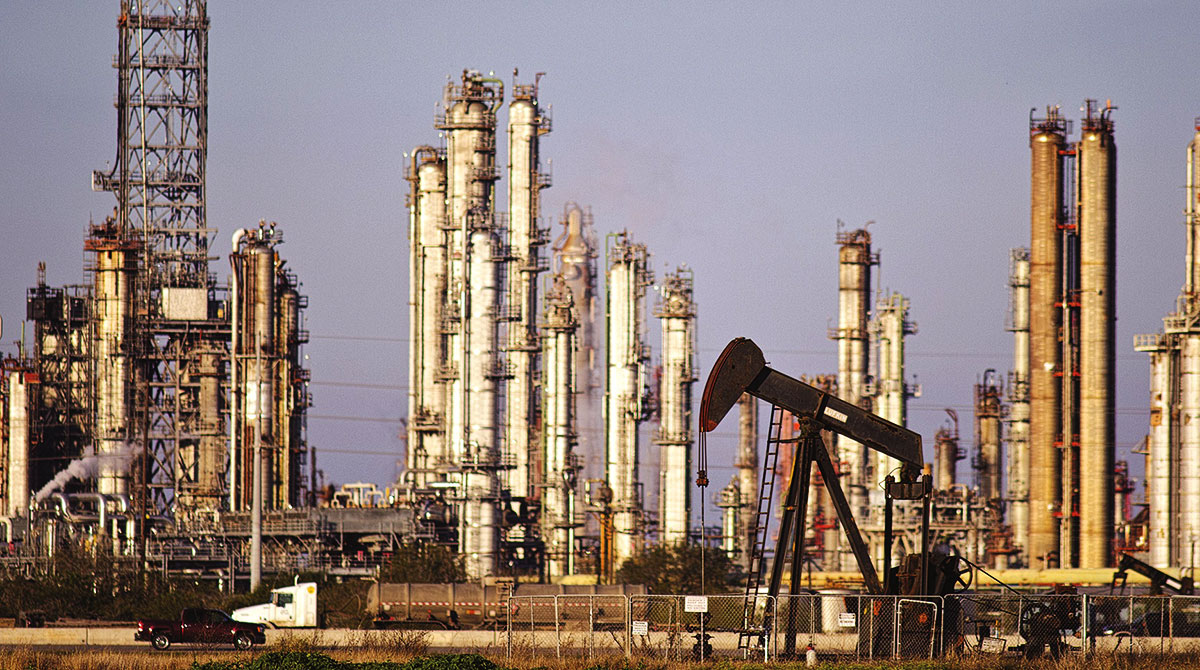 A refinery and a pump jack in an oil field near Corpus Christi, Texas. (Eddie Seal/Bloomberg)

As world leaders discuss the fight against climate change, global oil demand has bounced back above the key level of 100 million barrels a day last seen before the COVID-19 pandemic, according to BP Plc.

Fossil fuel consumption is recovering despite growing urgency in the effort to curb emissions of greenhouse gases. The resurgence is pushing prices to multiyear highs and threatening the world’s economic recovery due to significant constraints in energy supplies.

That’s been a boon for BP and its peers, which have just reported big jumps in profit, but has prompted calls from major consumers for the OPEC+ cartel to open the taps.

“Somewhere next year we will [be] above pre-COVID levels,” BP Chief Financial Officer Murray Auchincloss said on a conference call on Nov. 2. “OPEC+ is doing a good job managing the balance, so we remain constructive on oil prices.”

The surge back to 100 million barrels a day has happened despite the fact that air travel has yet to fully recover from the pandemic. It underscores how demand for diesel and petrochemicals has driven oil consumption over the last past two years. 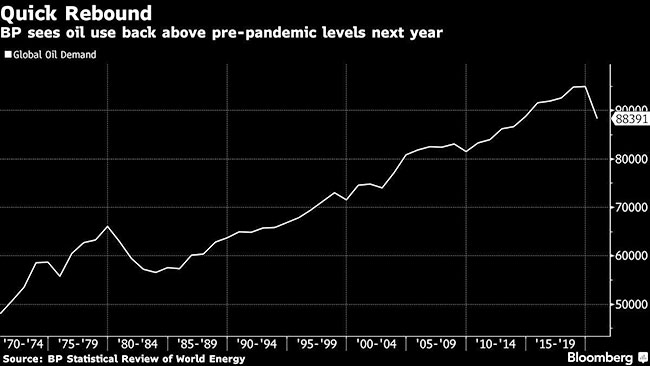 The last time consumption was this high, U.S. shale drillers were pumping flat out and the Organization of Petroleum Exporting Countries and its allies were holding only a modest amount of production capacity in reserve.

The situation is very different today. U.S. oil output is about 1.7 million below pre-COVID levels as shale firms focus on boosting returns to investors instead of chasing growth. OPEC+ is reviving the supplies it idled during the pandemic, but at a rate that is too slow for many major energy consumers.

The result is a global supply deficit of about 2.5 million barrels a day, according to Goldman Sachs Group Inc.

“Winter seasonality and the recovery in international jet demand” mean consumption will reach record highs early next year, Damien Courvalin, an oil analyst at Goldman Sachs, said in a note.