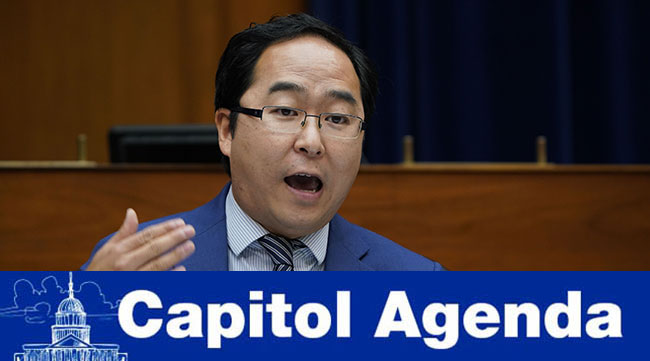 During a recent trip to the central region of the Jersey Shore, this reporter visited Belmar’s The Beach Nut souvenir shop.

When asked to identify notable Shore destinations other than Belmar, two employees at the shop referenced Wildwood and Seaside Heights.

The boardwalk in Belmar is a basic, yet lovely structure ideal for walks. Seaside’s boardwalk, on the other hand, is home to carnival games, rides and restaurants.

To further upgrade Seaside’s festive landscape, which was badly damaged by Superstorm Sandy, the U.S. House transportation panel advanced a multiyear highway bill that includes $400,000 for the boardwalk. The funding was requested by Rep. Andy Kim (D-N.J.), and it is included in the bill’s nearly $6 billion for member-designated highway and transit projects, commonly referred to as earmarks. The legislation is expected to reach the House floor prior to July 4.

Other notable earmarks in the bill include one from Rep. Barbara Lee (D-Calif.), meant to pave the way for $1 million for the Port of Oakland for solar, battery storage and electric vehicle truck charger deployment. And, an earmark from Rep. Garret Graves (R-La.) proposes to fund $8 million for a pre-engineering design of a key freight corridor in the Baton Rouge Metropolitan Area. 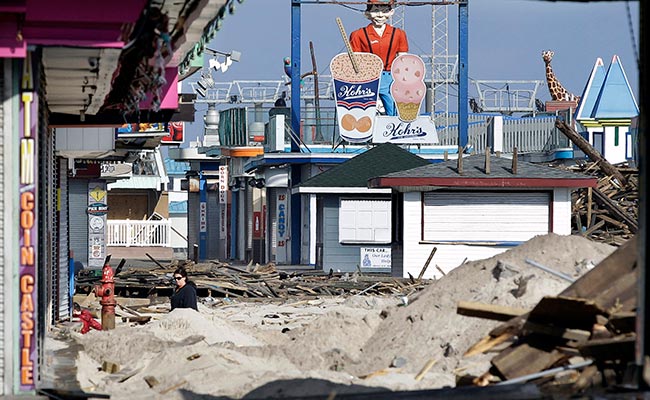 As Graves put it to the committee’s leaders: “The funding is designated to support the pre-engineering design phase of this project which will establish definitive right-of-way and utility impacts as well as provide critical information leading to construction of the new bridge.”

“This additional crossing of the Mississippi River between the existing Sunshine Bridge and Horace Wilkinson Bridge will provide additional connectivity and capacity across the Metro Baton Rouge area,” Graves added. “Despite a modest population, Baton Rouge is annually rated with some of the worst traffic nationwide, including the 18th worst truck bottleneck in the country. The existing [Interstate] 10 river crossing near downtown Baton Rouge is also the only instance where the interstate funnels down into a single lane. This has significant national implications on decreased freight efficiency as this corridor is part of an extensive multimodal network for ports, waterways and rail networks in south Louisiana and along the Gulf Coast.”

On May 6, President Joe Biden visited Louisiana to promote his ambitious infrastructure agenda. The proposal, known as the American Jobs Plan, brings the White House back to the days when it touted transformative ideals, such as the Rooseveltian New Deal and Eisenhower’s interstate highway system. Biden’s plan seeks popular support to connect with unions, the working class and the manufacturing sector. House Democrats argue that their multiyear highway policy bill is a pillar of Biden’s infrastructure plan.

“In terms of infrastructure, we’ve got to build back to a different standard, not to what it was. It’s got to be better because the climate has changed enough now that it’s still going to rise two feet when it rains. We’ve got to build for what is needed now,” said Biden during his address at the Pelican State. “The American Jobs Plan is a blue-collar blueprint to rebuild America, to supercharge our economy so we can move goods, get to work, become more competitive around the world. It will shorten our commutes to give us back the lost time with our families, to make our commutes safer … save lives.”

The Week Ahead (all times EST):

Screenplay idea for “Now You See Me: 3.” 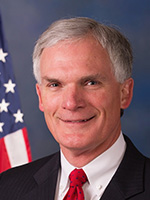 Rep. Bob Latta (R-Ohio) recently reintroduced the Safely Ensuring Lives Future Deployment and Research in Vehicle Evolution, or SELF DRIVE, Act. The legislation aims to establish a federal framework that would assist agencies and industries with deploying autonomous vehicles around the country. The congressman had offered the bill during the most recent sessions of Congress.

“Self-driving cars have the potential to reduce traffic accidents and deaths, increase mobility and improve quality-of-life,” Latta said June 4. “Autonomous vehicle technology can protect millions of Americans, while at the same time, providing seniors and those living with disabilities a way to live their life outside of their homes. In order for the United States to lead on this cutting-edge technology, we need a framework that allows industry to innovate while ensuring high safety standards.”

Provisions designed to facilitate access to parking for truck drivers are included in a committee-passed highway policy bill, expected to be considered on the House floor before July.

Majority Leader Chuck Schumer (D-N.Y.) with some inside baseball analysis.

Everything is cool when you’re part of a team.

Episode 65: "Where are the Bike Lanes In Lego City?" What happens when one of the world's bestselling toys doesn't offer kids the tools to build a world where it’s possible to get around without a car? And why does it matter to a bunch of adults? #LEGO https://t.co/MnjYcG6aOl pic.twitter.com/Fg1xBwzl5J

Getting vaccinated is the best way to defeat this virus and resume being able to gather safely with our friends and loved ones.