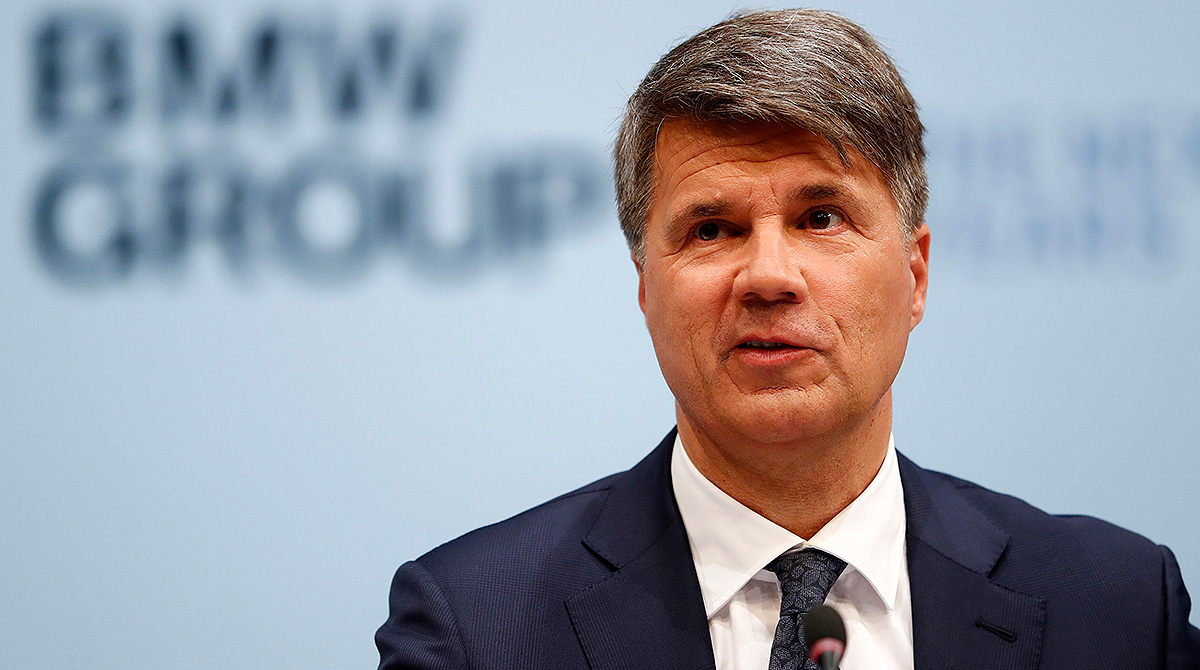 FRANKFURT, Germany — BMW CEO Harald Krueger is stepping down after a four-year tenure in which the automaker lost its lead in luxury car sales and saw an early head start in electric vehicles evaporate.

The German company said July 5 that Krueger, 53, would not seek an extension of his contract, which expires at the end of April 2020. The board of directors will meet to discuss the issue of a successor on July 18 and Krueger will remain in his job until a decision is made.

Munich-based BMW is facing pressures that are affecting the car industry across the board, including high costs to develop electric vehicles to meet tighter emissions regulations in Europe and China, and investments in autonomous vehicles to compete with tech companies such as Waymo and Uber.

Harald Krueger will not seek a second term of office as Chairman of the Board of Management of BMW AG: “I would like to pursue new professional endeavours.” #CEOKrueger #BMWGroup https://t.co/dk0DBJyCyd pic.twitter.com/dpgkChhoIy

BMW had been an early leader in moving to electric cars, launching a battery-driven vehicle, the i3, in 2013 ahead of competitors Daimler and Volkswagen — but did not follow up with compelling successors. It has focused much of its electric effort on plug-in hybrids, which combine internal combustion and electric power. Meanwhile, California’s Tesla took sales leadership in premium-priced electric cars.

Krueger, who became CEO in 2015, was “too cautious,” said Ferdinand Dudenhoeffer, director of the CAR Center for Automotive Research at the University of Duisburg-Essen. “BMW was not able to use the head start for a new generation of electric vehicles.”

Under Krueger’s four-year stewardship, BMW also lost its market-leading position in the luxury market to competitor Daimler’s Mercedes-Benz brand. More recently BMW lost money on its automotive business in the first quarter of the year after the company was hit by a $1.6 billion charge for an antitrust case and by higher upfront costs for new technology. Only the financial services and motorcycle divisions kept the group as a whole in profit.

The automotive loss was in sharp contrast to the steady profits and fat profit margins that the carmaker used to rack up quarter after quarter. Profit margins excluding the anti-trust charge had not been so weak since 2006-07 by one analyst reckoning, not counting the global financial crisis and recession in 2008-09. BMW has meanwhile been hit by a rise in tariffs on vehicles exported to China from its plant in Spartanburg, S.C., due to the trade dispute between the U.S. and China.

The company in March downgraded its profit outlook for the year and announced a cost-saving plan that aims to trim $13.6 billion in costs by the end of 2022 by dropping some models and streamlining vehicle development.

A company news release quoted Krueger as saying he would like to pursue “new professional endeavors.”

It is typical for German executives’ contracts to be renewed a year ahead of their expiration, and the lack of an announcement on a renewal had led to speculation in the German news media that his tenure might be shaky.

Board Chairman Norbert Reithofer, who was Krueger’s predecessor as CEO, praised Krueger’s “unwavering dedication to the BMW Group.”