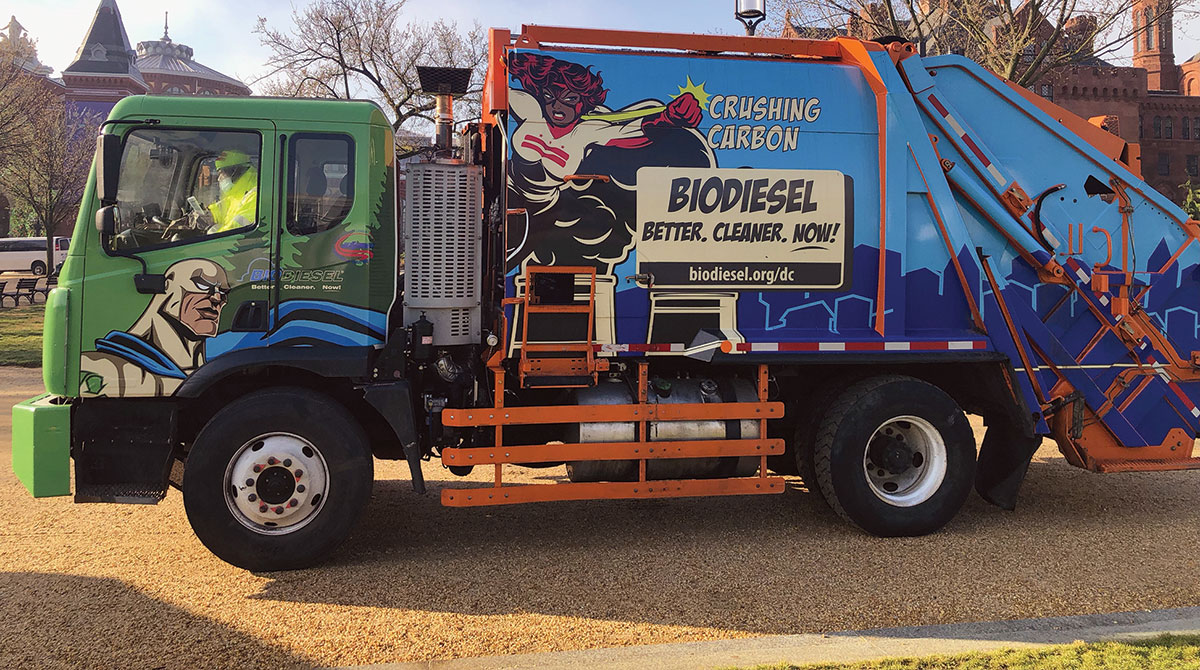 Biodiesel is getting a boost from new government incentives as city fleet owners are using it to quickly lower truck emissions.

Biodiesel, which can be used in diesel engines without modification, is commercially available nationwide and made in the United States from vegetable and plant oils (corn, rapeseed and soybean), yellow grease, used cooking oils or animal fats.

Nearly all heavy-duty diesel vehicles (not technically alternative-fuel vehicles) can run on biodiesel blends. All original equipment manufacturers approve the use of a B5 blend, while the B20 blend is most common, notes the Alternative Fuels Data Center at the U.S. Department of Energy.

In a one-month comparison in April of diesel and biodiesel prices, the data center found that B20 biodiesel was 44 cents lower per gallon ($4.62) than diesel’s $5.06.

Today is also a huge win for farmers & ranchers!

“These wins will help further develop Missouri’s agriculture industry, create opportunities for farmers, ranchers and ag businesses, and help ensure Missouri agriculture remains not only our state’s top economic driver but that its spirit and tradition continue to live on in the next generations,” Parson said. 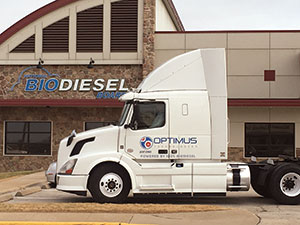 “Missouri joins the ranks of Iowa, Illinois, Minnesota and others with some of the most forward-thinking legislation that values the production and use of biodiesel. It is our nation’s best option here and now to decarbonize heavy-duty transportation,” Rehagen noted.

To boost the availability of clean fuels across the country, the U.S. Department of Agriculture has been accepting applications since Aug. 23 for $100 million grants to increase the sale and use of biofuels derived from U.S. agricultural products. 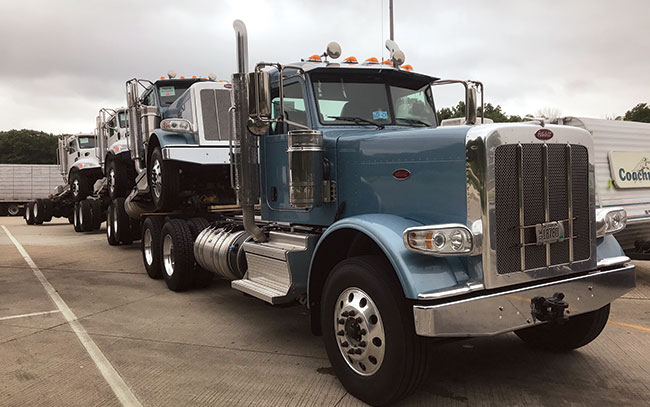 The grants will pay for up to 50% of total eligible project costs under $5 million to help owners of transportation fueling and fuel distribution facilities convert to higher ethanol and biodiesel blends that must be greater than 10% for ethanol and 5% for biodiesel. The application deadline is Nov. 21.

“Biofuels are homegrown fuels. Expanding the availability of higher-blend fuels is a win for American farmers, the rural economy and hardworking Americans who pay the price here at home when we depend on volatile fuel sources overseas,” declared Agriculture Secretary Tom Vilsack.

Since 2020, USDA has invested nearly $80 million in projects to raise biofuel sales by 1.2 billion gallons yearly. 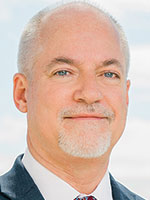 “We’ve got a solution today [in biodiesel and renewable diesel] that is very clean and offers significant carbon reductions,” Winters said. “It’s certainly not as new and shiny as some of the other technologies, but it’s been there, and it’s been proven.”

He said municipalities like Washington, D.C., and New York City have been turning to biodiesel to fuel their garbage trucks, snowplows, fire trucks and ambulances.

“A lot of states and cities that have these fleets still have to rely on them. They don’t have the money to replace all these fleets all at once,” Winters said, noting that biodiesel and renewable diesel are “drop-down replacements for diesel” to lower emissions using the same vehicles.

Many states also have mandates for biodiesel fuel sold there. Truckers driving in states including California, Oregon, Texas, Illinois, Iowa and Minnesota may be unaware they are fueling up with biodiesel blends at some stations there.

“The problem at the moment is we are a 3.2-billion-gallon industry. We’re looking to grow to 6 billion gallons by 2030,” Winters said. “So we are doing everything we can do to increase production and grow over the next decade.”