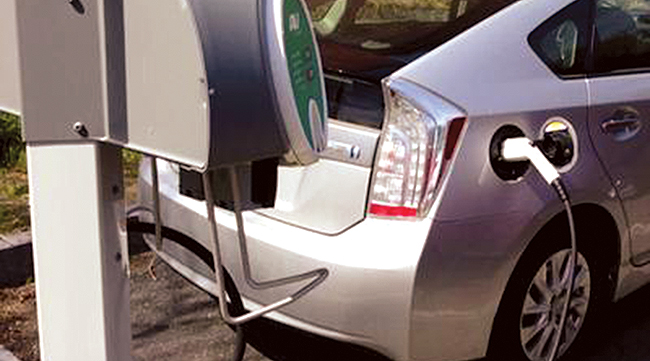 President Joe Biden has promised to roll out half a million new public charging stations nationwide at the cost of at least $15 billion in federal investment. The bill, dubbed the EV Freedom Act, “is the comprehensive policy we need to make President Biden’s request a reality,” Levin said in a statement.

There are just under 103,000 electric vehicle charging outlets in the country, according to the Department of Energy, and experts have estimated it will cost $50 billion to $60 billion to reach the president’s goal. Industry analysts also have found that range anxiety — concern that they wouldn’t be able to go longer distances in an EV — is one of the main barriers to people buying electric vehicles.

The bill directs the Departments of Transportation and Energy to create a plan to build out a network of public electric vehicle charging stations placed far enough apart to allow drivers to drive anywhere in the country without their battery running out.

“Imagine the new avenues for economic and community success we’ll create by setting clear goals on the road to a low-carbon economy,” Levin said. “Tackling the climate crisis is going to be a tremendous job-creating proposition and our government has a crucial role to play in guiding the transition to a green future.”

.@POTUS pledged to install 500k electric vehicle charging stations. The EV Freedom Act will do that, and:

Create good-paying union jobs
Allow us to recharge a vehicle in the same time it takes to refill a tank
Dedicate 50% of funding to frontline communities pic.twitter.com/qYfLIUrigm — Rep. Alexandria Ocasio-Cortez (@RepAOC) May 5, 2021

The Department of Transportation would be able to set minimum charging speed requirements every two years based on the best available technology. Levin said the bill seeks to enable high-speed charging “as we look toward a future where you can charge your vehicle in the time it takes to fill up your gas tank.”

Current charging speeds are far from that: The fastest and most expensive chargers can bring an EV battery up to around 80% in less than an hour. The second-fastest and most common charger does the same thing over the course of several hours and is most frequently used by EV drivers overnight.

Experts say ready access to both types of chargers, placed in locations that fit easily into people’s lives, would be needed to prompt widespread EV adoption.