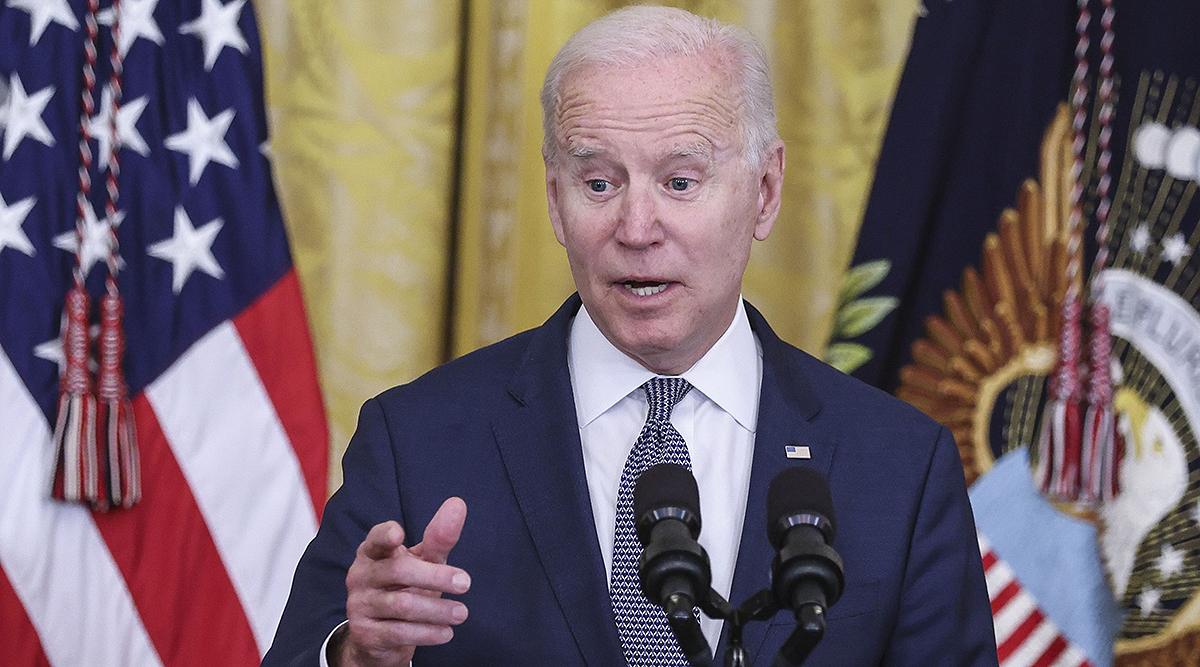 President Joe Biden, speaking before signing the Juneteenth National Independence Day Act, does not want to raise taxes on people earning less than $400,000 a year. (Oliver Contreras/Sipa via Bloomberg News)

The White House reiterated President Joe Biden’s opposition to indexing the gasoline tax to inflation to help pay for an infrastructure plan, raising new questions about the viability of a bipartisan compromise emerging in the Senate.

“After the extraordinarily hard times that ordinary Americans endured in 2020 — job losses, shrinking incomes, squeezed budgets — he is simply not going to allow Congress to raise taxes on those who suffered the most,” White House spokesman Andrew Bates said in a statement.

A bipartisan group of 21 senators has been pushing to finish work on their $579 billion infrastructure proposal to counter a $2.25 trillion plan that Biden initially proposed. A draft outline of the lawmakers’ plan obtained by Bloomberg lists several funding sources that have been opposed by the White House, including the gas tax proposal, a fee on electric vehicles and repurposing unspent COVID-19 relief funds.

Biden told reporters on June 18 that he’ll have a response to the plan after reviewing it next week. “I’ll tell you Monday when I get the copy of it,” the president said at the White House.

Some Democratic senators in the bipartisan group also are raising objections. Montana’s Jon Tester said June 18 that he would not support the plan if it ties future increases in the gas tax to inflation. Tester said he hoped that by June 21, the group could nail down the remaining details and release an outline.

The outline said indexing the gas tax raises about $30 billion over 10 years and it is up to the White House to propose an acceptable alternative. But Republicans have rejected any adjustments to individual or corporate income taxes set in the 2017 tax law.

With the Senate and House out of session June 18, next week was seen by lawmakers as the target date to draft the plan into a formal piece of legislation.

Biden has repeatedly said he opposes raising taxes on those earning less than $400,000 per year. White House officials have said a gas tax hike would fall most heavily on low- and middle-income drivers.

“The president is firmly against any plan to reverse these hard-won gains by taxing middle-class families for simply driving to work or taking their kids to school,” Bates said.

— With assistance from Josh Wingrove.