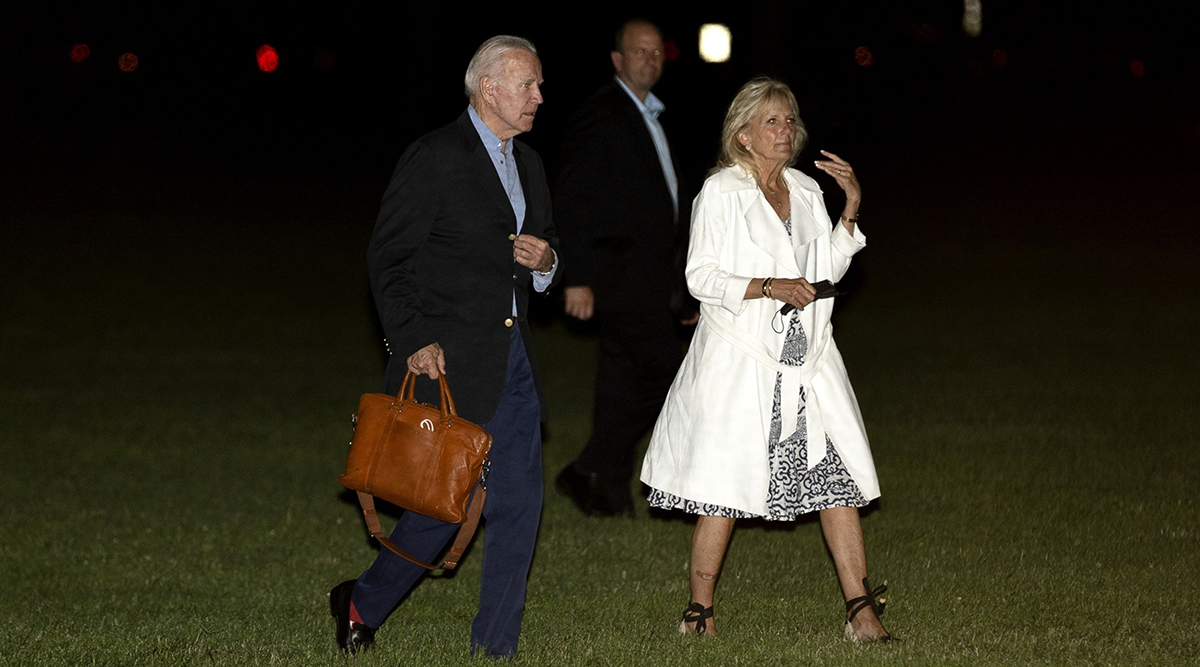 President Joe Biden still sees sticking points in a draft bipartisan Senate infrastructure plan, as top aides warned June 21 that they continue to explore other legislative pathways and will not support certain tax increases as part of a final deal.

“We’re making progress, particularly on key investments that we need to build out our nation’s infrastructure and prepare for the clean energy economy that is coming,” National Economic Council Director Brian Deese told CNN on June 21. “We still have some sticking points, particularly around how we pay for this.”

Deese reiterated Biden’s opposition to raising taxes on middle-class families, while Press Secretary Jen Psaki, in a different television appearance, specifically dismissed any increase to the gasoline tax. “We’re just not going to stand for that and we’re not going to accept that,” she told CBS.

The aides fanned out for appearances across several networks on June 21 to reiterate Biden’s core goals in a deal. Biden will host lawmakers this week to discuss the plans, Psaki and Deese said, without identifying the attendees.

Jared Bernstein, another Biden aide, warned in his own interview that Biden was continuing to pursue other avenues should bipartisan talks fail. A group of 21 senators — including moderate Democrats Joe Manchin of West Virginia and Kyrsten Sinema of Arizona — support the draft proposal.

“We’ve been talking about the bipartisan group in the Senate, but there are numerous other initiatives afoot here, so I think preserving optionality, making sure there are many different paths to get to where we need to go, is the right way to do this, politics being the art of the compromise,” Bernstein told CNBC on June 21.

In addition to the group’s proposal to tie future gas tax increases to a measure of inflation, the White House has expressed opposition to repurposing COVID-19 relief money and a fee on electric vehicles in the talks. The White House last week proposed increasing tax enforcement on the wealthy as an alternative pay-for.

Psaki also alluded to a Plan B approach, noting that there is “a reconciliation process that’s also moving forward at the same time.” She suggested Biden is hoping for progress this week as pressures of the legislative calender begin to bear down.

“The question here is what can we agree on, Democrats and Republicans?” she said. “The president is eager to continue those discussions and see if we can make big progress this week.”

With the Senate and House nearing extended July 4 recesses, talks are down to the wire for a compromise authorizing a big boost for roads, bridges and other critical infrastructure. The bipartisan plan is about $1.2 trillion over eight years, though only $579 billion of that is new spending.

As talks continue, Democrats have been advancing an alternate plan to push a $6 trillion package through a fast-track process known as reconciliation, which could pass without Republican votes but would face restrictions. That effort is also facing headwinds from moderate Democrats, who’ve balked at the price tag and expressed their desire for a bipartisan deal.

Biden’s initial proposal was roughly $2.25 trillion, and Psaki said June 21 he’s already come down substantially from that. Still, Republicans have encouraged Biden to ultimately back a deal that can get 60 votes in the Senate.

“I would just say this: President Biden, if you want an infrastructure deal of a trillion dollars, it’s there for the taking,” Sen. Lindsey Graham (R-S.C.), who is also a party to the bipartisan talks, said on “Fox News Sunday.”

— With assistance from Erik Wasson.