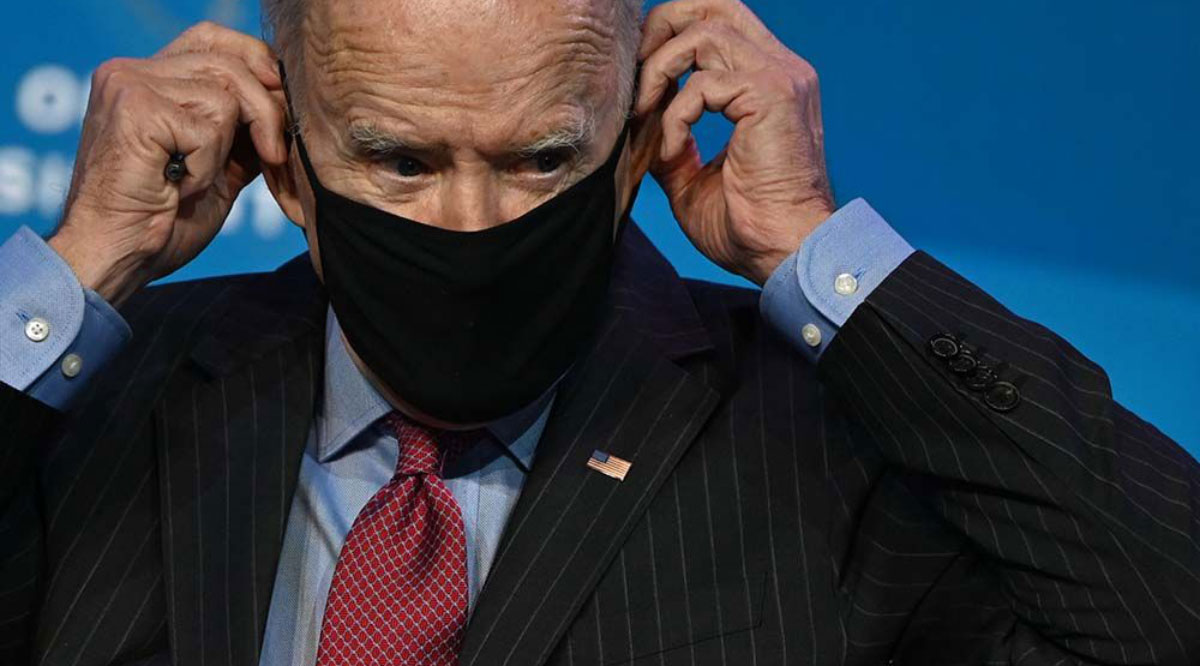 President-elect Joe Biden is set to speak about his economic plan at 7:15 p.m. on Jan. 14. (Jim Watson/AFP/Getty Images)

President-elect Joe Biden on Jan. 14 will unveil a $1.9 trillion COVID-19 relief package, according to two people familiar with the matter, setting up his first legislative test in the face of a split U.S. Senate and a deteriorating economy.

The plan is expected to be the first phase of a two-part strategy, with a broader program coming in subsequent weeks focused on longer-term goals such as infrastructure and climate change, people familiar with the matter said.

Little more than a week after the shocking storming of the U.S. Capitol, and amid a political atmosphere charged by the second impeachment of President Donald Trump, the incoming president is seeking significant bipartisan backing for his aid plan. Success on that score would distinguish him from his two immediate Democratic predecessors — no GOP senators voted for Bill Clinton’s first economic plan, and only three did so for Barack Obama’s.

Timing for Congress to debate and vote on Biden’s legislation is unclear, as the Senate may be consumed by Trump’s impeachment trial when his presidency begins. 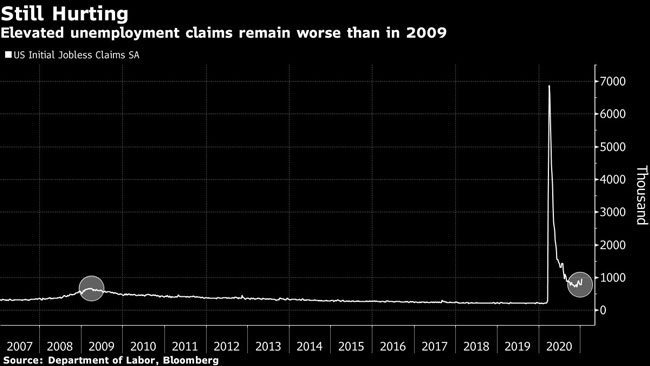 Biden is set to introduce his plan hours after a report showing the biggest surge in weekly jobless claims since March, with 965,000 Americans filing for state benefits. The figure far exceeded the worst days of the 2007-09 recession, and may skew negotiators toward a bigger relief package. The president-elect is set to speak at 7:15 p.m. from Wilmington, Del.

Biden’s plans will “reflect the urgency of the economic situation that our country finds itself in and the need for action — urgent action,” Brian Deese, who’ll serve as Biden’s National Economic Council director, said in an interview. Biden aims to replicate the bipartisanship behind the December aid agreement, Deese said. “We need to focus on unity, even in a moment that is challenging and difficult as this one.”

Special unemployment benefits approved last year will run out in mid-March, which looms as a deadline for speeding help to millions of Americans impoverished by the pandemic.

“The two months will pass pretty quickly if things bog down” in legislative negotiations, said Stephen Stanley, chief economist at Amherst Pierpont Securities. “It’s not a hair-on-fire urgent, but it’s certainly going to be coming up pretty quickly.”

Previewing the Jan. 14 announcement, Biden last week said that “trillions of dollars” in spending would take advantage of historically low interest rates to invest in both short-term economic support and long-term development.

Key elements of the pandemic relief plan include, according to transition and congressional officials:

The Biden transition team has told lawmakers it would like to pass the relief package in bipartisan fashion, instead of through so-called reconciliation — the budget maneuver that allows a party to pass a bill with a simple majority of votes in the Senate, rather than the 60 normally needed to cut off debate and move to a vote.

Democrats are confident they can get 10 GOP votes on a bill that includes state and local money, which was left out of the December bill, according to a person familiar with the discussions.

Politically, the Biden team is eager to prove to Americans in the first 100 days of the administration that life looks markedly better under a Democratic-controlled government: from expanding vaccine distribution to helping the millions put out of work by COVID-19 to re-opening schools.

Biden has been particularly enthusiastic about boosting stimulus checks to $2,000, according to two people familiar with his thinking. He views them as a tangible way to show Americans the government is helping them.

Back when Biden served as the vice president, he would often tell the story of how workers who received the 2009 “Making Work Pay” tax credit would identify their employers as the source of the help, rather than the government.

Similarly, Biden has long believed help should go to a broad slice of Americans, defining the middle class beyond the onetime convention of individuals earning $50,000 or less.

The $600 checks in December went to individuals earning up to $75,000, with payments phasing out for those getting up to $87,000. Some economists argue that that’s helped some people who haven’t lost their jobs or income.

If they succeed in keeping Democrats united and bringing GOP members along for the COVID-19 package, the next, longer-term measure may prove even harder.

“That portion of it would be at least partially paid for by tax increases — that’s another priority of the administration and of the Democrats,” said Deutsche Bank senior U.S. economist Brett Ryan. “That portion becomes more politically difficult.”