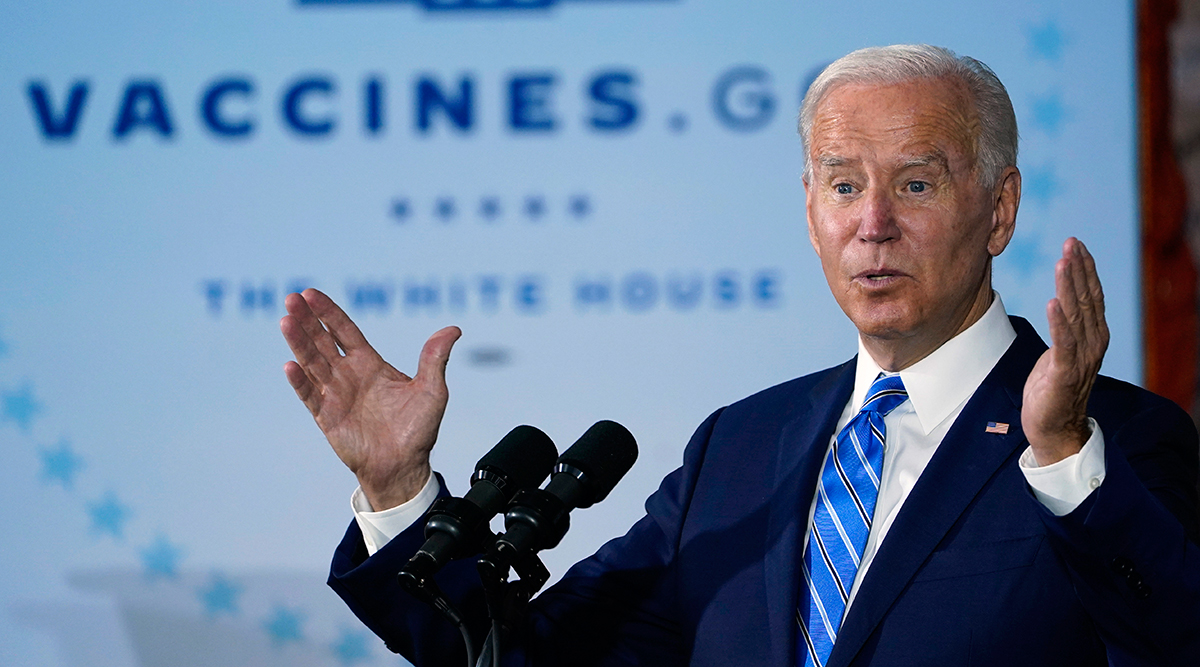 With its private employer vaccine mandate on hold, the Biden administration wants the multiple challenges to its workplace rule consolidated in a single federal court and has asked for a decision by early next week.

The U.S. Department of Justice said in court filings Nov. 8 that one of the federal circuit courts should be chosen at random on Nov. 16 to hear the cases.

At least 27 states plus several businesses and associations filed legal challenges in at least six federal appeals courts after the Occupational Safety and Health Administration released its rules last week. All of the states have a Republican governor or attorney general.

“This is an authority that we believe the Department of Labor has,” Jean-Pierre told reporters during a news briefing. “We are very confident about it.”

The mandate would apply to private businesses with more than 100 workers. Employees who do not receive the shots by Jan. 4 would be required to wear a mask and be tested weekly for the coronavirus. The OSHA rules create exemptions for workers citing religious objections and for those who do not interact in-person with coworkers or customers, as well as those who work only outdoors. Truck drivers traveling alone in their cabs would be exempt from it, according to a statement by Labor Secretary Marty Walsh.

Republican state attorneys general and others sued on the grounds that the federal government does not have the right to make the regulation, partly because COVID-19 is not a workplace-specific danger.

Jean-Pierre said the mandate was about keeping people safe and that Congress had empowered the Labor Department to act with the Occupational Safety and Health Act of 1970. Vaccine mandates, including those for certain federal employees and the military, are a key component of the Biden administration’s strategy for containing a pandemic that has killed 750,000 people in the U.S.

It has said that widespread vaccinations are the quickest way out of the pandemic.

“People should not wait” to be vaccinated, Jean-Pierre said.

But employers have pushed back, saying they fear the mandate would lead many of their workers to quit.

At a news conference Nov. 8 in Concord, N.H., the president of Keller Companies, a manufacturer of building panels and plastics with 350 employees, described the OSHA rule as a “crushing blow to employers.”

Kathy Garfield, whose family has run the Manchester-based company for three generations, said it brought in a vaccination van to serve employees and gave workers paid time off to get the shots. Only about half have done so. 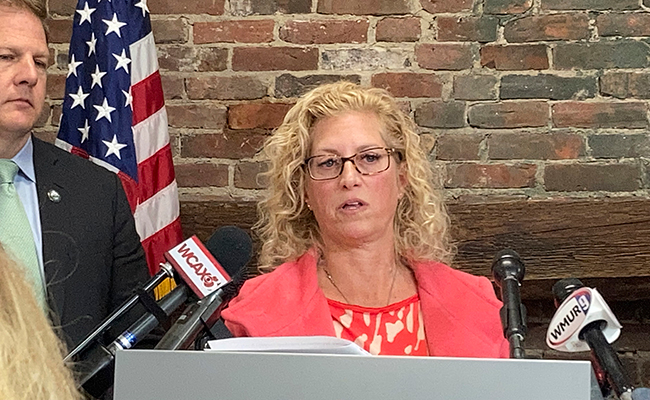 Kathy Garfield, president of Keller Companies in Manchester, N.H., says employees will quit rather than agree to be vaccinated. With her is New Hampshire Gov. Chris Sununu. (Kathy McCormack/Associated Press)

She also said it’s difficult to find a place to get the virus test. When they are available, they can cost $200.

“That’s the difference between eating and starving,” Garfield said. “So what are these employees going to do? They’re going to go to another employer with less than 100 employees.”

The administration announced plans for the workplace rule in September and unveiled the plans Nov. 4. Many Republican governors and state attorneys general signaled ahead of time that they would challenge it immediately, as they did with multiple federal lawsuits filed Nov. 5.

The states filed in the most conservative appeals courts in the country, where appointees of former President Donald Trump bolstered Republican-appointed majorities. It was not entirely clear whether the emergency stay issued Nov. 6 by the 5th Circuit applied nationwide or just to the states that filed in that case — Louisiana, Mississippi, South Carolina, Texas and Utah.

The 5th Circuit order read, “the Mandate is hereby stayed pending further action by this court” but did not specifically state whether it applied only to the five states. Louisiana Attorney General Jeff Landry said it applied nationally, but states that filed in different courts asked Nov. 8 for clarification.

“Though the Fifth Circuit’s order may be construed to have nationwide effect, it does not make an explicit statement on this point,” according to a state filing in the St. Louis-based 8th U.S. Circuit Court of Appeals. “To avoid any confusion and to secure full protection of their rights, Petitioners respectfully request that this Court enter a similar order here.”

Alabama, Florida and Georgia also asked for a stay Nov. 8 in the Atlanta-based 11th U.S. Circuit Court of Appeals, noting the one granted in the New Orleans-based court is temporary. The group of states, businesses and organizations challenging the rule in the St. Louis-based court called for a quick review of their challenge to the workplace rule.

“Thousands of employers and millions of working families will feel its impact immediately. The Court should act swiftly to forestall these illegal and unconstitutional injuries,” the groups said in court papers.

Initial Jobless Claims Edge Up but Hold Near Pandemic Low