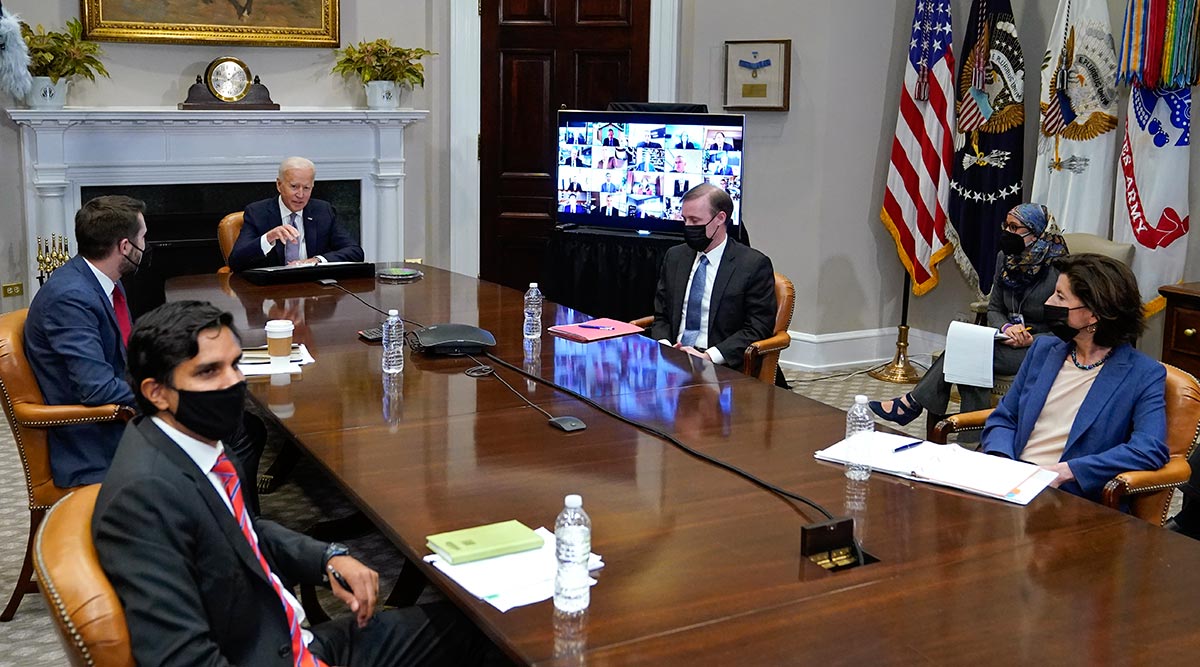 President Joe Biden told companies vying with each other for a sharply constrained global supply of semiconductors that he has bipartisan support for government funding to address a shortage that has idled automakers worldwide.

During a White House meeting with more than a dozen CEOs, including from Cummins Inc., on April 12, Biden read from a letter from 23 senators and 42 House members backing his proposal for $50 billion for semiconductor manufacturing and research.

“Both sides of the aisle are strongly supportive of what we’re proposing and where I think we can really get things done for the American people,” Biden said. “Now let me quote from the letter. It says, ‘The Chinese Communist Party is aggressively — plans to reorient and dominate the semiconductor supply chain,’ and it goes into how much money they’re pouring into being able to do that.”

“This isn’t a meeting where we expect a decision or an announcement to come out of,” White House Press Secretary Jen Psaki said April 12. But she said the meeting shows the administration is serious about addressing supply-chain constraints and softening the blow for affected companies and workers.

Intel CEO Pat Gelsinger said in an interview after the meeting that the White House and Congress are working aggressively to support the semiconductor industry with more domestic manufacturing, research and development as well as efforts to build the workforce.

Many of the lawmakers supporting additional funding for semiconductors want to see the measure in a bill related to China, not as part of Biden’s infrastructure package, as it is now.

Carmakers are pushing for a portion of the money to be reserved for vehicle-grade chips, warning of a potential 1.3 million shortfall in car and light-duty truck production in the U.S. this year if their industry isn’t given priority.

Yet makers of other electronic devices affected by the chip shortage, such as computers and mobile phones, have taken issue with the carmakers’ demands, worried their industries will suffer.

“There were many, many voices saying, ‘Hey, we can’t just start carving things up for particular industries. We need a solution that works in the medium and long term and that are sensitive to some of the unique challenges of the immediate term,’ ” Gelsinger said in the interview. “I think we’re working pretty well through that process right now. Nobody will be entirely happy but we’re heading in a good direction.”

The White House has not taken a public position on the issue but has indicated privately to semiconductor industry leaders that it would not support special treatment for one industry, according to people familiar with the matter.