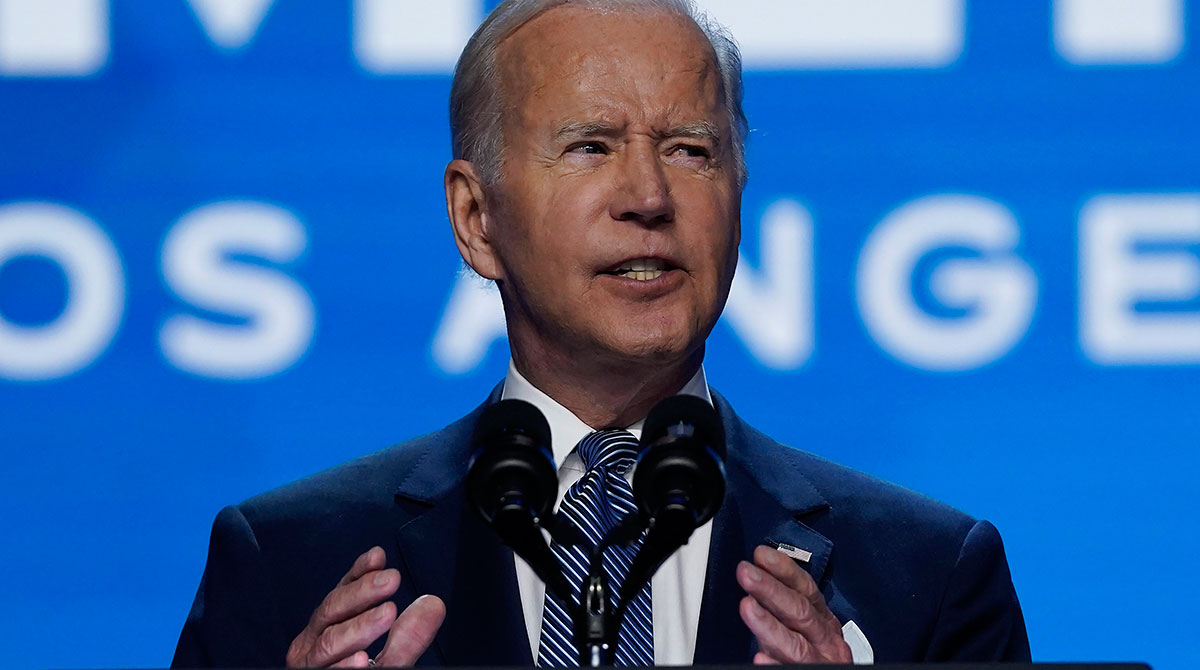 President Joe Biden speaks during the inaugural ceremony of the Summit of the Americas on June 8, in Los Angeles. (Evan Vucci/AP)

WASHINGTON — President Joe Biden launched a renewed push June 9 to reduce the costs of shipping goods across oceans, a major challenge for retailers that the White House said has pushed up prices as the world emerges from the coronavirus pandemic.

The White House released a video featuring Biden talking with retail CEOs and calling on the House to pass the Ocean Shipping Reform Act of 2022, which the Senate passed at the end of March.

The measure would empower the Federal Maritime Commission to investigate late fees charged by carriers and prohibit ocean carriers and marine terminals from refusing to fill available cargo space. Biden’s broader message is that a concentration of corporate power has contributed to higher shipping costs in ways that hurt businesses and fuel inflation.

The video features Biden sitting in the Oval Office, talking by speakerphone with the heads of Tractor Supply, Jo-Ann Stores and the American Farm Bureau Federation.

Jo-Ann Stores, a fabric and craft retailer operating in 49 states, has seen a $100 million increase in shipping costs.

“We’re not a huge company, but that $100 million increase that they passed onto us is, you know, more than our entire profit,” Jo-Ann Stores CEO Wade Miquelon told the president in the video.

The White House said that shipping cost increases will likely add a full percentage point to the increase in consumer prices over the next year, according to research by the Kansas City Federal Reserve and the European Central Bank.

Over the past decade, the nine largest ocean carriers have increased their control of the market. They now account for 80% of global container shipping by volume and control 95% of the critical East-West trade lines, the White House said.

Improving supply chains has been a major focus of the Biden administration for the past year, even as other factors — such as food and energy — are now driving inflation. The U.S. government will release on June 9 its May consumer price index, which is expected to show inflation of 8.2%. That would be close to a 40-year high set earlier this year.

Biden on June 9 will speak at the Port of Los Angeles, which moved last year to round-the-clock operations in order to reduce shipping bottlenecks and relieve inflationary pressures.