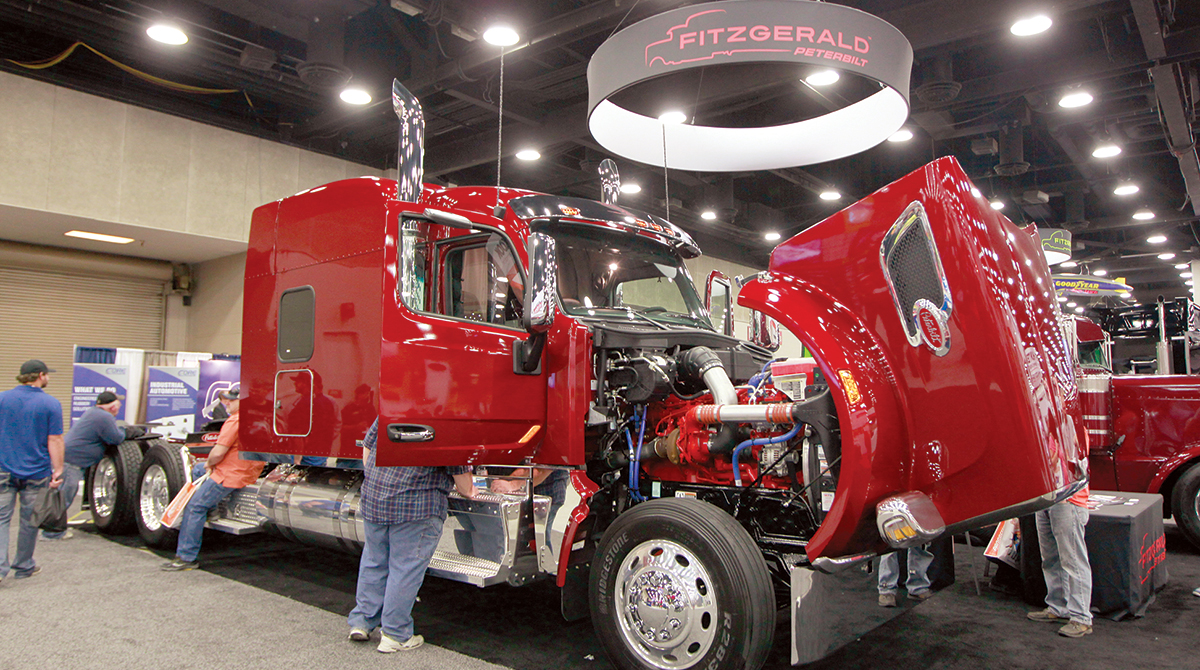 A Peterbilt on display at the Fitzgerald Glider Kits booth during an industry show. (John Sommers II for Transport Topics)

A new report by the Environmental Protection Agency Inspector General determined that former agency Administrator Scott Pruitt failed to follow legal and public health safeguards in 2017 when he proposed to repeal an Obama-era regulation limiting the number of glider trucks that could be manufactured annually.

The repeal would have relieved the glider industry of compliance requirements that set emissions standards and production limits on gliders beginning Jan. 1, 2018, the Dec. 5 IG report concluded. 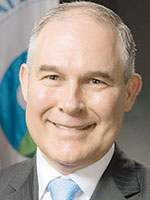 A 2017 EPA study of gliders concluded that the trucks can emit up to 43 times more nitrogen oxides and 55 times more particulate matter than trucks in compliance with newer federal emissions standards.

“The absence of analyses resulted in the public not being informed — either during the public comment period or thereafter — of the proposed rule’s benefits, costs, potential alternatives and impacts on children’s health,” the report said.

According to the IG, EPA officials told investigators that at the time the glider repeal was proposed, the rulemaking processes were being done “fast and loose,” and the atmosphere was described as the “Wild West.”

The report also stated that Pruitt personally directed that the proposal be completed “as quickly as possible without conducting the analyses required by [Executive Orders] 12866 and 13045,” which would have included cost-benefit and health impact analyses of the proposed repeal.

In response to the IG audit, EPA agreed to do the analyses should it take any further action on the proposed rule repeal. However, the agency has yet to reject or support the repeal proposal; in a November rulemaking report, it designated the rule as a “long-term action,” a time frame generally thought to be longer than 12 months.

In its report, the IG also said that auditors “encountered an impediment to obtaining all the desired information to complete its audit” due to EPA and the Office of Management and Budget’s lack of response to the IG’s requests for information.

“The OMB refused to provide the OIG [Office of the Inspector General] with specific responses or documentation related to OIG questions regarding OMB’s Office of Information and Regulatory Affairs involvement in this rulemaking and the decisions made, stating that the information sought was ‘particularly sensitive,’ ” the IG report said. “In April 2019, the acting EPA Inspector General notified both the OMB and Congress that the OMB failed to respond to our request for information, which ‘constitutes a clear impediment to our audit.’ ”

In a joint statement,  Democratic Sens. Tom Carper of Delaware and Tom Udall of New Mexico, who requested the IG audit, called the repeal proposal “one of the most reckless and dangerous efforts of Scott Pruitt’s short EPA career.”

The senators noted that the report included the “disturbing finding” that the EPA’s efforts were aided by the White House’s Office of Management and Budget, which impeded the IG’s investigation, covered up EPA’s wrongdoing and violated the law, they said.