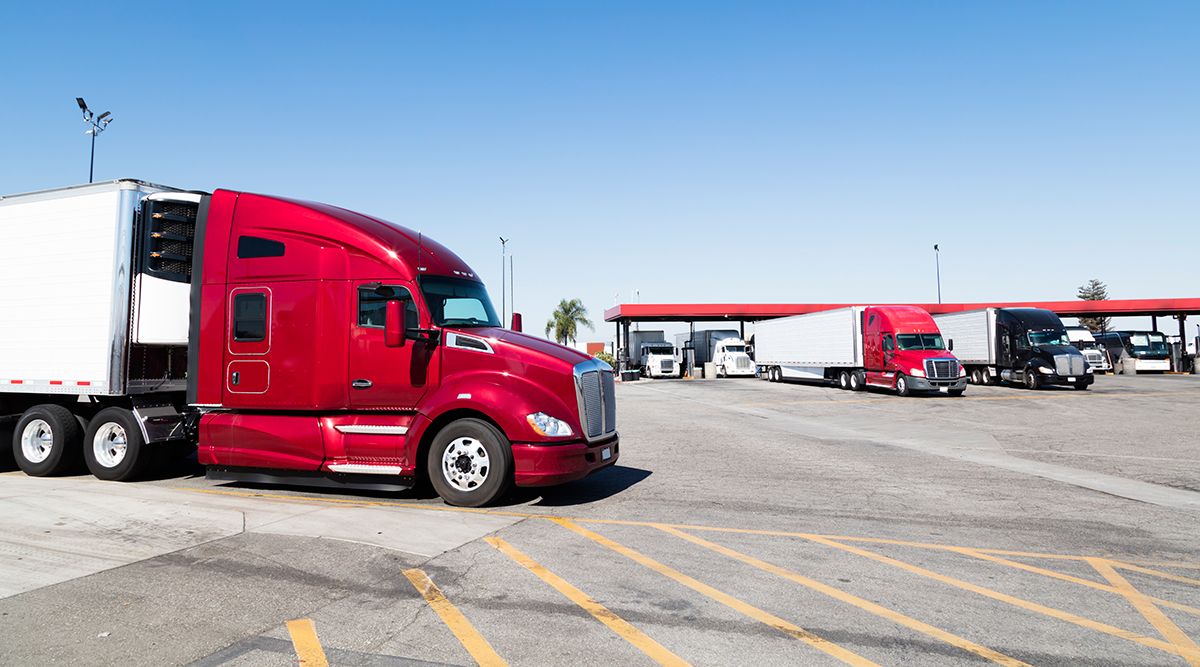 American Trucking Associations has sent a letter to the Biden administration expressing “grave concern” over the potential damage that the president’s plans for a COVID-19 vaccine mandate for many businesses — including trucking companies — could cause for the country.

“While much of the country was sequestered in their homes, the trucking industry served its essential function and did so successfully with safety standards developed by public health experts,” said the Oct. 21 letter, signed by ATA President Chris Spear. “Now placing vaccination mandates on employers, which in turn force employees to be vaccinated, will create a workforce crisis for our industry and the communities, families and businesses we serve.”

The federation warns that motor carriers it represents – who it said supply 80% of the country and move 70% of all freight tonnage — could lose up to 37% of their drivers.

The letter notes that ATA supports the Administration’s goals of increased vaccination rates and clear health guidelines to enhance protections for all Americans. Its concern centers on the potential negative effect of the proposal.

“Unfortunately, however, the anticipated Occupational Safety and Health Administration rule as outlined together with the federal contractor vaccination mandate will have vast unintended consequences,” the letter said.

The OSHA emergency temporary standard requiring companies with 100 or more employees to require their employees to be vaccinated for COVID-19 has not yet been made public, but was reportedly sent to the White House Office of Management and Budget for review on Oct. 12.

ATA said that given the administration’s acknowledgment of supply chain problems and recent actions to try to alleviate those issues, the current direction of OSHA and OMB will exacerbate the supply chain crisis.

ATA said it’s clear that the time frames for the vaccine mandate, which could go into effect soon, could not come at a more difficult time for the U.S. economy. “The U.S. is already facing unprecedented supply chain disruptions and delays due to many factors, including significant labor shortages, production shutdowns, a shortage of raw materials, and pent-up consumer demand,” ATA said. “...Our data shows that a vaccine mandate may very well further cripple the supply chain throughout the country by forcing up to 13% of drivers to leave the industry entirely.”

In Canada, a vaccine requirement for workers in federally regulated transportation sectors did not include truck drivers.

ATA said that given the well-documented shortage of drivers and current stresses on the supply chain, the mandate would critically damage the supply chain in vast swaths of the U.S., significantly impeding the economic recovery, employment, and the holiday season right when retailers and families desperately need a functioning supply chain.

The letter also points out that the trucking industry and its partners have done a good job protecting drivers. The infection rate of employee drivers was 8.7%, compared to 13.2% for the U.S. population as a whole, according to ATA.

ATA Letter to OSHA on Propo... by Transport Topics

Moreover, the current infection rate as of Oct. 12 for the general population was 182 cases per 100,000, and the mortality rate has also declined precipitously, thanks to various treatments, to 2.68 per 100,000, ATA said.

Those numbers and other indicators show that OHSA’s temporary rule would not stand legal scrutiny as an emergency public health problem. “This regulation cannot, then, lawfully be imposed on employers without an opportunity for notice and comment,” ATA said.

“Unfortunately, if the administration does not specifically address the concerns expressed in this letter, ATA will be forced to take additional action against the OSHA ETS (Emergency Temporary Standard) and possibly the government contractor mandate to protect our industry, our drivers’ livelihoods and the consumers in 80% of the country who depend on trucks exclusively to obtain the necessities of daily life like food, medicine, and fuel, as well as access to the vaccine,” ATA said. “We would much prefer to work with federal authorities to figure out how we can get more truck drivers voluntarily vaccinated, which would be good for public health and not cause additional harm to vital supply chains.”

ATA further said the Federal Motor Carrier Safety Administration, which regulates drivers and motor carriers already, would be better able to develop a regulatory system that “makes sense and ensures the best protection for our most valuable resource — the drivers.”

The letter also noted that leaving the logistics aside, drivers are also subject to limitations on their ability to drive under hours-of-service regulations to protect them and the public from the hazards of fatigue. “How that issue would interplay with the requirement for time off for testing or while awaiting testing results is an issue of substantial concern to our members, as is any state or federal wage and hour responsibility for the time testing,” ATA said.

ATA Executive Vice President of Advocacy Bill Sullivan said ATA has not been able to view the actual emergency rule, but wanted to inform the Biden administration of the challenges the mandate would pose for the trucking industry before it becomes final.

“We agree with the president’s goal,” Sullivan said. “We aren’t anti-vax. We are encouraging employees to be voluntarily vaccinated. We’re writing the comments because we don’t want them to get it wrong.”

An additional problem with the mandate is that it could cause truck drivers who don’t want to get the vaccine to quit with one carrier, and move to another, according to Sullivan.

“The letter is a sincere attempt to get these issues in front of OMB, which we believe are in the final stages of review,” he added. “We really hope that this is as public as we need to be. But we also wanted to set the stage that if in fact they get it wrong, we anticipate participating in litigation, if we need to.”