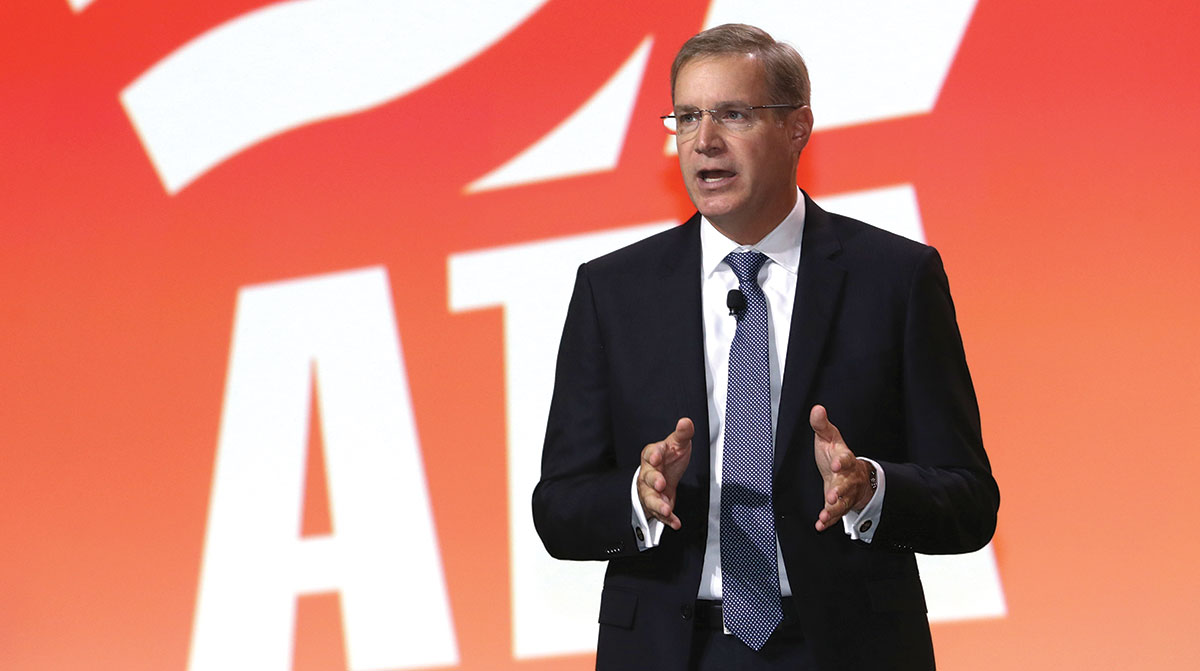 The proposal, which came from the Occupational Safety and Health Administration, was delayed by a federal court and then sent to the U.S. Supreme Court for review. A majority of the high court rejected the notion that OSHA had the authority to impose the law, and returned the case to a lower court. Not long after, OSHA abandoned the proposal.

Here, Spear discusses the reasons why ATA challenged the law. 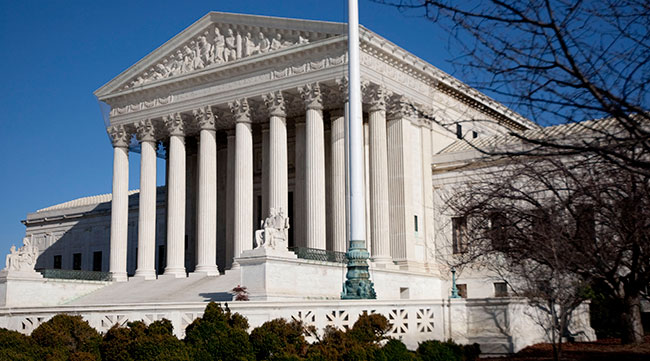 A majority of the Supreme Court rejected the notion that the Occupational Safety and Health Administration has the authority to impose a vaccine mandate. (Andrew Harrer/Bloomberg News)

TT: You’ve said this law would have had a tremendous negative impact on the trucking industry, and you and ATA took a very public stand against it early on. Ultimately, it was ATA’s legal challenge that was heard by the Supreme Court. Why did ATA weigh in on this issue as hard as it did?

Spear: That’s what the [ATA] members wanted, and that’s what the members expected. We were able to turn very quickly to a strategy, and execute quickly. That’s exactly what the industry needed, and we’re very pleased with the outcome.

TT: Was going forward in such a public way a hard decision to make?

Spear: I don’t think so. The impact that this would have had was immense. The ability to administer a test program in multiple states — if not 50 — for some of our members was simply impossible. We developed a narrative that we shared with the White House. We work very closely to educate those who were making this decision about the impact that it would have — not just on our industry, but all sectors of the economy. And it was very measurable on the supply chain.

The balance that you must have takes into account the economy and industries like ours, with public health policy. We didn’t see that with this decision — to put forth the mandate left us with no alternative but a challenge in court. The impact that it would have had was very compelling before the Supreme Court. That’s one of the reasons they broke our case out from the rest in our coalition, and made the decision that they made.

TT: Let’s talk the economic impact. The supply chain is having some serious problems. Had we had mandates, you believe we could have seen a lot of drivers leave the industry?

Spear: There’s no question. We’re short 80,000 drivers, exacerbated by the slow return to work. All segments of the economy were feeling it — had this mandate gone through, it certainly would have elevated the strain the supply chain was already feeling. And that’s what quickly created such a very strong coalition. It wasn’t just trucking; everyone is experiencing the impact of a shortage of talent. We’re no exception.

TT: You mentioned this coalition that pulled together. Tell us what happened.

Spear: A lot of other associations around town are familiar with trucking — they rely on trucking, they understand what we do. If you’re a manufacturing manager and you’re upstream, you’re trying to get those goods to market or to a downstream recipient. It’s going to be trucking that’s going to move those goods. In this case, [it was] public health officials we were trying to educate. The impact this would have had on test kits, on masks and the vaccine itself — from day one, we’ve been moving all of that. So when you remove more drivers from our workforce, you’re going to hurt public health policy. The president needs to do something where it balances public health with the supply chain, with the economic elements. That’s where trucking and all those we serve came together early on and got very vocal, very loud, and made it very clear that if they went down this path, we would come together and we would file suit.

We put together a very strong case backed with data — not rhetoric, not emotion — but real good facts. And that is what the court ruled on.

TT: You said when the decision was announced that this was the biggest win for ATA in the time you’ve been its leader. Is this bigger than the infrastructure bill the president signed a couple of months ago?

Spear: Well, it’s certainly in the top five. We’ve had a nice string of victories. Again, it’s what our members expect. We’re here to get things done. When we design an agenda, it’s realistic. It’s based on outcomes and reflects the needs of our industry.

TT: We had a conversation with Secretary Pete Buttigieg about an hour after the Supreme Court delivered their ruling. He said the administration was disappointed because they believe vaccine requirements save lives. But he also said there are a lot of ways to get there. Any difficulties you see working with them because you turned out to be the victor?

Spear: We didn’t gloat about it. I would expect the secretary to express disappointment. What I like about the secretary and his team is that they listen to us. They have us dialed in. We’re working collaboratively. I don’t believe that we are going to agree on 100% of the issues. The secretary took the time to listen. I think he understood — as well as the economic team at the White House — what the ramifications would be to the supply chain if this mandate went through. We said our drivers out there have a very low risk of exposure. They’re isolated, yet they’re moving 73% of the economy, including the vaccine. I genuinely believe that he heard that case and understood it. So I understand his disappointment.

TT: You’ve said this wasn’t a vaccine issue — it was a mandate issue.

Spear: I never went into our challenge with the notion that this was a pro- or anti-vax issue. This was, ‘If you’re going to put this mandate in place this is the number [of drivers] in our industry that could leave, and that’s going to have a measurable impact on the supply chain.’

TT: There’s been chatter that OSHA could consider using the regular rulemaking process to implement some sort of vaccine or testing mandate. Any thoughts on that?

Spear: If they execute that authority, we’ll see them in court. I think we have a good precedent for the Supreme Court to build on, and I like our chances. I hope they don’t go down that road. I wish their resources were used toward good safety and health policy, and not chasing something that’s already been bounced at the Supreme Court.