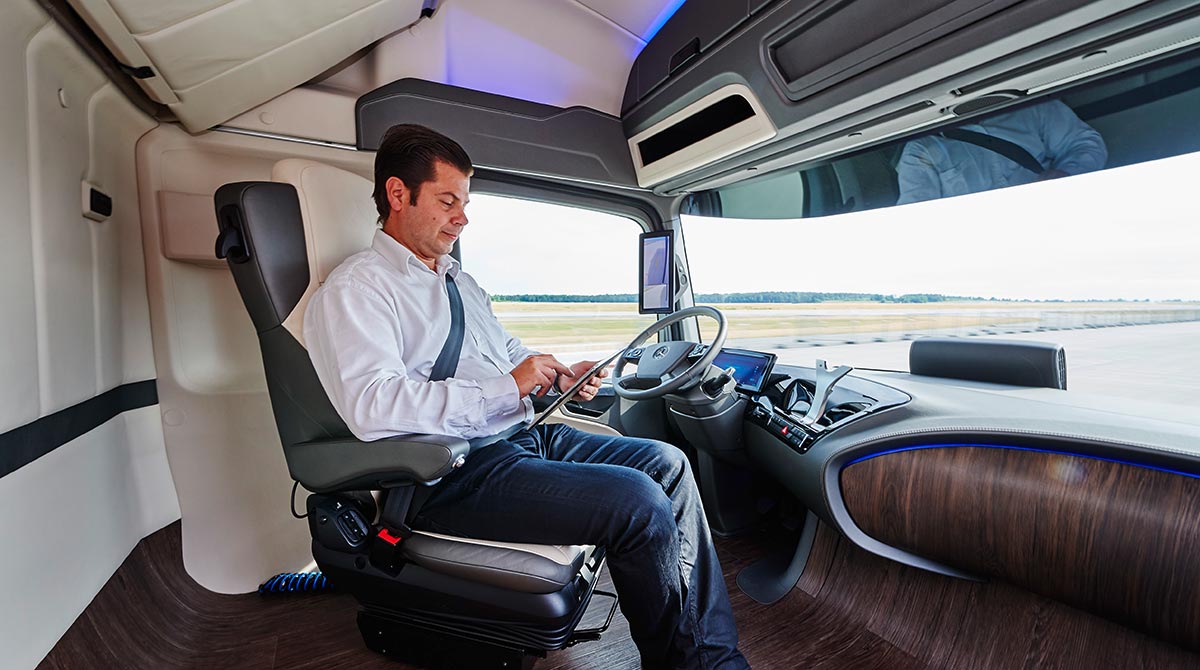 ORLANDO, Fla. — American Trucking Associations adopted its first policy on the development of automated trucks and continued to explore how automation might reshape the industry’s future.

The 21-point policy, unanimously approved by ATA’s board of directors on Oct. 24, formally spells out ATA’s positions on the emergence of automated driving technologies in trucking.

“The adoption of this policy gives a clear direction about what our industry will expect and require as policymakers establish a comprehensive framework for automated vehicles,” ATA President Chris Spear said here at the federation’s Management Conference & Exhibition.

The document states that automated and connected vehicle technologies hold the potential to “dramatically impact nearly all aspects of the trucking industry,” including safety, emissions, productivity, efficiency and driver health and wellness.

It also states that the deployment of automated driving in trucking will center on technologies that retain a role for the driver.

ATA already has been engaging on this topic from Capitol Hill to state trucking associations, “but to put this all together in one document with the headings and 21 points, we think, is a good way of organizing it and presenting it to the public and to public officials,” said Mike Cammisa, ATA’s vice president of safety policy and connectivity.

Also at MCE, several technology experts and industry leaders shared their visions for how automated driving could change trucking, and discussed some of the challenges.

He also said technological advances could dramatically reduce the cost of transportation, in part by cutting labor expenses and even removing the truck cab altogether in fully autonomous applications.

Other speakers and executives argued that unmanned trucks on public roads are either infeasible or very far into the future.

Drivers can respond to difficult traffic situations or unexpected conditions that are challenging to automate, he said, adding that drivers also handle essential non-driving tasks such as vehicle inspections, customer service and regulatory compliance.

The pathway toward higher levels of automation was also a panel discussion at MCE on Oct. 22. 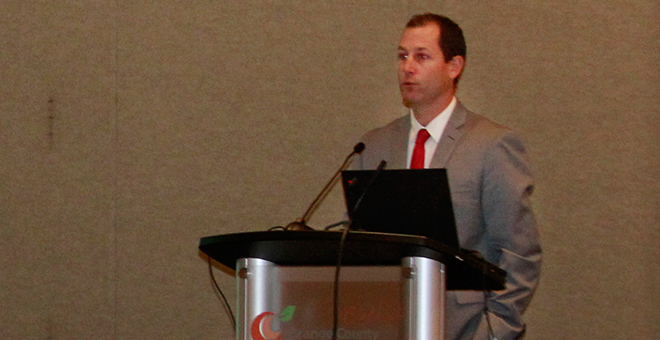 “At the end of the ADAS journey lies autonomous operation,” where the vehicle is capable of driving itself under certain conditions without the need for a human operator, he said.

But achieving that level of automation will require further advances in onboard technology. Highly automated trucks will be enabled by machine learning, more advanced sensors such as lidar and much greater computing power, Oster said.

Questions also remain about how the government will regulate automated vehicles, whether trucking companies will purchase it and whether the motoring public will accept it.

“It is an exciting time to be innovating, and you can feel the excitement and enthusiasm,” but it’s going to take “a lengthy amount of time” to validate that the technology is safer than a human driver, Oster said. “It is not a sprint, but rather a marathon.” 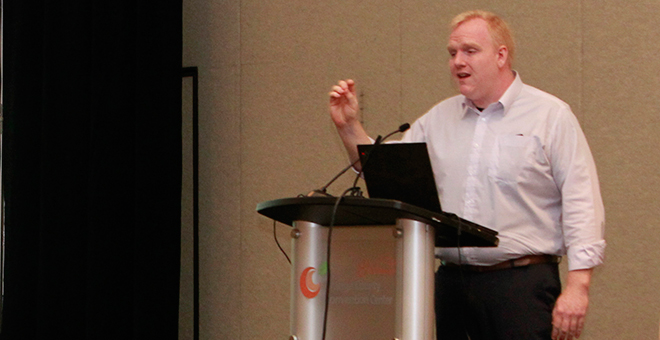 Ben Sawyer, a postdoctoral associate at the Massachusetts Institute of Technology and an expert on human-machine interaction, said developers will need to refine the way that information is shared between the human driver and the automated driving system. For example, the question of how best to alert the driver when he or she needs to re-engage is “extremely important, and not a solved problem at the moment,” he said.

Even with the emergence of automated driving systems that incorporate radar, cameras and lidar, the human remains the best sensor in the vehicle, Sawyer said. “When it comes down to understanding tricky situations, the human is still very much the state of the art, and that’s not going away any time soon.”

While it will be up to the federal government to set the vehicle safety standards, the states will handle other aspects of automation, such as licensing the drivers, registering the vehicles, enacting and enforcing traffic laws and setting rules for insurance and liability. 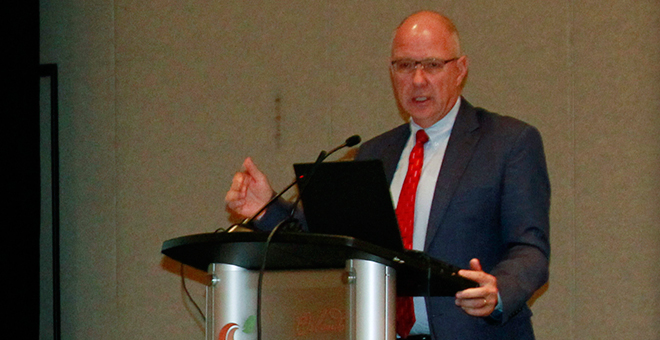 Kirk Steudle, director of the Michigan Department of Transportation, emphasized that legislators should take a measured approach to automated vehicles and let the technology continue to develop without alarming the general public.

Truck platooning, he said, will be a good place to start, and will help prepare the motoring public for other forms of automation.