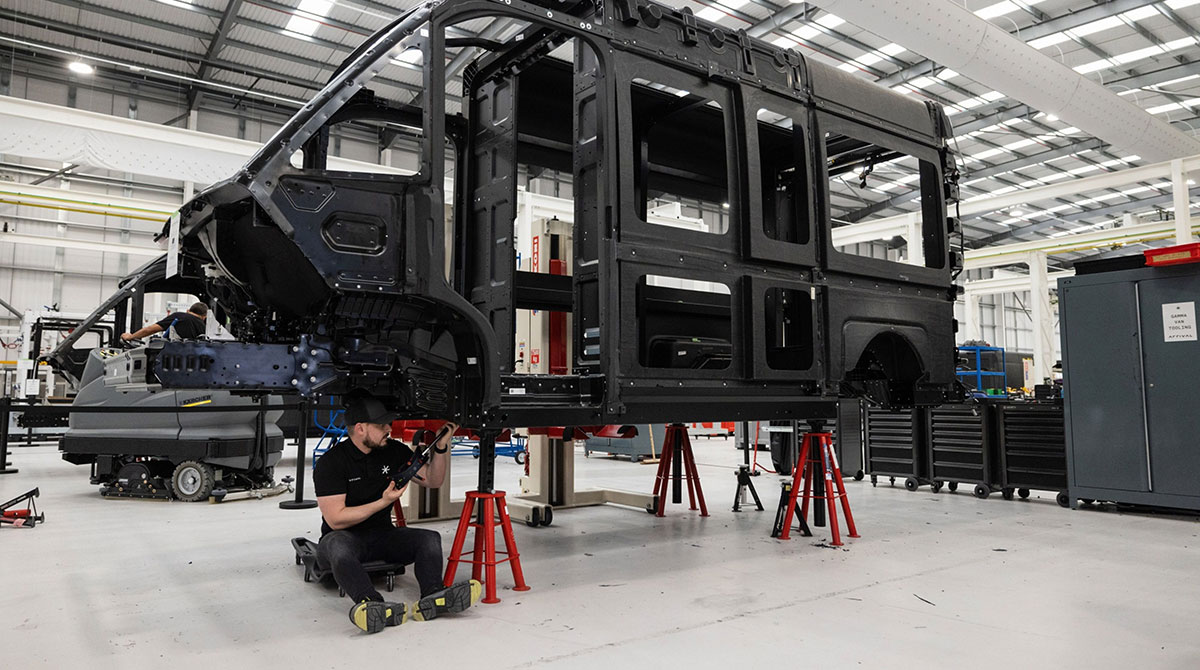 An employee works on a prototype electric van at Arrival’s R&D facility in the U.K. (Chris Ratcliffe/Bloomberg News)

When Arrival, the primarily U.K.-based electric van and bus maker, was preparing to go public via a blank-check deal early last year, its ambition seemingly knew no bounds.

This would be the company’s first year of revenue, and Arrival forecast it would generate more than $1 billion. The company expected about $5.1 billion in 2023 and $14.1 billion in 2024. The Wall Street Journal noted this dash past the $10 billion sales mark would be years faster than Google, which crossed that threshold in record time for a U.S. startup.

But earlier this month, Arrival disclosed a series of setbacks continue to plague its efforts to start production, telling investors it doesn’t expect any revenue at all this year. The bus the company just got certified for European roads will be set aside indefinitely while it focuses on beginning to build vans for UPS Inc., which years ago invested in the startup and ordered 10,000 vehicles.

Arrival opened the doors of its research-and-development facility this week in Banbury, northwest of London, to make clear that while its other big customer — major U.K. operator First Bus — will have to wait for its wares, all enthusiasm is not lost.

“The focus right now for the organization is to start production on the van, because once that happens, we fundamentally rewrite the rules of the industry,” Avinash Rugoobur, Arrival’s president, said in an interview.

Arrival has all the same things going for it that it did when Denis Sverdlov, its founder and chief executive officer, was making similar proclamations about disrupting the status quo before merging his startup with a special purpose acquisition company. Rather than rely on the single-speed conveyer belt production method honed for more than a century, Arrival would apply what it calls a technology cell approach to manufacturing. Autonomous mobile robots developed in-house would pick and place parts in various stations for highly automated processes.

Whereas Tesla refers to its plants as giga-sized, Arrival calls its facilities microfactories. All the company expected to need to make vans and buses were small warehouses, $60 million or so, and six to 12 months. This was an extremely promising prospect for an industry that’s used to massive construction sites costing hundreds of millions or billions to develop. This, along with the process of designing new vehicles and commissioning new factories, typically takes several years.

This radical rethink would have been difficult to pull off in normal times. Throw in a pandemic, supply chain crises, inflation and war, and it’s no wonder Arrival learned the hard way it was trying to do too much. Just building prototypes is costing the company 25% or 30% more now than it would have only six months ago. Supplier shortages and delays have been setting back plans to validate software, conduct durability testing and book time at proving grounds.

Sverdlov said earlier this month Arrival would operate in a “downscaled” manner through at least next year so that it won’t need to raise more capital, though it’s not ruling out considering additional sources. It’s targeting a 30% spending cut across the company and has said it may dismiss roughly that portion of its more than 2,600 employees.

“Arrival needs to prove that the microfactory works,” Rugoobur said. “We can say whatever we want, and you can see all the YouTube videos that you want. But it’s only when you come in and see the factory for yourself, and you’ll see how it all comes together, that you truly understand the impact of it.”