The Arkansas Trucking Association supports an increase in the state’s portion of the gasoline and diesel tax to make roads and bridges safer.

Shannon Newton, president of the Arkansas Trucking Association and a member of the governor’s task force on highway funding, said a short-term goal on the state level is to raise $110 million for improvements and maintenance of the 12th-largest state highway system in the nation. 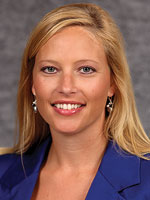 “It’s the most obvious, readily available method,” Newton said of a gas-tax increase before 185 members of the Fort Smith Regional Chamber of Commerce during a monthly breakfast meeting. “It’s the best option.”

Arkansans pay 21.5 cents in tax on a gallon of gasoline and 22.5 cents for diesel. The federal government takes an additional 18.4 cents per gallon of gas and 24.4 cents per gallon of diesel for the Highway Trust Fund, which has become insolvent over the past five years due to people driving less and more fuel-efficient vehicles. No adjustments have been made to fuel tax since 1993.

In April, also speaking to the local chamber, Arkansas State Chamber of Commerce President Randy Zook also called for a 5-cent increase on the state’s portion of the gas tax. Such an increase would amount to about $40 per person a year, he said, using the annual average of 800 gallons of gas per person.

Sam T. Sicard, president of First National Bank of Fort Smith and chairman of the Fort Smith chamber, said he believed that it has been “negligent” to not adjust the gas tax for inflation over the course of 23 years.

The state pays for highway projects up front and then seeks federal reimbursement. The Arkansas State Highway Transportation Department had to put a halt this summer on annual overlays and maintenance projects that average $150 million annually. Many of those projects were reinstated after the federal government was able to approve a funding transfer to the Highway Trust Fund.

Speaking as an advocate for the state’s transportation industry, which accounts for one in 11 jobs in the state, Newton said “the roads are their offices,” and safety for drivers is a “significant issue.” Newton believed that the politically unpopular idea of increasing the gas and diesel tax has “fallen on deaf ears,” despite the sincerity of the problem. More than 2,600 of the state’s 5,800 or so bridges are at least 50 years old, she said, quoting the American Infrastructure Report Card.