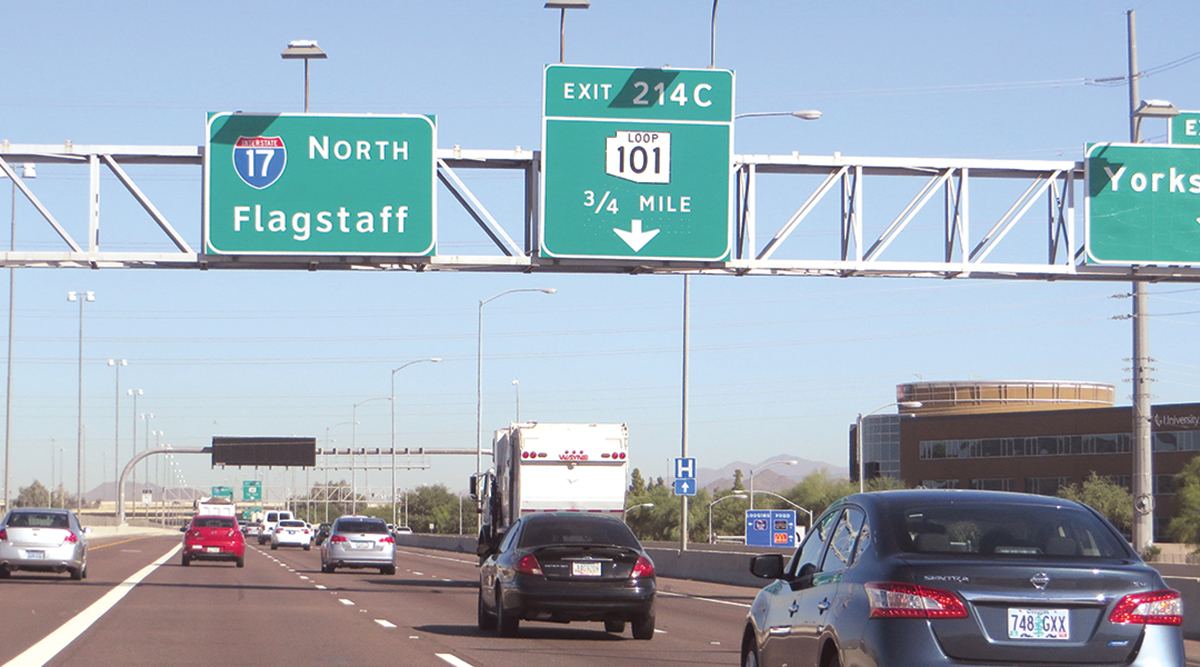 Traffic on Arizona Interstate 17. The project will involve adding a third lane to both sides of a 15-mile stretch of I-17. (Ken Lund/Flickr)

Arizona Gov. Doug Ducey has announced a project to improve a stretch of Interstate 17, an important north-south route linking Phoenix and Flagstaff.

The project, a partnership among federal, state and local government agencies, will involve adding a third lane to both sides of a 15-mile stretch of I-17 between Anthem and Black Canyon City. The project also will include two “flex lanes,” which will be constructed along the portion of interstate between Black Canyon City and Sunset Point.

According to Ducey, this stretch of I-17 sees more than 50,000 vehicles on a busy day. He announced the project at an event in Anthem on Sept. 26, flanked by representatives of local businesses, transportation groups, the Arizona Departments of Transportation and Public Safety and the Arizona Office of Tourism.

“With this new expansion, I-17 will be less congested and safer than ever before,” Ducey said at the event. “It means a greater peace of mind along this busy stretch of highway. This expansion project is a true collaboration, an investment on the local, state and federal levels.” 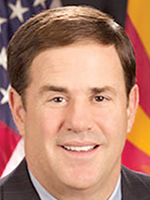 Ducey noted the corridor forms an important link for travelers visiting popular sites in northern Arizona, such as Sedona, Prescott and Flagstaff.

The flex lanes between Black Canyon City and Sunset Point will function as a separate two-lane roadway. ADOT Director John Halikowski said the flex lanes will be available for use depending on need. For example, they may be used to carry heavy northbound traffic on a Friday afternoon or southbound traffic on a Sunday. They also may be useful if there is a closure on the stretch of regular interstate.

“While the new lanes can’t prevent all the closures or delays from happening, increased traffic capacity will improve the movement of people and products along I-17,” Halikowski said. “We believe the plan we have in place will keep traffic moving and, most importantly, will improve safety.”

The project is supported in part by $130 million that has been approved in the state budget for fiscal 2020. The Maricopa Association of Governments is investing $50 million. Maricopa County covers the Phoenix metropolitan area, encompassing 40 miles of I-17.

ADOT received a federal Infrastructure For Rebuilding America grant for $90 million earlier this year in support of the project. The INFRA grants, announced by Transportation Secretary Elaine Chao on July 25, support highway and bridge projects.

Construction is expected to begin in 2021 and finish by 2023. Halikowski urged people to exercise patience as they navigate the route while construction is going on, stressing that ADOT’s responsibility extends to road crews as well as travelers.

Halikowski also asked people to stop speeding and driving distracted. Col. Frank Milstead, director of the Arizona Department of Public Safety, said that 40% of all the collisions that take place on I-17 are speed-related, and 90% of the collisions are attributable to driver error.

“If everyone works together and realizes that driving is a little bit like dancing, you’ve got to get along with your partner and use the roadway together, we all can get where we’re going safely,” Milstead said.