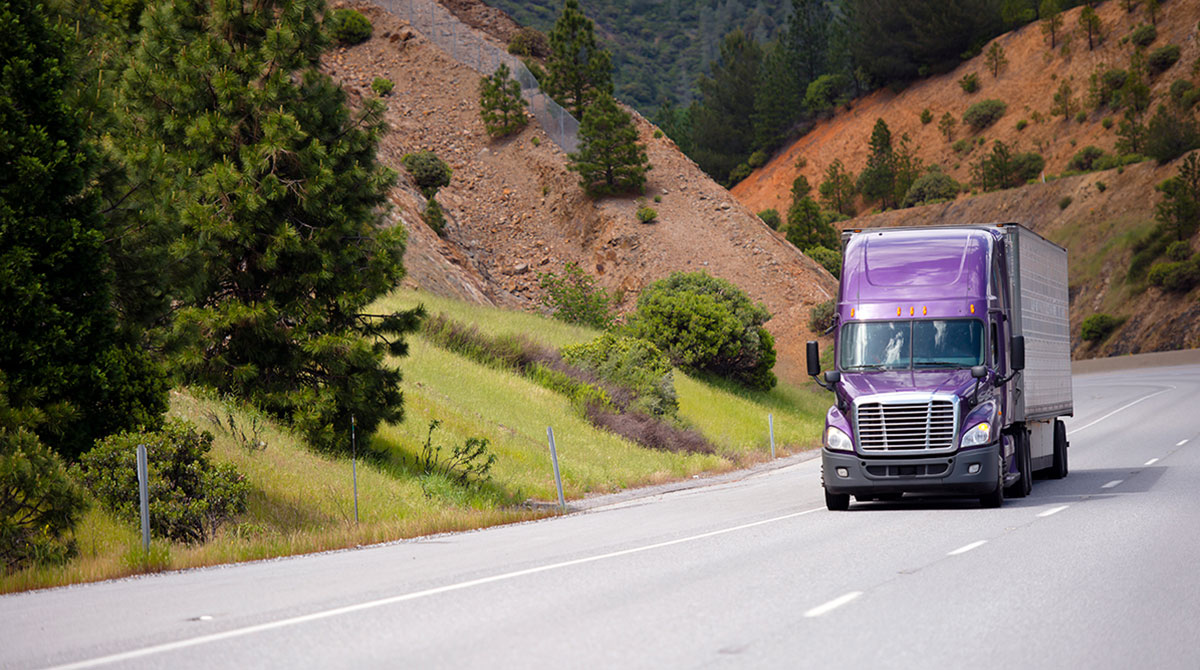 A truck travels on a road in California. (vitpho/Getty Images)

A three-judge panel of the 9th U.S. Circuit Court of Appeals has rejected a lower court’s preliminary injunction that blocked the immediate implementation of California’s Assembly Bill 5 law, which motor carriers have claimed would make use of independent contractors next to impossible.

Specifically, in a 2-1 decision handed down April 28, the appeals court said that claims by the California Trucking Association were not pre-empted by the Federal Aviation Administration Authorization Act of 1994, and that CTA’s court efforts were “unlikely to proceed on the merits.”

The appellate panel said the district court abused its discretion by enjoining the state of California from enforcing AB 5 against motor carriers doing business in California, saying the law is a “generally applicable labor law that affects a motor carrier’s relationship with its workforce and does not bind, compel or otherwise freeze into place the prices, routes or services of motor carriers, and is not pre-empted by the FAAAA.”

As a result, the injunction CTA had obtained from the district court against enforcement of AB 5 against motor carriers is overturned and will be dissolved in the near future, the court said.

The earlier district court ruling held that CTA had standing and was likely to succeed on the merits of its claim. It therefore enjoined the state from enforcing AB 5 against any motor carrier doing business in California. The California attorney general and the International Brotherhood of Teamsters appealed the district court ruling to the 9th Circuit.

In a statement, Shawn Yadon, CEO of CTA, noted that the preliminary injunction had blocked the state of California from enforcing AB 5 upon motor carriers and independent owner-operators conducting business in the state.

“We continue to stand by our initial claim that the implementation of AB 5’s classification test is pre-empted by federal law and is clearly detrimental to the long-standing and historical place California’s 70,000 owner-operators have had in the transportation industry,” Yadon said. “The California Trucking Association will take any and all legal steps necessary to continue this fight on behalf of independent owner-operators and motor carriers operating in California.”

In a dissenting opinion, Judge Mark Bennett wrote that AB 5 “both affects motor carriers’ relationship with their workers and significantly impacts the services motor carriers are able to provide to their customers, and it therefore is pre-empted as applied to California Trucking Association’s members.”

The appeals court heard oral arguments on the case in June.

Chris Spear, president of American Trucking Associations, called the decision “just more of the same coming out of California.”

“California is the breeding ground for all bad policy,” Spear said in an interview with Transport Topics Radio. “That is definitely policy that is going to rewrite, reclassify and eliminate people’s right to choose their occupation.”

Yadon said CTA officials have yet to decide if they will appeal the decision. One avenue the association could take is to ask for a rehearing before the entire appellate court.

The second part of the three-prong test is the one that many carriers say they have found next to impossible to demonstrate.