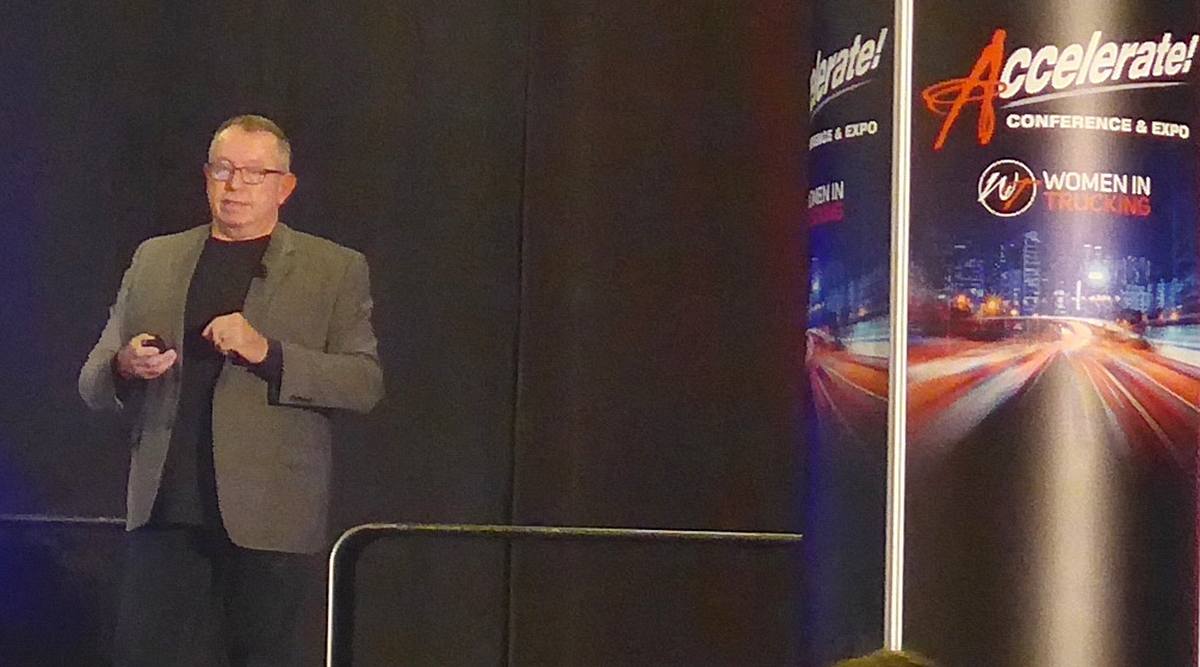 Dean Croke of DAT Freight an Analytics thinks the shift of more goods arriving on the Gulf Coast and Eastern Seaboard versus West Coast ports is permanent. (Noël Fletcher/Transport Topics)

DALLAS — Higher operating costs, more volatile market cycles and a shift from West Coast ports are characteristics of the post-pandemic freight market, according to an industry analyst.

“There’s a new floor in what it costs to run heavy vehicles,” said Dean Croke, principal analyst at DAT Freight and Analytics, discussing how the long-term financial effects of the pandemic have changed the transportation business during a Nov. 16 presentation titled, “Market Outlook 2023: The Economy and Freight,” during the Accelerate! Conference and Expo hosted by Women In Trucking Association.

Croke said a substantial rise in operating costs has had a wide impact on carriers. Higher diesel prices are causing freight contract rates to rise, with shippers paying fuel rates of around 68 cents per mile. At the same time, many carriers “don’t know their operating costs,” he added.

“Every carrier is rebidding contracts, with carriers trying to lower their costs,” Croke said. 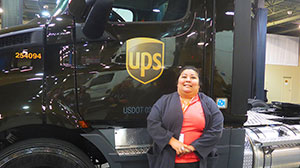 Contract rates for freight, which account for 90% of loads, have increased up to 22 cents per mile year-over-year, but are dropping, he said.

Contract rates also appear to be settling into a more traditional pattern of following within a four- to six-month cycle of falling spot rates, he said. Contract rates for dry van shippers have dropped to 23 cents, down about 7.8% since April.

“In the trucking industry, you have to understand the demand for what you have,” he said. “Flatbeds are in for a rough time. Between now and March, they face a dark winter.”

However, Croke noted “minimal carrier churn” among shippers who “are sticking with carriers who played nicely during the pandemic. In return for cost savings, they’re awarding more volume on key lanes.”

In terms of dry van truckload demand, he said the usual peak period for van freight looks more flattened as the market returns to normal. Many retailers already have inventory in position, or have tempered their expectations for the holidays. 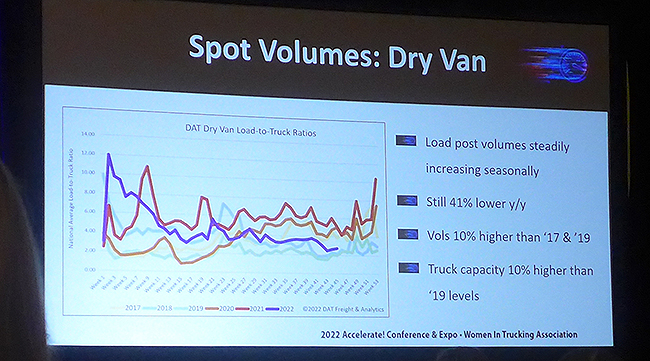 He also noted this year has seen a significant redistribution of import volume, as cargo shipments have been moving away from the West Coast and into ports along the Gulf and East Coasts for warehouse distribution access that can speed delivery to consumers.

The shift is a departure from traditional freight movements, which typically were marked by ships from Asia arriving in California, Washington and Oregon ports for distribution across the nation. Now, more cargo is being dropped off closer to final interior destinations.

Croke views this as a likely permanent change, especially due to significant warehousing being built around Gulf Coast and Eastern ports. To illustrate this point, he noted that shipped goods he receives in Boston arrive on the East Coast for distribution warehouses in Pennsylvania. From there, they’re moved to more densely populated cities within a roughly 300-mile range to cities such as Boston and Washington, D.C.

Another important change is that freight market cycles are happening more frequently. “Cycles are getting faster, with bigger peaks and valleys, and coming quicker,” Croke said.